NOVA: Is There Life on Mars? 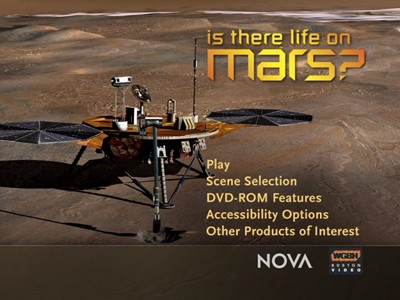 When I was a kid, I had a friend whose family had a set of Time Life books that spanned a variety of subjects regarding the universe we live in. The final book in the series was my favorite, though, and the one I tried to sneak a peek at any time I visited. It was the book on outer space, on what was beyond our own atmosphere, and it included chapters on each planet in our solar system. These featured artistic interpretations of what alien life maybe could have been like based on our knowledge at the time. Pluto was still a planet, and it had purple and white creatures that leapt into the sky on springy legs. If I recall, the Martians were the opposite, craggy orange creatures, earthbound, designed to survive the hot weather. Just imagine!

This was the early to mid-1980s, and I had no idea until watching NOVA: Is There Life on Mars? that at that time there really was no effort being made to determine if anything was thriving on our galactic neighbors. The late-70s Mars landing had convinced far too many that the planet was dead, leading in a halt of Mars exploration until 1996. In the last five years, the journey has taken some surprising turns, beginning with discoveries made by the Mars Rovers in 2004 and most recently with the Phoenix Lander last May. Turns out, Mars is more different and surprising than we could ever have imagined.

Little did the young boy in Agoura, CA, know that we would be talking about heat and salt-resistant microbes rather than clawed creatures with funny eyes, but that is exactly what scientists are looking to find. This NOVA episode covers the history of mankind's missions to Mars, from the Soviet attempts in the 1960s through to now, seeing how technology has grown step by step, changing what we saw and thus changing what we hoped to look for. The back half of the program is focused on what the Rovers found and, in more detail, the pictures the Phoenix took. With each new discovery, new debates arise, and this 56-minute show attempts to sort them all out to get a snapshot of what we know and guess at what we might find out next.

Whenever I watch a show like this, I get the impression that scientists are having a lot more fun than we realize. It's a sad fact that most of our science teachers in high school and college somehow made science boring, but to watch these space cases get all hyped up on the buzz of knowledge as their interstellar robots beam data back to them is to get a contact high of brainpower. I was glued to my TV waiting to see what Phoenix would stir up next. Would they ever get the soil to sift through the grating into their TEGA cooker? I never thought I'd want to know so bad!

So, if you ever once dreamed of being an astronaut yourself, or ever stared at the stars and wondered if anyone was staring back, NOVA: Is There Life on Mars? might just be your thing. I was unaware of the leaps and bounds our finest minds had made in just the last nine months, and I've never felt more invested in the hope that our quest to know more about what lies beyond our own atmosphere would continue. Compelling stuff! 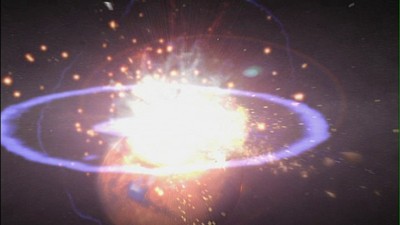 Video:
NOVA: Is There Life on Mars? is a recent production made for public television, and the folks at PBS have pulled out all the stops to make sure this looks as good as can be. The anamorphic widescreen transfer is flawless.

Sound:
The English stereo mix is crystal clear, and it also comes with not just Closed Captioning for the deaf and hearing impaired, but also an extra audio channel that describes some of the more detailed video for the visually impaired.

Extras:
Extras are geared towards educators and further information. Namely, there are printable materials on the disc for use in a classroom environment and links to the NOVA website for added features plugged during the program.

FINAL THOUGHTS:
Recommended--highly so in terms of content, but given that this is a short DVD with essentially barebones packaging, you're not going to really spend a lot of time with this disc. Still, I loved watching NOVA: Is There Life on Mars?. It both made me feel stupid for not being better clued in to what our scientists are digging up on our neighboring planet and also better informed now that I have watched it. So much of this should astound you, and it will make you realize how small our silly internets and other technological advances really are when stacked against what we don't know. 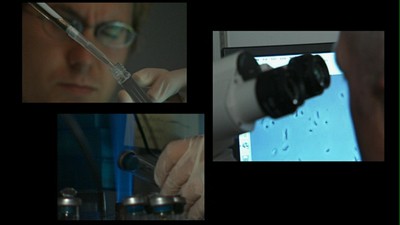