Mysterious Cities of Gold, The 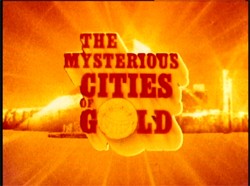 When it comes to children's cartoons from the 80's there are many titles that spring to mind. Thundercats, Transformers, G.I. Joe, He-Man, She-Ra, the list goes on and on. But do you remember The Mysterious Cities of Gold?

The show was originally produced in 1982 by DiC and Japanese animation company Studio Pierrot. With international origins it should be no surprise that The Mysterious Cities of Gold was a hit all across the globe. From Japan to France, the UK, Australia, and eventually the U.S. (via Nickelodeon), the show turned out to be quite popular. Unfortunately it didn't catch on in the States quite as well as it should have, and it simply avoided mainstream attention probably due to the exclusivity of it being featured on a cable channel. That's a shame really, because this is one of the truly outstanding productions from back then and it is every bit as entertaining today as it was over twenty years ago.

For years now fans have been longing for someone, anyone, to release the show on DVD. Their prayers were answered when it was announced that a UK release was on the way thanks to Fabulous Films. The show hit Region 2 with a nice little boxed set with all 39 episodes last June, and now almost a year later we finally receive a similar treatment for our region. For the purposes of this review we are looking at the six disc Deluxe boxed set with all the bells and whistles. There is a regular boxed set available as well, but the only difference between that collection and this one is some of the packed in promotional material discussed below in the extras content. 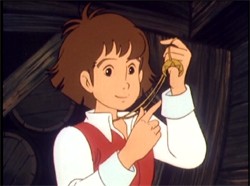 The Mysterious Cities of Gold takes place in the year 1532 and begins in Spain. Everyone is going on about the New World to the west and a couple of guys named Sancho and Pedro are at the local pub telling stories about their impending voyage to search for the cities of gold. Listening in on their conversation is Esteban, an orphan living at the local church who was rescued as a baby while adrift at sea with his father. Considered to be the Child of the Sun, Esteban possesses a medallion around his neck which is rumored to be from a golden city. A man named Mendoza introduces himself to Esteban and tells the boy that he was the one who rescued him, filling his head with the notion that his father may still be alive somewhere.

Mendoza convinces Esteban to travel to the New World with him aboard the Queen's ship in order to find his father. Little does Esteban know but Mendoza has also kidnapped a young Incan girl named Zia, and is planning on using the two of them to find the city of gold. With his little trick and the kidnapping, you'd presume that Mendoza is a bad guy though that's not exactly the case. He doesn't wish the kids ill-will at all, but rather sees an opportunity to utilize them to fulfill his golden goal. Their journey to the New World is kind of a bumpy one and it's not long into the show that they make enemies out of the Spaniards they are traveling with. They also meet a young boy named Tao, who is the surviving member of the Hiva Empire, and he joins them in their quest. 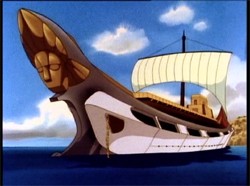 When they finally land in the New World, breadcrumbs litter their path. Ancient stories and relics guide them to new people and places. Each episode builds up to something and there are several climaxes throughout the show. For instance an early adventure has them discovering a massive and ancient ship from Tau's ancestors. Another involves finding a faux city of gold that holds another icon from the show, the golden condor. And of course, there is always the goal for Esteban and Zia to find their fathers. Little by little the pieces come together until finally almost all the questions are answered. The Mysterious Cities of Gold definitely wasn't like so many other shows from the early 80's. There's a great deal of continuity here and it only has a few standalone episodes, though thankfully they don't mess with the pacing too much. 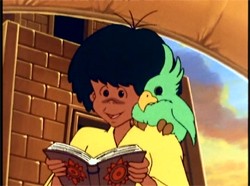 From start to finish The Mysterious Cities of Gold tells a fantastic story. The mystery surrounding the seven cities of gold will keep you guessing for a great deal of the show. Some of the stuff can be a little hokey, and the introduction of a specific group of characters towards the end has always rubbed me the wrong way, but all around this is a great show that stays very consistent throughout.

Whether you were a fan of The Mysterious Cities of Gold when it aired on Nickelodeon, or you simply have never heard of the show, this boxed set is highly recommended. Fabulous Films did a great service to the series with its presentation, and the quality of the program stands out based on its own merit. This is one of the classics that will simply never go out of style. Sure it may have a misstep here and there, but the fact that the core story is strong, and the characters are memorable keeps it timeless. 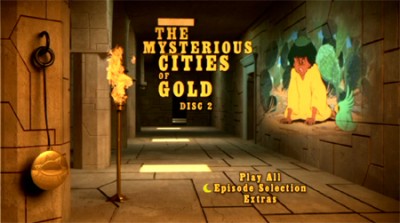 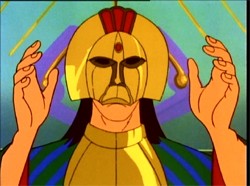 The Mysterious Cities of Gold is presented on DVD with its original 1.33:1 full screen aspect ratio. Before we really get into the quality of the picture, let me just say that this show wears its age well. Considering it is 27 years old and the original print didn't receive the greatest of care, Fabulous Films did a nice job of bringing everything together. Despite their best efforts they were unable to completely restore the show (that would take a larger budget and better source material).

The video in The Mysterious Cities of Gold is affected by dirt, occasionally full of grain, there are scratches, and some of the color has faded in parts. The abundance of each of these elements varies greatly from episode to episode and scene to scene. With regards to some of the work Fabulous did here, there are many moments that truly stand out compared to the rest. When you watch a scene that has a solid image and vibrant, natural colors, it will really stand out. A majority of this release maintains this level of quality, so kudos to Fabulous for the nice job they did! Still, if you're coming to this show you have to take the picture quality with a grain of salt and watch it with the understanding that the film is more than 25 years old.

Likewise the sound quality in The Mysterious Cities of Gold is good, but it definitely shows some age. From the catchy theme song and incredible soundtrack to the voiceovers and sound effects, everything sounds like you'd expect it would. Some moments in the show come across as tired with scratchy or muddied audio. For the most part the quality ranges from acceptable to good. 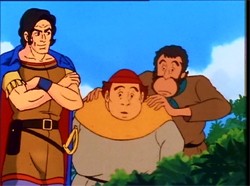 The Mysterious Cities of Gold is presented on DVD in two varieties. There's a regular boxed set which contains six discs with supplemental content (which I'll be discussing in a moment). Then there's the Deluxe Version which has the same six discs, but includes additional material to entice fans with. With the Deluxe Version you're getting a fold-out poster with character artwork on one side and a map of where Esteban traveled on the other. The box set also includes six postcards with some fantastic art from the show and a 12 page booklet with historical facts and information. A very cool 32 page booklet with information about each episode is also included as well. It also contains details on the characters and a lot more artwork.

With each of the 39 episodes Fabulous Films has included the original historical bits. These short clips contained pertinent historical information to moments in each episode, whether the characters went to a particular location, met a new tribe of people, or learned something. They aren't quite documentary worthy, but for a children's programming and as a way to educate youngsters who are watching the show they definitely add a lot of value. Each episode also includes a synopsis of the story, a review of the previous episode, and preview for the next.

The rest of the bonus features are broken up across the six discs here. Unfortunately there is no information on any of the booklets or packaging to denote what features are on what discs. I guess that means you have to explore! 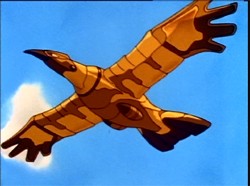 The first disc includes a textual synopsis of the series, four brief deleted scenes (presented with no sound), an alternate intro sequence for the first episode, two storyboard pieces presented in realtime, and a treasure trove of original production drawings. On the second disc we find an interview with members of the original dubbing cast (29:31). This proved to be one of the meatiest and most interesting inclusion on this set since Shiraz Adam (Esteban), Janice Chaikelson (Zia), Adrian Knight (Tao), and Howard Ryshpan (Mendoza) offer a great amount insight into working on the show and what they took away from it, considering the kids in the show were in fact kids when they were recording it.

The material on the second disc continues with the same cast members recreating a scene and showing us how they did it. There's also a list of cast members and their biographies, character drawings, character biographies, and another storyboard sequence. For the third disc things get skimpier with a textual interview with Mitsuru Kaneko, another realtime storyboard sequence, and two galleries with bits from episodes and the opening sequence. The fourth disc kicks things up a notch again with members of the original French production team talking about making the show (36:26). It's very interesting and there's a lot of insight behind the series as far as what went into making it and how it came to be the classic it was. Some biographies are included for production crew as well as more original drawings and a random art gallery. The fifth disc features a little deleted scene for Episode 32, some more production drawings, and sales brochures for French, Japanese, and English. Closing out the collection on the sixth disc is another storyboard sequence, additional production drawings, DVD credits, and a karaoke version of the theme song. 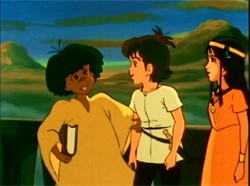 The Mysterious Cities of Gold is a timeless show that offers memorable characters and a robust story. I think part of the show's success also has a lot to do with the way it approached the material. This was a cut above the average children's cartoon with loads of historical facts and some elevated plotlines. It never really talked down to its target audience and sought to educate as well as entertain. That's something missing from most kid's programs today and because of that The Mysterious Cities of Gold remains a gem.

This Deluxe boxed set is a perfect way for fans of the show to get it into their collection. Don't waste your time scouring Youtube for videos or looking for illegitimate copies, Fabulous Films' edition is remarkable in so many ways. From the restored portions of the program to the bonus features and packed in material, this Deluxe set is a must have. Highly recommended.