"See the dwarves and see the giants
Which one would you choose to be?
And if you can't get that together
Here's the answer, here's the key
You can freeze like a 30 Century Man" 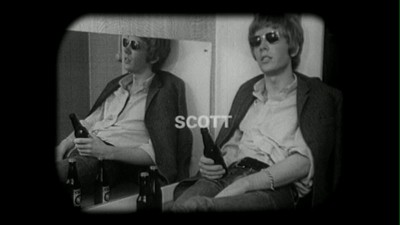 If you find yourself looking at this and wondering, "Who the heck is Scott Walker?" then have no fear, the documentary Scott Walker: 30 Century Man is here to answer just that question. Director Stephen Kijak (Cinemaniacs) poses that very same query at the start of the movie, making it his thesis statement. It's Kijak's goal to use cinema to get to the inner workings of this strange, enigmatic artist. An American ex-pat who joined the semi-manufactured Walker Brothers in the 1960s and became an international pop start, Noel Scott Engel, redubbed Scott Walker, was a baritone crooner in pursuit of a sound in his head. When record company pressures threatened to push that sound further and further away, Walker dropped out until the time was right, until forces realigned to make his work possible. This means years between albums. In the last thirty years, he has literally released one album a decade. Albums he's never listened to more than once. As soon as he approves of the final mix, he moves on.

The occasion for this particular exploration is Walker's 2006 disc, The Drift, and for the first time ever, the reclusive musician allowed access to his studio while he was recording it. Kijak and his cameraman/editor Grant Gee (the man behind Radiohead's Meeting People Is Easy) received unprecedented access, getting not just a long sitdown with Walker but also an amazing glimpse at how he makes his intriguing, sometimes dissonant music. We get to see Walker playing with giant thimbles and instructing his percussionist on the proper way to punch a rack of meat to get the sound he is looking for. It's bizarrely inspiring. 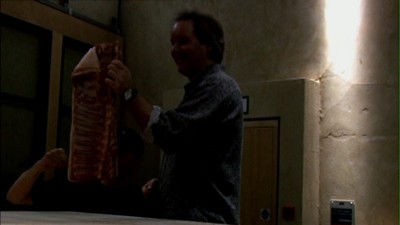 More inspiring, in fact, thanks to the history laid down by 30 Century Man. This documentary is as far away from a gossipy episode of "Behind the Music" as you're likely to get, largely avoiding personal details about Scott's life and relationships--though we do learn it was a Playboy Bunny that changed musical history by introducing him to Jacques Brel records--and instead tracking his output. Thus, we go from teenager struggling to find his niche to the UK pop explosion of the Walker Bros., Scott going solo, a boom and a bust, and so on from there, giving a lot of time to his more recent groundbreaking, unclassifiable efforts. In all the details, Scott Walker is a lucid, candid interview subject, a raconteur of the finest caliber. His memory for events and his ability to analyze what went wrong while avoiding any "woe is me" or "the world is unfair" declarations are both marvelous.

In addition to their scenes with Walker, the filmmakers also bring in a bevy of interview subjects to discuss their impressions of the Scott Walker legacy and the impact he has had on future generations. There are people who were there, such as one-time manager Ed Bicknell, orchestral arranger Angel Morley, and Scott's production partner since the 1980s, Peter Walsh, all of whom can provide insight into how things have come together over the years. We also get to hear the opinions of other musicians who have been touched by Walker's influence, ranging from contemporaries like Brian Eno, Lulu, and David Bowie (who also executive produced this movie, and has even covered a Walker track in the past) to younger musicians who found him much later, including members of Radiohead, Johnny Marr, Alison Goldfrapp, Damon Albarn, Dot Allison, and Jarvis Cocker and Richard Hawley, both members of Pulp when Walker produced their We Love Life album. There is an incredible sequence where the filmmakers play songs for the commentators and record their reactions, serving as a quick primer to some of Walker's more famous tracks. 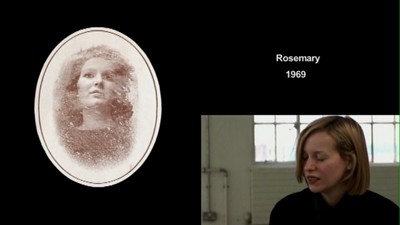 Keeping the primary focus on the creation rather than the creator means that viewers coming into Scott Walker: 30 Century Man cold will come out of it feeling well versed in the Scott Walker discography--and hopefully inspired to get their hands on it. Many commentators talk about how Walker was a hidden secret for so many years, how hard it was to find his recordings prior to the digital revolution. He's one of those artists where knowledge of his existence is like owning a password to a secret club, and it does remind us that before our era of media saturation, it was possible for a talent at this level to remain a mystery. Though part of me wishes we could have gone even further into how Scott Walker's mind works, I have to applaud Stephan Kijak for not exposing all the secrets, for keeping an essential part of the mystery, and thus the allure, intact. No one needs to know exactly how Scott Walker does what he does, we just want him to keep doing it.

Video:
The 1.78:1 anamorphic presentation of Scott Walker: 30 Century Man is fantastic. The colors are rich, the resolution sharp, it's a really good looking disc.

Sound:
The 5.1 Dolby surround mix is awesome! I can't enthuse about this enough. There is a point in the movie where a record company executive tells a story about going to Walker's studio to hear his 1990s album Tilt for the first time, and how Scott played it at a deafening volume on the best speakers in the place, insisting that was how he needed to hear it; the folks who worked on the audio for Scott Walker: 30 Century Man clearly had the same kind of reverence, as the music sounds phenomenal.

There are subtitles available in English. 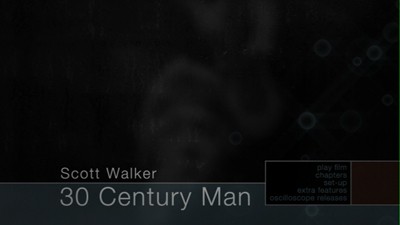 Extras:
This is my second review of an Oscilloscope Laboratories disc (my first being Wendy and Lucy), and I have to say, in terms of presentation, they are quickly becoming one of the best DVD companies on the market (Scott Walker: 30 Century Man is labeled as OSC8, so they are still a fairly young company). In addition to the fantastic audio and video presentation, the packaging they put together is just lovely. The movie comes in cardboard slipcover made from recycled materials, and it and the trifold book that holds the DVD have a pleasing grainy surface. The design of the package is smart, and the printing gorgeous.

I am often a bit skeptical of extras on documentaries, as fairly regularly I find uncut interviews are not that interesting. Some folks need editing! For Scott Walker: 30 Century Man, instead of full interviews, the filmmakers share with us 41-minutes of salient excerpts from eleven of their interview subjects. Of particular note are the stories and impressions shared by Brian Eno, Jarvis Cocker, and Richard Hawley, as well as a good section with Neal Hannon of the Divine Comedy, whom I don't recall having seen in the final cut of the movie. These don't reveal anything major, but do give more for those who want to keep listening. Additionally, there are 17 more minutes of the interview with Scott Walker covering a variety of topics.

There are also two more scenes of Walker at work. The first is a 9-minute sequence of him putting the finishing touches on the song "Buzzers," and then a playback of the same. The second is just under 7 minutes of Scott directing guitarist Hugh Burns. Both are recording sessions for The Drift.

The 8-minute, 50-second featurette "Walkermania" takes us on an extended look at the collection of Arnie Potts, the Scott Walker addict who also features a little in the main film. It's fun, showing the variety of memorabilia there is to be had, with a focus on the 1960s and 1970s.

Oscilloscope also provides a selection of trailers for their other releases. And Easter egg hunters will find the DVD production credits by going all the way down in the Special Features menu.

FINAL THOUGHTS:
Scott Walker: 30 Century Man is the new gold standard for music documentaries. Focusing more on the material than the personal scandals or struggles of the artist making it, it serves as a welcome supplementary study for people who, like me, are already fans of Scott Walker, but also as an excellent primer for those who are entering new territory. The music is a constant in the film, and the commentary from insiders and fans is illuminating. Best of all, though, are the glimpses of Walker himself, both in conversation and at work. It really doesn't get any better than this. Get this DVD and make yourself a fan. Scott Walker: 30 Century Man is the tops: DVD Talk Collector Series. 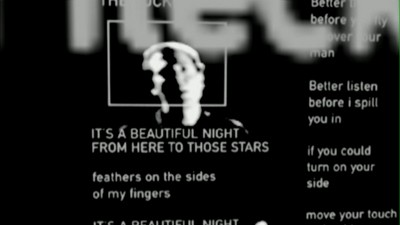