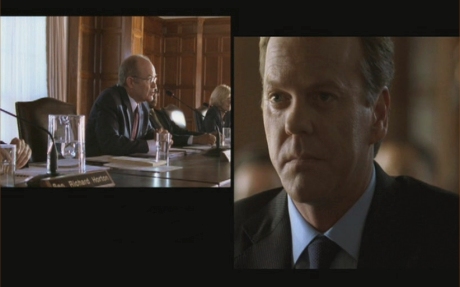 "I regret every decision or mistake I might have made that resulted in the loss of a single innocent life.
But you know, what I regret the most is that this world even needs people like me."

As Season 6 of the popular, critically acclaimed 24 drew to a close, most die-hard fans (yours truly included) had almost given up all hope. After five years of strong storytelling---albeit with a few bumps along the way, of course---the series finally seemed to be running out of steam. Luckily, a break was in order: with the advent of the 2007-08 Writer's Guild strike, 24 had no choice but to suspend production, while star Kiefer Sutherland utilized part of his free time to serve 48 days in prison for a DUI charge. As the strike finally drew to a close, the creative team was already hard at work on a follow-up; originally planned as a series of webisodes to build anticipation for Season 7, the project's format changed to a feature-length episode that would bridge the gap.

Dubbed 24: Redemption, the two-hour adventure followed Jack Bauer (Sutherland) through the fictional African nation of Sangala. Jack had trouble avoiding "invitations" to return home---in this case, a subpoena to stand before the Senate for questionable actions carried out by CTU, his former employer---so he continued to bide his time by helping an old friend with missionary work. Unfortunately, things got ugly fast: two young boys from the local school went missing after being ambushed by militia recruits under the order of General Benjamin Juma (Tony Todd), an infamous Sangalan dictator. Though the boys' well-being was certainly a priority, Juma's militia wasn't done recruiting...so it was up to Jack and company to get the rest of the young locals to safety. Back on U.S. soil, President-elect Allison Taylor (Cherry Jones) was due for inauguration, but the situation in Africa raised suspicions about a conspiracy within the government, possibly at the hands of Jonas Hodges (Jon Voight). Long story short: Jack gets strong-armed into returning to the U.S., while his fate rests on the mercy of the judicial system. 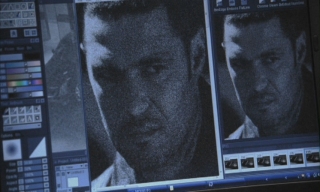 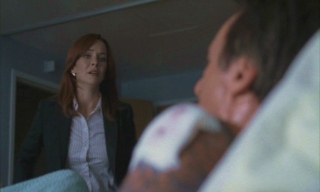 Or so he thinks. As he's being questioned during the hearing by Senator Blaine Mayer (Kurtwood Smith), Jack is taken away by order of the FBI's Washington, D.C. branch. Escorted by Agent Renee Walker (Annie Wersching), Jack is enlisted to help prevent a possible terrorist attack...which is being carried out with the help of Tony Almeida (Carlos Bernard), Jack's former co-worker presumed dead during the events of Season 5. Bauer and Walker, under the command of regional director Larry Moss (Jeffrey Nordling), soon discover that a kidnapped security expert has been forced to develop a CIP device...and in the wrong hands, it could spell disaster for national security. General Juma appears to be behind this upcoming attack, but his second-in-command, Colonel Ike Dubaku (Hakeem Kae-Kazim), leads the Sangalan terrorists on U.S. soil. With dozens of corrupt contacts working within different levels of the government, things get dangerous in a hurry---and as the clock ticks away, it's up to Bauer and company to set things right.

First and foremost, this is a strong return to form for 24, which was virtually declared dead after the disappointing sixth season and delays mentioned above. After the premiere of the promising Redemption two-hour event, things picked up fairly quickly. The most successful seasons of 24 pile on action and drama from start to finish, with a bare minimum of filler in-between. Runaway cougars and amnesia sometimes get in the way, but it's rare that a season---or even an episode, mind you---can be declared a letdown. The filler here is once again kept to a minimum, while questions, resolutions, betrayals and conspiracies keep things interesting along the way. Is Tony Almeida really in line with the terrorists? What will become of Jack if he returns to face his past actions before the Senate? Whatever happened to key members of CTU after it was disbanded years ago? Can Agent Walker work well with Jack, or will his take-no-prisoners approach be too much for her?

All these questions and more are answered during the course of Season 7, which keeps things moving nicely almost every step of the way. The second act of our journey (which is where most action films begin to lose steam) is particularly strong, but things begin to unravel during the last four hours. Without spoiling certain events, the last leg is somewhat anti-climactic---but based on the strength of this season as a whole, it's a sign that things may be back to normal for Bauer and company. Relatively speaking, of course. 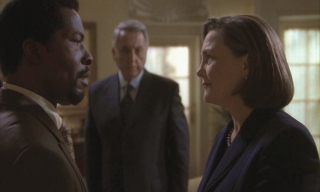 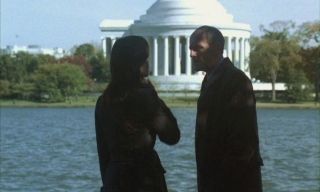 Perhaps this season's most potent "secret weapon" is the cast: Cherry Jones, Kurtwood Smith and Jon Voight are particularly strong in their roles, though the latter two experience more limited screen time. Annie Wersching is another highlight, as her character's moral dilemma creates an interesting dynamic with Jack Bauer's way of doing things. Sutherland is, of course, as solid as ever: his character continues to struggle with doing what's necessary for the situation at hand, even if it means a sacrifice for the greater good. The use of torture is a recurring theme in 24, especially during the last few seasons, and it's a gray area that will undoubtedly divide audiences who feel passionately about the subject. Still, here it's often painted as a means to an end: Bauer feels that such tight-lipped terrorists do not play by the same rules, so a more forceful approach is needed to stop them. He's right, in more ways than one, but it's not always an easy decision for other characters to accept at face value.

The other usual suspects are also right on target, from the series' urgent cinematography to its perfectly-suited score and sound design. Fox's DVD presentation offers strong support for both on this six-disc set, available in standard or Blu-Ray formats. With the strength of this season in mind, it's quite a potent effort from top to bottom: the technical presentation is certainly good enough, while a collection of bonus features offer added value after the day is done. Overall, it's an easy choice for all fans of 24...especially those who thought it was gone for good. Let's take a closer look, shall we?

As with past seasons, 24: Season Seven has been presented in its original 1.78:1 widescreen aspect ratio and looks fantastic. This anamorphic transfer preserves the series' stylized color palette, while only the darkest of scenes tend to be a bit on the murky side. Most digital problems aren't an issue at all, though compression artifacts can be spotted during certain fast-paced sequences. Overall, it's a solid effort and fans should know what to expect by now.

The audio is presented in an energetic Dolby Digital 5.1 Surround mix (also available in Spanish 2.0 Surround), boasting immersive action sequences and subtle atmospheric touches during quieter moments. Dialogue sounds clean and clear, but the strong dynamic range ensures that explosions and gunfire also pack quite a punch. Optional English, Spanish and French subtitles are provided during the main feature...but none of the bonus materials, unfortunately. 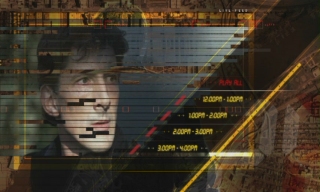 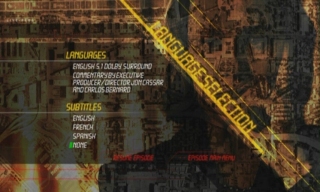 Seen above, the plain-wrap menu designs are simple and easy to navigate. Each 43-minute episode has been divided into several chapters, while no obvious layer changes were detected during playback. This six-disc set is crammed tightly into a package no bigger than a standard-width keepcase, thanks to a pair of dual-sided plastic hinges. OCD collectors may bemoan the sudden change in packaging, but I'm all for reductions in shelf space. No insert booklets or episode descriptions have been included this time around, likely due to space constraints. A matching slipcover fits around the clear keepcase, though I'd have traded it for a content guide.

Bonus Features
These extras are divided somewhat haphazardly on all six discs; frustratingly, the aforementioned lack of a content guide makes it hard to find some of them. 12 audio commentaries are included for various episodes; they're somewhat scene-specific and often include a few interesting tidbits and details along the way. These laid-back and often light-hearted sessions are recommended for die-hard fans only, as most casual viewers will undoubtedly be more interested in what's happening onscreen. With that said, the bonus features are divided into the following segments:

Disc 1 includes "The Music of 24" (13:04, below left), which features a performance by The Tenerife Film Orchestra & Choir of Santa Cruz. Led by series composer Sean Callery, this "music video" features live footage and scenes from recent seasons...and a few spoilers, so be careful. I was hoping for more of a narrative during this piece, but it's a nice inclusion nonetheless. Two Audio Commentaries are also included on this disc; 8:00-9:00am features producer Jon Cassar and actor Carlos Bernard, while 10:00-11:00 am features producers Manny Coto and Brannon Braga, also with Bernard. 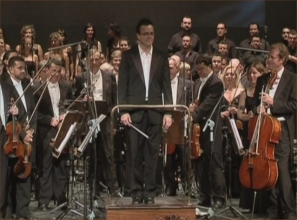 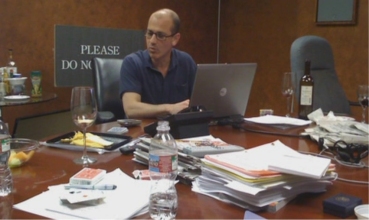 Disc 6 closes things out with three more Audio Commentaries: 5:00-6:00am features producer Evan Katz, actress Mary Lynn Rajskub and actor Glenn Morshower (Agent Aaron Pierce); 6:00-7:00am features producers David Fury and Alex Gansa, also with Morshower; and 7:00-8:00am features producers Howard Gordon and Jon Cassar. Also here is a collection of Deleted Scenes (14 clips, 25:38 total) with optional commentary by producers Stephen Kronesh and Paul Gado, which present a few minor character moments and abandoned sub-plots. Our last extra is "24-7: The Untold Story" (15:49, above right), a behind-the-scenes featurette with key members of the cast and crew. It goes into detail about production difficulties (mostly brought upon by delays, including the writers' strike) and the pressure of re-inventing the series after Season 6. Overall, it's a candid effort and certainly worth watching.

All bonus features are presented in anamorphic widescreen (aside from the Deleted Scenes, unfortunately) and do not offer optional subtitles or Closed Captions. This is an unfortunate decision; otherwise, only two complaints about the extras remain: the complete absence of Kiefer Sutherland, as well as no recaps for Season 6 or Redemption.

Fast-paced and riveting, 24: Season Seven brings Bauer and company back up to speed...though the last few episodes prove to be somewhat anti-climactic. Overall, this still offers a notable improvement over the disappointing sixth season; hopefully, it's also a promise of more good things to come. The mixture of new and familiar story elements and characters gives Day 7 a well-rounded feel, though certain portions are recycled from earlier seasons. Fox's DVD presentation is right on target, pairing a solid technical presentation with a handful of entertaining bonus features. Only the packaging sets this apart from past seasons; otherwise, it's difficult to tell that 24 was gone for such a long time. Whether you choose this standard-def release or opt for the Blu-Ray, 24: Season Seven is an easy choice for fans of this durable, popular series. Highly Recommended, but make sure you've at least seen Redemption first.

DVD Talk Review Link: Previous seasons of 24
Randy Miller III is an affable office monkey based in Harrisburg, PA. He also does freelance graphic design projects and works in a local gallery. When he's not doing that, he enjoys slacking off, second-guessing himself and writing things in third person.