Batman vs. Dracula / The Batman Superman Movie, The

In a strange move, Warner Brothers has repackaged two of its animated Batman films. The Batman Superman Movie (1997) is a re-edited version of the three-episode story arc "World's Finest" from Superman: The Animated Series. As such, it is part of Bruce Timm's DC Animated Universe. The Batman vs. Dracula (2005) is a direct-to-DVD feature by the creators of The Batman, Duane Capizzi and Michael Goguen. I say the pairing is strange because the two films have already been released on DVD, and if fans are waiting for any repackaged animated Batman material, I'd guess that would probably be a nice boxed set of the four acclaimed animated features with the Bruce Timm version of the Dark Knight. As for this disc, the films themselves are good, but their pairing here is jarring and arbitrary. 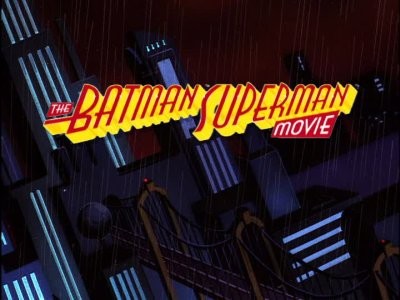 The Batman Superman Movie opens with the Joker (voiced by Mark Hamill) breaking into an antique shop with Harley Quinn to steal a "jade" dragon. The statuette, however, is made of something of much greater interest to the Joker. Batman (Kevin Conroy) discovers that the Joker is headed to Metropolis with the Kryptonite dragon, and follows him to warn Superman. The Caped Crusader (Tim Daly) is initially put off by Batman's vigilante-like approach to crime-fighting and resents his "assistance" - to say nothing of Bruce Wayne's advances on Lois Lane. But when push comes to shove, the two team up to fight the Joker and thwart his alliance with Lex Luthor. 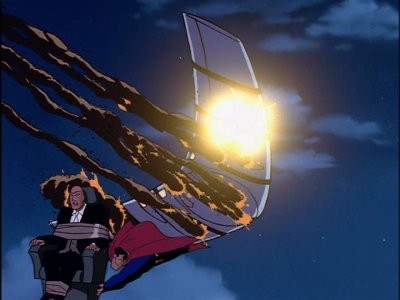 Visually, we are in the world of Superman: The Animated Series, which is a bit lighter and brighter than that of Batman: The Animated Series. Storytelling is swift here, and voice performances are good. The canonical antagonism between Superman's righteous do-gooder and Batman's dark, conflicted brooder is given only glancing attention here. This is a fast-moving story that spends a lot of time with the villains and Lois Lane. Not a lot of character development here, but the pacing is propulsive and overtakes the thin plot. 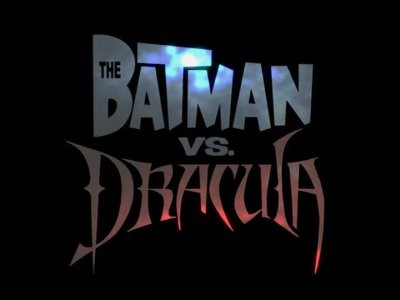 The Batman vs. Dracula opens inside Arkham Asylum, where a heist is being planned. A mass breakout finds the Joker and the Penguin pitted against each other in search of the loot, which is located in a graveyard. The Batman (voiced by Rino Romano) steps in and heads off the Joker while the Penguin proceeds to break into a crypt and inadvertently awaken Dracula (a perfectly-cast Peter Stormare), who has been "dead" for centuries and somehow vaguely transported to Gotham City. The count begins assembling his army of the undead, and soon the battle is on to decide who will be the last man-bat standing. 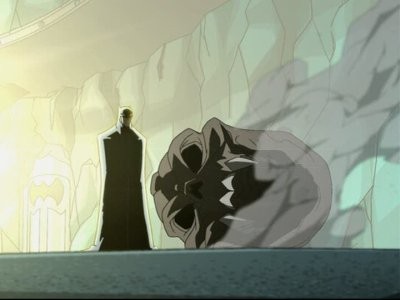 This film, which was created out of whole cloth and not assembled from series episodes, is most notable for its stunning design work. The animation per se is not much better than average, but the backgrounds and character design - along with skilful editing - combine for a wholly unique Gothic look with a lot of flair.

The combination of the Batman mythos with the Dracula legend blends ideally at times, and at other moments comes across as forced. In all, the story, while terribly predictable, moves fast - but not so fast that we aren't allowed a few judiciously-placed glimpses into Bruce Wayne's troubled side. A dream sequence that casts the Batman and Dracula as one and the same is visually arresting and thematically compelling. More importantly, temptations to evil and questions of crime-fighting ethics are a major part of what makes Batman an interesting character. It's nice when those aspects of Bruce Wayne/Batman are handled honestly, instead of glossing them over or whiting them out - even in an animated film geared toward children.

Bat-fans will enjoy both of these features. Although each has a distinct style and different creative teams, they both hew to the basics of the Batman story and the world of Gotham City. There is nothing particularly exceptional here, other than good entertainment and, especially in The Batman vs. Dracula, some wonderful visuals.

The DVD
The single flipper disc is housed in a standard keepcase.

The Video
Both features are presented in their original full-screen aspect ratios. The Batman Superman Movie is twelve years old, but hasn't aged a day. The image is solid and bright, although blacks waver just a bit. The Batman vs. Dracula is just four years old, and looks even better. The blacks - and all of the other colors in the movie's dark palette - are dark and dense; the excellent design is well-represented.

The Audio
The older film is in Dolby Digital 2.0 stereo - a perfectly clean, serviceable track. Dracula is in Dolby Digital 5.1, and offers a fuller, more robust soundstage. The soothing, moody sound of rain sets the aural tone for most of the movie. Well-placed surrounds and an excellent, enveloping reproduction of the musical score by Thomas Chase Jones make this an engaging track.

The Extras
This disc replicates the special features included on each film's prior DVD release. They are very slim, kid-oriented, and not terribly interesting. On The Batman Superman Movie, things start out with a Cast & Crew list, then a point-and-click game called The Joker's Challenge. A short Conversation with Bruce Timm (5:07) is interesting but basic. The Art of Batman & Superman (2:58) is a brief, pointless montage. Get the Picture: Batman and Get the Picture: Superman are two very short time-lapse video lessons that show how to draw the heroes in the style of the movie. A selection of Warner Brothers Animation trailers round things out.

The Batman vs. Dracula offers up Science vs. Superstition (4:25), a featurette in which the Batman himself (in voice-over) discusses the nature of vampires. City of Knight is an interactive map of the film's locations. Voices in Close-Up (5:49) goes behind the scenes of the movie's recording sessions. Finally, another group of Warner Animation trailers.

These two very different Batman films really don't belong on the same disc, and Warners' decision to release this double feature wastes resources that would have been put to better use planning a boxed set of Batman animated films. Still, each of the two is entertaining in its own way. For fans who own the previous releases, skip it. Everyone else should rent it.