Charles Darwin and the Tree of Life

BBC Worldwide // Unrated // November 3, 2009
List Price: $14.98 [Buy now and save at Amazon]
Review by Chris Neilson | posted December 14, 2009 | E-mail the Author
As most everybody's heard countless times this year, 2009 marks the 200th anniversary of the birth of Charles Darwin, and the 150th anniversary of the publication of his landmark book On the Origin of Species which advanced the seemingly obvious, but intellectually revolutionary theory of natural selection - the notion that species evolve to adapt to their environments through the transmission in successive generations of inheritable traits which favor survival and reproduction. To commemorate the man and his legacy, there have been numerous television and radio programs this year, and some of that output is now making its way to DVD. Of the recent releases, I've had the opportunity to review two documentaries hosted by well-known British public figures who feel that their life's work has been immeasurably enriched by Charles Darwin's breakthrough theory of natural selection. 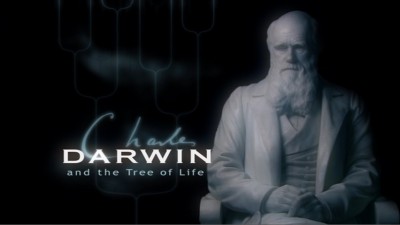 Though not especially well-known in the United States, among British television viewers, David Attenborough is a popular and highly-regarded host of numerous natural science documentaries series including Wildlife on One (1977-2005), Life on Earth (1979), The Living Planet (1984), The Trials of Life (1990), The Private Life of Plants (1995), The Life of Birds (1998), The Blue Planet (2001), The Life of Mammals (2002-'03), Planet Earth (2005), and many more. In recent years, he's completed two documentaries about climate change and embarked on a series of new documentaries about resource and species conservation. 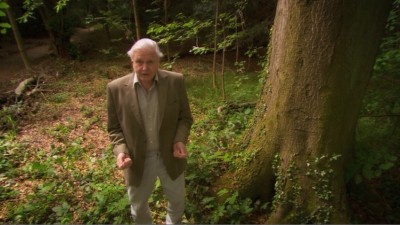 In the hour-long documentary Charles Darwin and the Tree of Life Attenborough relects on the personal impact that Darwin's theory has had for him. Attenborough provides a cursory sketch of Darwin's biography with particular emphasis on his respect for his wife's devote religious faith and his melancholy at the early deaths of three of his children, most especially his beloved daughter Annie. Attenborough spends greater time on the thoroughness of Darwin's scientific investigations and his hesitancy to publish in the face of religious dogmatism until finally prompted to do so the threat of being scooped by a rival.

Attenborough does not take on theists directly as Dawkins does, but he does handily refute some of the more fanciful religious myths such as the earth being only 5000 years old, and popular misconceptions such as the human eye being so complex as to necessitate a divine creator, and he briefly explores some of the scientific discoveries made in the past 150 years which support and flesh out Darwinism such as carbon dating, evidence for continental shift, and most notably the discovery of DNA, the mechanism by which inheritable traits are passed on to offspring. 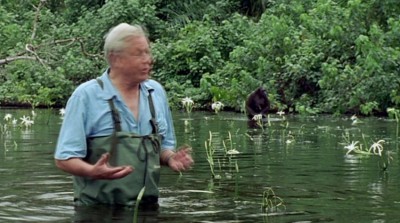 More than anything though Charles Darwin and the Tree of Life provides Attenborough an opportunity to reflect on his career. Toward this end, there's an abundance of footage from his prior documentary series, especially Life on Earth (1979). Fans of Attenborough will no doubt enjoy this extended opportunity to celebrate a life well lived though viewers not familiar with him may be left wishing for less footage of Attenborough and more detail about Darwin.

Presentation
Video & Audio:
Charles Darwin and the Tree of Life is presented in anamorphic widescreen (1.78:1). Colors are warm and rich, even on the archival footage. However, the PAL-to-NTSC conversion looks poor. The image is interlaced and suffers from digital combing.

The 2.0 Dolby Digital audio sounds fine, though unremarkable. Audio is clear of hiss and pops, voices are clear, and there's a bit of separation, but it's nothing remarkable. Optional English subtitles are available.

Extras:
There's only one extra, but it's a substantial one: an hour-long British documentary entitled Darwin's Struggle: the Evolution of the Origin of Species which offers a detailed examination of the researching and writing of Darwin's most famous work. The documentary which combines visual reenactments with discrete narration and interviews with scientific authorities is more historically detailed than the main feature, but is also more dry.

Final Thoughts:
Although Charles Darwin and the Tree of Life, together with the bonus documentary Darwin's Struggle: the Evolution of the Origin of Species, paint a more complete picture of Darwin's life and theory than Richard Dawkins' The Genius of Charles Darwin, this documentary will be most appreciated by fans of Sir David Attenborough's long career as a television naturalist. For viewers that know and appreciate his past work, Charles Darwin and the Tree of Life is a must-see, however, viewers able to play Region 2 PAL-encoded DVDs are advised to seek out the British release to avoid the poor video quality of this substandard PAL-to-NTSC port. 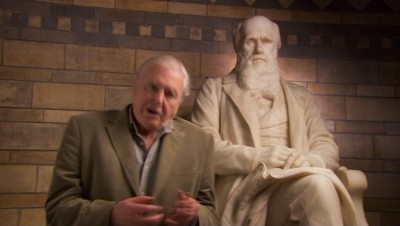