Other // Unrated // March 31, 2009
List Price: $19.99 [Buy now and save at Amazon]
Review by Chris Neilson | posted October 13, 2009 | E-mail the Author
What separates Jazz diehards from dilettantes, says jazz historian and journalist Will Friedwald, is whether they know the name Jackie Paris. It shouldn't be much of a challenge. In the 1950s, Jackie Paris was a fast-moving up-and-comer. Named best new male vocalist in 1953 by DownBeat's Critics Poll, Paris toured with Charlie Parker and Dizzy Gillespie, performed with Thelonious Monk, Charlie Mingus, Peggie Lee, Sarah Vaughan, and Billie Holiday, and packed New York jazz clubs for months at a stretch. He opened for legendary comic Lenny Bruce on a national tour, was the first to record "'Round Midnight", and also recorded the definitive version of Hoagy Carmichael's "Skylark". Despite all this, Jackie Paris fell so far out of the spotlight that few jazz aficionados even know his name now. How and why this happened is explored in Raymond De Felitta's 2006 documentary 'Tis Autumn: The Search for Jackie Paris. 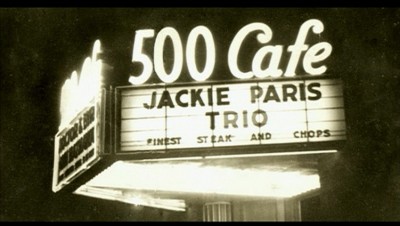 In 1991, jazz pianist and filmmaker Raymond De Felitta (Two Family House) heard "Paris in Blue" on the radio and was instantly mesmerized by the melodious voice of the singer. After discovering that the song was written by Charles Mingus especially for vocalist Jackie Paris, De Felitta set out to find everything he could by Paris, but didn't turn up much beyond one Japanese import. After reading in a noted (but erroneous) jazz encyclopedia that Paris died in 1978, De Felitta mostly abandoned his search until March 2004, when De Felitta happened to read in The New Yorker that Paris, very much still alive, was performing two nights in Greenwich Village at The Jazz Standard. De Felitta showed up with camera in hand and recorded what would turn out to be Paris's last performances. Though Jackie Paris would be dead within three months of bone cancer, he graciously granted De Felitta several interviews over those final months.

De Felitta's documentary 'Tis Autumn: The Search for Jackie Paris is partly a tribute to the memory of a great jazz vocalist whose fame never matched his talent, and partly an attempt to answer the question why that fame eluded him. In addition to the performance footage from The Jazz Standard and the subsequent interviews with Paris, De Felitta interviews a who's who of jazz performers and journalists, a devoted Jackie Paris fan and amateur archivist, as well as relatives and ex-wives of the performer.

Alas, it seems there is no simple explanation for why Jackie Paris didn't achieve the kind of lasting fame enjoyed by Frank Sinatra or even Chet Baker. Some of the blame clearly lies with Paris -- a troubled personal life, an explosive temper, and trouble with the mob (Paris was a New Jersey born, Italian-American)--but bad luck appears at least as responsible - no recordings were made with Charlie Parker or many of the other luminaries with whom he performed, the rapid decline of jazz in the wake of the British rock-n-roll invasion, and a rave written recommendation by Lenny Bruce to a powerful agent that was for some unaccountable reason never sent.

Despite the troubled personal history and bad breaks, Paris comes across in those final interviews as happy. Whatever anger and disappointment Paris may once have had appears to have mellowed into contentment by the end. Paris seems pleased with De Felitta's interest in him, but reserved and disinclined to dredge up bad memories. For example, when asked on multiple occasions whether he ever fathered a child, Paris says no. For good or ill though, De Felitta reveals otherwise ending his documentary with a heart-wrenching interview with a sad, middle-aged man covered in prison tattoos, apparently living with his elderly mother the first Mrs. Paris, still visibly wounded by never knowing his father.

Though the archival material is competently assembled, some of the contemporary interviews are less than ideally recorded. Tape noise, poor lighting, and poor shot composition are frequent; most egregious is an outdoor walking interview in which Paris and De Felitta are repeatedly lost behind a crowd of oblivious New Yorkers.

Presentation
Video & Audio:
'Tis Autumn: The Search for Jackie Paris is presented in anamorphic widescreen (1.78:1 aspect ratio) with the option of 5.1 DD or stereo sound. The archival material looks and sounds about as good as can be expected, and the transfer looks fine, but much of the newer materials looks and sounds less than ideal. Tape noise, poor lighting and poor shot composition leave many interviews seeming amateurish.

Extras:
The extras consist of a commentary track with director Raymond De Felitta and producer David Zellerford, an hour of additional interviews, a photo gallery, eleven minutes of additional performances by Paris, and the theatrical trailer.

Final Thoughts:
'Tis Autumn: The Search for Jackie Paris is an intriguing exploration of a forgotten jazz crooner whose considerable talents merited better. Though aesthetically rough, it's worth seeing. 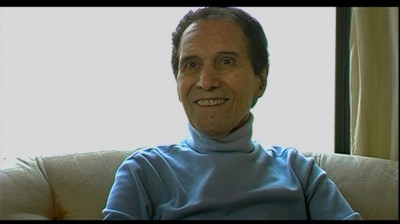