Genius of Charles Darwin, The

Athena // Unrated // November 3, 2009
List Price: $49.99 [Buy now and save at Amazon]
Review by Chris Neilson | posted November 9, 2009 | E-mail the Author
Though many atheists are content to allow others to believe whatever they choose, there's a subset of so-called anti-theists who proselytize against theism with the zeal of medieval inquisitors. There's no better known anti-theist than evolutionary biologist and popular science writer Richard Dawkins. Dawkins, who was a principal subject of Jonathan Miller's BBC series The Atheism Tapes, and is the author of the best-selling The God Delusion, hosts this three-part British documentary series from 2008 nominally devoted to Charles Darwin's theory of natural selection.

In truth though, Darwin's theory of natural selection is less an end than a means for Dawkins. In his hands it's a weapon to bludgeon not only creationists but theists of all stripes, including those that accept Darwinism. Dawkins lays out his aim in the first minute of the first episode: "In this series I want to persuade you that evolution offers a far richer and more spectacular view of life than any religious story," if he has the opportunity to bully a few theists along the way so much the better, apparently. 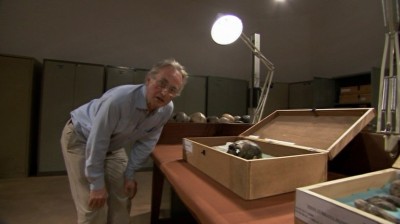 According to Dawkins, four out of ten Brits (and presumably even more Americans) do not accept the theory of evolution through natural selection, preferring instead to believe that the universe and everything in it was individually formed by a divine creator. Because evolutionary theory was the means by which Dawkins threw off his own boyhood religious faith, he's latched on to it as a means of disabusing other theists of their religious convictions as well. Declaring it "scandalous how little our children are taught about evolution" Dawkins sets out to proselytize atheism via evolutionary biology.

In episode one, "Life, Darwin and Everything", Dawkins does squarely address the biography and work of Victorian naturalist Charles Darwin (1809-1892), albeit more briefly than the subject deserves. Simply put, the great conceptual breakthrough articulated by Darwin in his 1859 book On the Origin of Species postulates that lifeforms evolve over successive generations through a process of natural selection whereby heritable traits that improve the odds for successful procreation become more common in successive generations. An example would be longer necks for giraffes allowing the possessor to reach higher tree fruit thereby gaining a caloric advantage in times of food shortage, or sturdier and more voluminous eggs for a turtle thereby increasing the number of viable offspring.

On the Origin of Species was written for a lay audience, but it was nevertheless based on more than twenty years' exhaustive research. Darwin had repeatedly delayed the publication knowing the implications that his work would have for believers in a divine creator, especially his beloved wife, a devout Anglican. In several aspects, On the Origin of Species was humbly written as a tentative work, but the scientific evidence in favor of his theory has only grown over time, with many more fossils filling in the gaps in the evolutionary record, and most importantly, the discovery of DNA, the genetic blueprints for constructing complex life from atomic building blocks, further supporting Darwin's theory about the transmission of heritable traits. 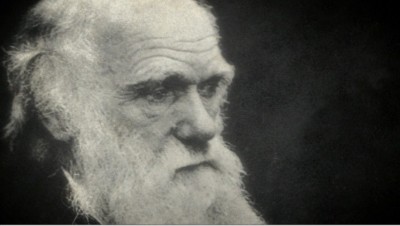 In episode two, "The Fifth Ape", Dawkins defends Darwinism from its critics who oppose it on ethical grounds as supplying a license for genocide, exploitation, and a host of other ills. Dawkins responds that Hitler never called himself a Darwinist and likely never read Darwin, and that altruism is an essential heritable trait that has allowed mankind to excel as a species. Though both these assertions may be true, they don't add up to a sound defense in themselves: National Socialism was clearly influenced by the perversion of Darwinian evolutionary theory even if indirectly, and altruism may be both more circumscribed than suggested here (Dawkins said as much in his 1976 book The Selfish Gene) and be but one of several conflicting heritable human traits, some we might consider virtuous, some not.

Nevertheless, the perverted extrapolation of Darwin's theory of natural selection to social conditions for which they were not devised is hardly a justification for reputing evolutionary biology. Darwin is no more responsible for atrocities committed in the name of social Darwinism than Einstein is for nuclear proliferation.

In episode three, "God Strikes Back", Dawkins takes on religious believers most directly. Despite the overwhelming evidence for evolution by natural selection, numerous religious fundamentalists remain in denial. It is these deniers that Dawkins relishes engaging in debate. Among those that take up the challenge in this series are Wendy Wright, President of Concerned Women for America, a fundamentalist Christian political action group, and Australian creationist John Mackay. In both these exchanges, especially the unedited versions included in the extras, Dawkins is bombastic and pugnacious, cutting Wright off repeatedly to tell her to look at the fossil record, and essentially accusing Mackay of being a disingenuous charlatan who doesn't truly believe what he professes.

Unlike Jonathan Miller's deft and thoughtful discussion with Cambridge theologian Denys Turner in The Atheism Tapes, Dawkins finds no theist with whom he can manage a thoughtful exchange. Alas, Dawkins is no less aggressive in his treatment of Anglican Archbishop Rowan Williams, who professes to believe both in the Christian God and in evolution, than he was with the evolution deniers. Rather than take the opportunity to find common ground, Dawkins coarsely insists that Williams' beliefs are logically inconsistent, thereby dismissing the Abrahamic religions entirely, and omitting any discussion here or elsewhere of deism.

The Genius of Charles Darwin may be unsuitable for young viewers. In addition to the scenes of predators devouring prey, and mammalian copulation common to contemporary nature programs, this series includes Dawkins gleefully reading profanity-filled death threats he's purportedly received from religious fundamentalists.

Presentation
The Genius of Charles Darwin is presented on two single-sided DVD-9s housed in individual slimline cases inside a cardboard outer case.

Video:
The Genius of Charles Darwin is presented in anamorphic widescreen (1.78:1 aspect ratio). Colors and contrast are good, but the image is often soft and suffers from digital noise.

Audio:
The 2.0 Dolby Digital mix sounds good throughout. Voices are clear and the score is dynamic. Subtitles are available for the main feature. 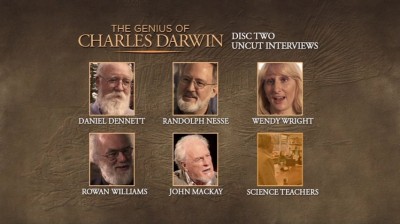 Final Thoughts:
The Genius of Charles Darwin is less a history or science documentary series than provocative anti-theological propaganda. Though Darwinism is manifestly the best scientific theory to explain the origins of life as we know it, The Genius of Charles Darwin is unsuitable as a teaching tool. Richard Dawkins lacks the dispassionate objectivity necessary to address Charles Darwin's biography or scientific work in a way that will fully satisfy any but the most rabid anti-theists.