A&E Video // Unrated // February 9, 2010
List Price: $19.95 [Buy now and save at Amazon]
Review by Chris Neilson | posted February 24, 2010 | E-mail the Author
An axiom often attributed to former British Prime Minister Winston Churchill holds that history is written by the victors. In other words, our collective understanding of the past is shaped by the histories handed down and retold by the groups in power, i.e., the dominate race, gender, religion, nation, ideology, social class, and cultural clique. The vanquished and oppressed are misrepresented, minimized, or simply missing from the victors' histories.

American historian and political activist, professor of political science Howard Zinn (1922-2010) through his popular text book A People's History of the United States has arguably done more than any American academic to correct the record. Having sold more than a million copies since 1980 and widely assigned on college campuses across the United States, A People's History of the United States recounts the struggles of the oppressed in our nation's history, not just the black marks of Native Indians disposed and Africans enslaved, for example, but the inspiring stories as well of people who, in the words of Zinn, "fought slavery and racism (Frederick Douglass, William Lloyd Garrison, Fannie Lou Hamer, Bob Moses), ... led strikes for the rights of working people (Big Bill Haywood, Mother Jones, César Chávez), ... [and] protested war and militarism (Eugene V. Debs, Helen Keller, the Rev. Daniel Berrigan, Cindy Sheehan)." 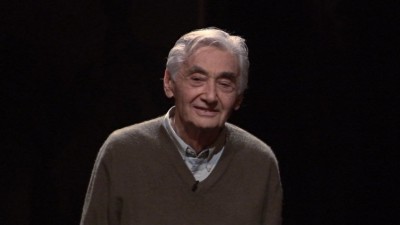 With text drawn from A People's History of the United States and the 2004 companion book of primary sources Voices of a People's History of the United States, the documentary The People Speak is an effort to disseminate Zinn's message to an even wider audience. For film fans who know nothing about Zinn's book other than that Matt Damon's character in Good Will Hunting said reading "it will knock you on your ass", The People Speak seems intended to be the next best thing to CliffsNotes.

Directed by Chris Moore, perhaps best known for producing and appearing in HBO's schlocky movie-making reality series Project Greenlight, The People Speak was nine years in the making. Originally pitched as a documentary series to Fox ironically enough, it was later scripted as a three-part miniseries for HBO, before eventually being scaled back to a two-hour independent documentary.

Filmed over many performances at Boston's historic Cutler Majestic Theater, The People Speak amounts to an extended highlight reel of what must have been a much longer series of performances by noted actors and musicians giving voice to protest songs and speeches that challenged the status quo. In all, more than three dozen performers including Matt Damon, Morgan Freeman, Sean Penn, Viggo Mortensen, Josh Brolin, Marisa Tomei, Don Cheadle, Danny Glover, Bob Dylan and Eddie Vedder appear (with many of them appearing multiple times) interspersed with narration by Zinn read over archival footage. By necessity therefore, few, if any, performance segments last more than a minute or two.

To get a sense of the scale of compression on offer here, imagine that all of Shakespeare's plays and sonnets were condensed down to a single two-hour BBC teleplay. While this sound-bite formula will be intimately familiar to anyone that's watched television infotainment since the dawn of MTV News, it doesn't make for enjoyable viewing for those who fail to thrill to this kind of hyper-reductionism.

Accepting them for what they are, the performances are generally fine with many being remarkable for their apparent earnestness, and only a few unbearably melodramatic; the most pleasing bits being the musical performances by Bob Dylan (performing Woody Guthrie's Do Re Mi), Bruce Springsteen (performing Guthrie's This Land is Your Land) and Eddie Vedder (performing Dylan's Masters of War).

Presentation
Video & Audio:
Shot in HD, and presented in anamorphic widescreen (1.85:1), this documentary generally looks acceptable with good color levels and contrast, but with somewhat more motion blur and less image detail at times than expected. 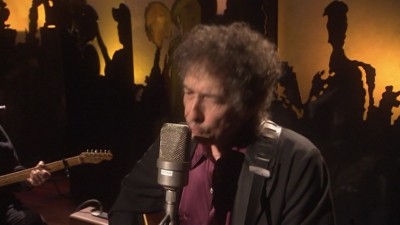 The 5.1 and 2.0 DD audio tracks sound just short of superb. Voices and music are clear and rich. Optional close captioning is also provided.

Extras:
Extras consist of a standard 12-minute behind-the-scenes featurette and a three-minute featurette with the celebrities in which some hack editor has sliced and diced the celeb interviews so they appear to finish each other's platitudes.

Final Thoughts:
As much as I appreciate Howard Zinn's legacy, I'm loath to recommend The People Speak to anybody that already appreciates Zinn's writings or who could otherwise be persuaded to read A People's History of the United States. However, if you just can't bring yourself to read him, and have already seen the superior biographical documentary Howard Zinn: You Can't Be Neutral on a Moving Train (2004), then by all means do consider giving this one a go.