"Black Dynamite" first came on my radar as an extended, uncensored preview around a year ago. My interest was highly piqued at the sight of what looked to be a well-crafted parody of blaxploitation films. Fast-forward to now and I had nearly forgotten all about this movie until I saw the ad for it at the local grindhouse theater. With two viewings of "Black Dynamite" in all his funky glory under my belt in less than a week, I'm declaring the film without hesitation, one of the best films of 2009 and an outright funny comedy which has plenty of laughs in store for viewers that it kept hidden from the trailers. 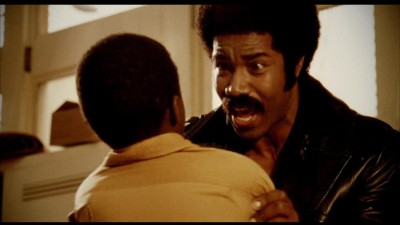 Our title hero is played by Michael Jai White, who is familiar to most audiences as Gambol, the gangster asked the immortal question, "Why so serious?" in 2008's "The Dark Knight." Other viewers may be familiar with Mr. White from the late 90s adaptation of Todd McFarlane's "Spawn" where he brought that character to life in a film utterly devoid of a quality script or competent supporting cast. White brings to the table here a brilliant script and performance of a lifetime as a no-nonsense, alpha male who will not tolerate dealing smack in the orphanage.


Whether you've seen a blaxploitation film or not is irrelevant, "Black Dynamite" makes sure you'll be laughing from start to finish and easily stands on its own as a straight comedy. However, as it is a spoof of a well-known film genre, the script's intelligence takes center stage. Name almost any well-known blaxploitation film and I can say with confidence, "Black Dynamite" pays tribute to it while, at the same time, exposing the absurd nature of many of these films Mobsters, drug dealers, militants, kung-fu, funky music, and pimps; "Black Dynamite" has it all. White plays it straight throughout, making him the ultimate blaxploitation hero, oblivious to the absurdity that makes up his life. 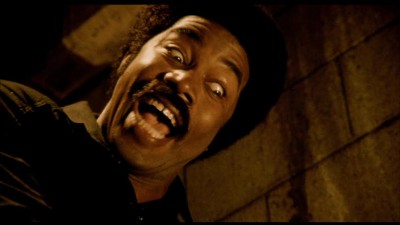 What is most amazing, aside from White's natural charisma and perfect fit into this universe of films, is the sheer number of bases the film covers. The plot progresses at a solid rate, and despite the film straying into more broad, action genre spoofing in its final act, it never lets up with the humor. The stilted dialogue of the 1970s is taken to the next level and coupled with a standout, original retro soundtrack by Adrian Younge for great effect. The film is flat out, infinitely quotable, and just when you think the best line has been laid down, something else jumps out at you and will leave you with tears in your eyes. Sight gags as broad as a great boom mike gag, to incredibly clever, purposefully poorly edited action sequences help make the film seem like it came out 30 years ago. Director Scott Sanders gives the film a vintage look that is the icing on the cake of bringing the audience into the film.


While White could easily carry the film on his talents alone, his large supporting cast of lesser-known actors all fill the shoes of various genre stereotypes to perfection. No one person tries to showboat and each are given their moments to shine. The end result is a truly satisfying experience and one everyone should be able to experience with a full crowd. Unfortunately, "Black Dynamite" is making his way around the country in smaller venues, but both screenings I've attended roared with laughter from start to finish. Hopefully the film will see great success on DVD and Blu-Ray, because it deserves every ounce. 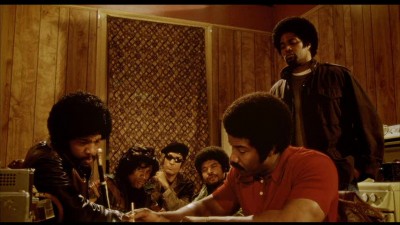 Additional Thoughts:
After two theatrical viewings and now revisiting the film a few months later on DVD, I declare without hesitation that "Black Dynamite" is the best comedy I've seen since "The Big Lebowski." Yes, it is that good. I find the more I watch this film, the more "little things" I pick up on, such as White breaking character at the end of a slightly too long shot, an obvious meta reference to the notion of Black Dynamite being a vintage character played by a vintage actor. Having had the opportunity to revisit some classic blaxploitation films in the meantime made some more obscure references jump out and my appreciation for the creative minds has grown as much as my love for the movie itself. Most of all, "Black Dynamite" reminds me that there are creative talents out there that can put out high quality entertainment, with real heart and soul, for a fraction of what even the lowest mainstream Hollywood production costs.


The 1.85:1 anamorphic widescreen transfer doesn't look that great to the average viewer, showing signs of age and noticeable grain. However, it retains its original theatrical presentation style and intention of being an homage to a period piece. My only quibble would be some inconsistencies in the level of grain for home video with a handful of scenes showing minor digital noise reduction, although overall detail level is strong. Contrast is handled perfectly, with only a few instances of intentional degradation to match sequences that feature vintage stock footage. Color levels appropriately recreate the 70s look pitch perfectly and there isn't a sign of edge enhancement or other unwanted digital artifacts.


The English Dolby Digital 5.1 track is by far a more modern sounding affair. It's very front heavy, even during some action scenes; only the biggest set pieces take advantage of the rear channels, aside from the occasional musical interlude. English and French subtitles are included as well as a separate English subtitle track for the hearing impaired.


In the bonus features department a feature length commentary from director Scott Sanders and writers/actors Byron Minnis and Michael Jai White is the most substantial extra. The trio has great chemistry and shares a great understanding and respect for the genre. There are more than a handful of times where they go silent to listen to one of the film's more quotable lines, but that aside it's quite an informative listen, focusing on influence and filming notes as opposed to technical details.


"Lighting the Fuse" is a 22-minute featurette that gathers all the major players to discuss the genesis and execution of the project. It's lean and mean, fortunately free of long bouts of praise without real insight that many of these pieces tend to fall victim to.


"The Comic-Con Experience" is a 17-minute piece that shows the highlights of the Comic-Con panel. Sanders, Minnis, and White are joined by co-star Salli Richardson-Whitfield who gets to share some fun anecdotes of her own. Unfortunately, after the previous featurette and commentary, much of the info here is old.


Last but not least are nearly 30-minutes of deleted and alternate scenes. Like the film they are humorous, but had they all been included, I could see valid complaints of the film showing signs of wearing out its welcome.


I will lodge one complaint and that is the lack of any of the films viral promotional videos built around a vintage PSA campaign entitled "Fight Smack in the Orphanage." I'm not sure why they weren't included here; at the very least, Black Dynamite's children's television appearance (embedded below) should have made its way to this disc. Don't fret though, as they are all available online.

"Black Dynamite" is a smart comedy that delivers a multitude of very broad laughs mixed in with some very clever meta jokes. As I've said before, you don't have to be a blaxploitation fan to have fun with the movie, as it understands the universal appeal of comedy. Michael Jai White deserves a second look by Hollywood based solely on a being able to understand that delivering an unintentionally funny and often bad performance takes great nuance and charisma, which he is in no shortage of possessing. His contribution as creator and writer is strong evidence that he, Byron Minnis and Scott Sanders deserve long fruitful careers. On the technical side of things, "Black Dynamite" is a positive outing on DVD and free of shameless self-promotion and self-praise. DVD Talk Collectors Series. 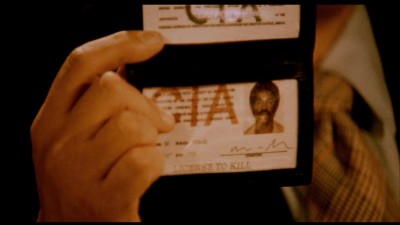