"Star Wreck" or "Star Wreck: In the Pirkening" is a Finnish fan film that sets out to parody the Star Trek franchise. My interest in the film was largely due to this being a fan film getting a retail DVD release. I have seen quite a few well made fan films online, ranging from the excellent short, "Batman: Dead End" to most recently, "Lord of the Rings: The Hunt for Gollum." The latter was shot on a sub-$8,000 budget and looks like it cost 10x that amount. "Star Wreck" is the culmination of seven years of work from its creators and a hair over $20,000. Unlike many fan films, it's feature length, running 105 minutes.


Now, I could easily turn this review into a smarmy comedy routine, because on all accounts, "Star Wreck" is absolutely horrible in nearly every category. It's 105 minutes felt like a 105 hours and it took three viewings to make it through without falling asleep. While I do applaud the creators for their dedication to seeing this project through to the end and the far better than expected homemade CGI effects, that doesn't excuse what is being sold on DVD. I'll allow myself one, mean spirited, sarcastic jab at the entire production, summed up best by Captain Picard himself. 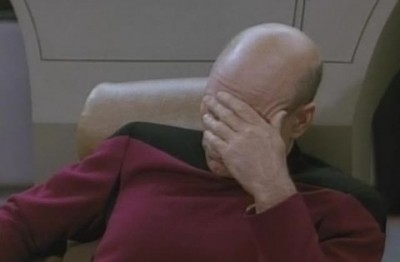 I honestly don't know where to begin with this film. For starters, it's the sixth in the series, but appears to be the first to be made commercially available. I suppose that could account for some of the humor being lost on me; the same could be said for a possible loss in translation. I'm not familiar with Finnish culture, pop culture, or humor, and there seem to be moments where one of many, bafflingly awful lines are delivered and there is a pause where the audience laughs. For a comedy, "Star Wreck" commits the ultimate sin of being too full of itself. Its opening gag is the old "toilet paper on the boot heel" routine and a strong indication of where the rest of the film is headed. 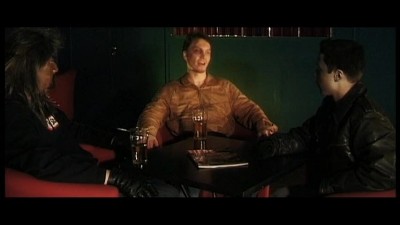 The backbone of the plot is the classic Star Trek plot device of time travel. The crew made up of James Pirk, Dwarf, and Info wind up on modern day Earth and decide to rebuild their ship the Kickstart. About 45 minutes later, the P Fleet is reborn, centuries early, and with the help of the Russians, (self appointed) Emperor Pirk takes over the world. From there, the movie turns into essentially a series of giant space battles, as the crew encounters another dimension that serves as a parody of the Babylon 5 franchise. For a movie that markets itself as a Star Trek parody, using another (lesser known) series for the basis of story is a critical error. Any chance the filmmakers had of salvaging this disaster are lost for good at this point. 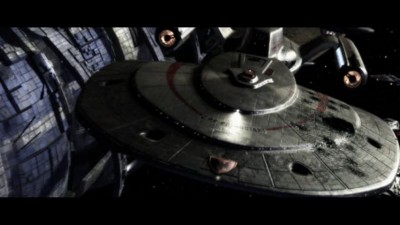 The script, if one even existed in the first place, is largely what makes "Star Wreck" the utter disaster it is. I am honestly at a loss for words at how incoherent and stupid the end product is. The performances of the cast don't help matters much, and knowing that they were all involved intricately in the production is all the more baffling. If you have seven years to invest in such a project, you've made previous films ("Star Wreck" is actually the sixth production from this crew), and this is the best you can do in the acting and writing department, it's time to give it a rest. The bottom line is, "Star Wreck" should have remained an online only fan film; the notion that someone out there felt it worthy enough of being commercially released only earns more of my venom. It's a waste of time and the disc it's printed on. 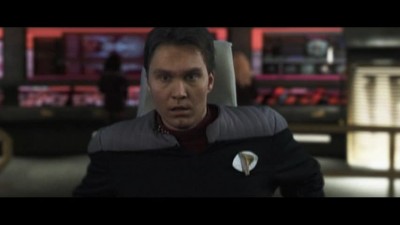 
The 2.35:1 anamorphic widescreen presentation runs the gamut in terms of overall quality. The CGI scenes aren't stunning, exhibiting noticeable aliasing, some compression artifacts, and a generally middling level of detail. Live action scenes vary in quality, with the beginning of the film fairing the worst, definitely looking like it was shot on consumer quality cameras. Visually it's watchable, but by no stretch of the imagination professional looking.


The 5.1 Dolby Digital Finnish audio was a surprise to say the least, showing some much better than expected range. Dialogue was clear as were sound effects and instrumental score. A 2.0 Finnish track is present as well and sounds noticeably worse, showing some work went into the final 5.1 mix. English subtitles are present, but exhibit some problems with translation, resulting in a few lines of dialogue appearing to only be partially translated.


A feature-length director's commentary is present with both the director (who also plays Dwarf) and producer/SFX man/star Samuli Torssonen. The two men do their best to tell their story in English, which obviously, isn't their primary language. "Definitive Inside Out," a 70-minute making-of-documentary shows the progress over quite a few years on the production. "Towards the 'Iron Sky'" is a 30-minute baffling inclusion, discussing what appears to be the crew's next project, completely unrelated to "Star Wreck." Last, but not least are a collection of bloopers, as equally unfunny as the main feature.


Excuse my lack of enthusiasm for a fairly loaded disc, but as torturous as the main feature was on it's own, having to sit through more than two hours of the creators and other involved parties justifying this disaster is nearly as bad, if not worse. However, for anyone who finds the film enjoyable, it's a wealth of behind-the-scenes information.

Terribly unfunny, "Star Wreck" sadly sets back the credibly of fan films back quite a bit. It has zero redeeming value. SKIP IT!