On the Road With Charles Kuralt - Set 2

Acorn Media // Unrated // May 4, 2010
List Price: $39.99 [Buy now and save at Amazon]
Review by Stuart Galbraith IV | posted April 30, 2010 | E-mail the Author
Veteran CBS newsman Charles Kuralt (1934-1997) is back On the Road, with 18 more episodes of memorable reports he folksily delivered to the network beginning in 1967. Originally compiled for the Travel Channel, these wonderfully beguiling vignettes - each episode plays almost like a short story collection - consist of small town portraits and character studies in a vanishing Americana since surrendered to the great onslaught of Wal-Mart and Starbucks and McDonalds.

Watching these segments, I was reminded of the time the wife and I drove across the country ourselves, back in 2003, from Los Angeles to Michigan's Upper Peninsula. Mostly we drove along Old Route 66, but I was struck by how along the bigger, busier freeways paralelling our journey, every roadstop was like every other roadstop, with the same combination of Subways, Pizza Huts, and 76 gas stations. The food was consistent, reliable, high-fat, tasteless.

But back when Kuralt was touring the country in his Winnebago the influence of cell phones and the Internet hadn't yet penetrated large swatches of the country because these all-pervasive technologies did not yet exist. Some of the backwoods places Kuralt found probably weren't all that different from how they must have looked a hundred years before. The time machine effect these segments offer, combined with the colorful people Kuralt meets and their stories, make this a richly rewarding collection. 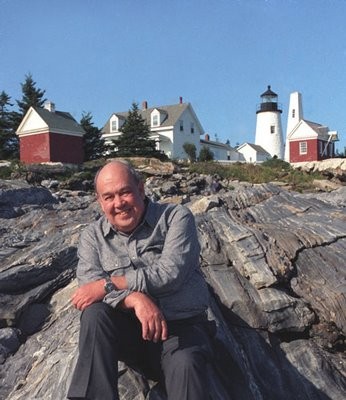 Part of the appeal is Kuralt's obvious affection and keen interest: for the 83-year-old birch canoe builder or the deaf clogger or the man with the nine-ton ball of string out back. Today, television would probably regard such people with derision and certainly wouldn't take the time to leisurely chat and get to know them as Kuralt does so effortlessly.

As with On the Road with Charles Kuralt - Set 1, each approximately 21-minute episode contains three to five segments of varying length; most seem to date from the 1970s and early-1980s. The video/audio quality is not good; watch it for five minutes and you'll see that hardly matters.

Some segments celebrate little-changed traditions like Ohio's oldest hotel, whose guest list is like a Who's Who of early American history; or the gunpowder mill in Delaware that established the DuPont chemical conglomerate; or the corncob pipe factory whose unassuming product never seems to go out of fashion. The show has its travelogue aspects, with portraits of American ferryboats, Oregon's Columbia River, and the Billy Jones Railroad. It looks at the little insignificant things we take for granted until they disappear: ornate hood ornaments, barber poles, steam whistles. But it's the people that stick with you, like the pioneering aviatrix of the 1920s and '30s who overcame (and outlived) her chauvinistic male contemporaries and in her 80s still loves to fly and share its liberating qualities with a new generation of young women. Or the family that set aside a large part of their farmland to grow thousands of pumpkins, all for the sheer joy of inviting local children to pick 'em for free.

The 18 On the Road compilation shows are presented on three single-sided DVDs in their original full-frame format. The segments seem to have been filmed on both dog-eared 16mm film and early videotape, with everything preserved on tape. Given their origins as evening news segments, they look okay, while the Dolby Digital mono audio, with optional SDH subtitles, is adequate.

Supplements include 'Road' Updates, bringing the viewer up to date on the people and places featured in selected segments. This extra was frustratingly incomplete when it was included in Set 1 but seems to have been fleshed out a bit more here. Also included is a detailed text biography of Kuralt that omits the newsman's secret "shadow" family, a story learned only after Kuralt's death.

As before, this is a real treasure trove of material, the kind of thing the DVD format is especially good at, a show you'll want to savor over many weeks. You wouldn't expect On the Road to turn up on DVD, but I'm grateful that it has. A DVD Talk Collector Series title.