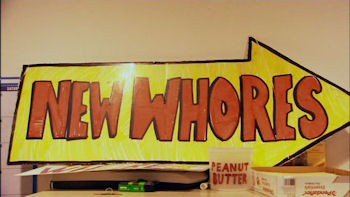 The Movie
With all due respect to Frances McDormand and Kate Hudson (well, mostly the former), I always felt that Jennifer Connelly was gypped out of a supporting actress Oscar nomination in 2001 for Requiem for a Dream. In fact, I think she was gypped out of a win (sorry, Marcia!). There's a scene late in the film where her character looks almost numb to the pain inflicted upon her both physically and emotionally, a sequence that resonated with me long after the modern masterpiece ended. I was reminded of that haunting sequence near the end of 9 to 5: Days in Porn, a documentary from German filmmaker Jens Hoffman that chronicles the life of various workers in the adult film industry in and near the San Fernando Valley.

Whether you're a porn addict, a lover of revealing documentaries or just a curious voyeur, you certainly won't be bored with these 100 minutes. And to Hoffmann's credit, he keeps just enough distance to let you make up your own mind--and lets his "characters" speak for themselves. You'll quickly notice that a few of the subjects are a little too aware of the camera--but the more you see of them, the more you get the sense that this is really who they are. The film jumps back and forth among a variety of contributors, who share their views on their career while also letting the camera follow them at work and home. 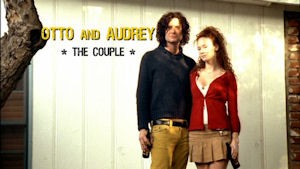 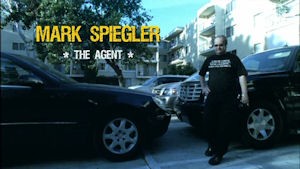 The primary players include: 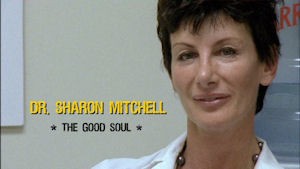 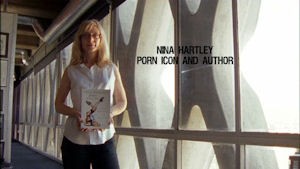 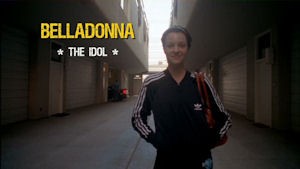 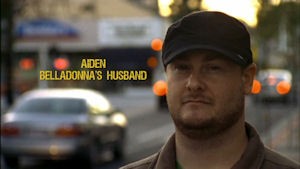 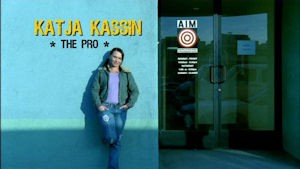 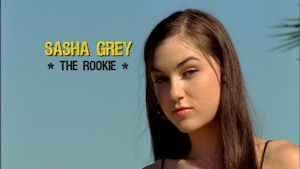 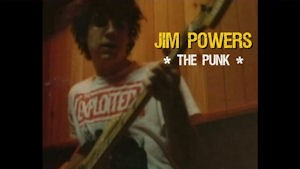 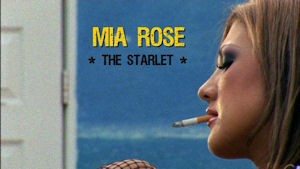 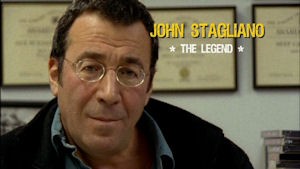 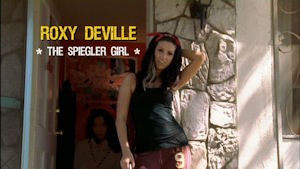 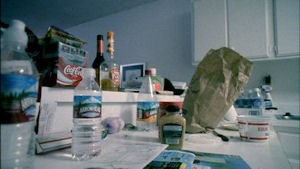 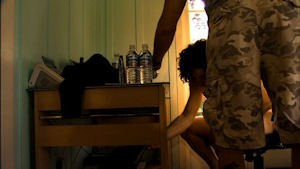 The film begins and ends with Otto and Audrey. Their relationship is 9 to 5's most frequent subject; and as unsurprised as you may be to see how "on" they sometimes are, you'll be just as surprised at how "regular" Belladonna and Aiden are (there are so many little sides of Belladonna that we see, and they all make her surprisingly relatable). But Mitchell and Hartley are perhaps the film's most crucial ingredients. They provide a necessary counter-punch to the party line, and are extremely balanced in their views and eloquent in their delivery. (A documentary on these two alone would be essential viewing--just hearing about their own experiences is extremely engaging.) 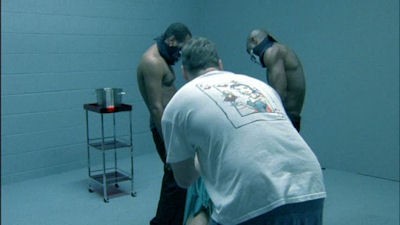 I don't want to share too much about these people and the film's developments; it's best to view 9 to 5 without any preconceived notions about what I think or about what Hoffmann may be trying to say, if anything. I'll leave my own impressions to myself; these people certainly aren't looking for judgment, sorrow or pity (which I didn't have). Still, it's impossible to deny the film's power. A few early scenes have Otto revealing his true priorities, and his words speaking volumes about the attitudes women are up against in the industry:

And at the midway point, a scene finds Audrey--high on pot--talking about compromise: "[Otto] makes me do certain shit that I wouldn't normally do, but I do it because I love him...some people call it controlling." As for the film's final sequences, they put Boogie Nights to shame. In addition to a heartbreaking confession from Mia Rose (words that are perhaps the film's most powerful), some telling thoughts from Otto and a great exchange between Belladonna and Aiden about money and happiness, there's a montage that doesn't need any words to move you. It's a sequence with an ominous start (one you couldn't have scripted better): A woman behind the scenes and off camera between shoots is heard saying, "Anna Nicole just died..." 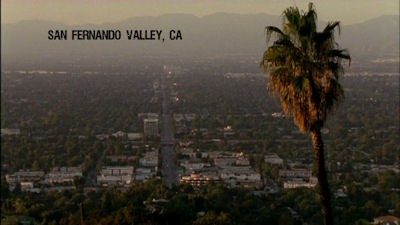 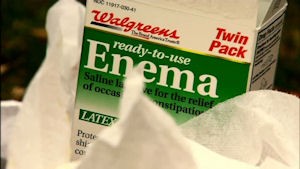 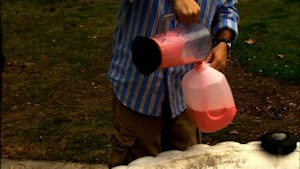 This is the kind of film I didn't want to end--there are endless stories to tell and not nearly enough time for them. (How great would it be if HBO dared to follow these people on a weekly basis?) Depending on your prude quotient, your sense of humor and your state of mind when watching this, a variety of potential emotions and viewer experiences could be in store. I found 9 to 5 to be candid, (mostly) honest, unflinching, funny and heartbreaking.

My complaints are minor; while I wasn't expecting any peek into the gay side of the industry (there isn't, although the condom issue would present the perfect issue for comparison), I was hoping for at least a small segment to give us a glimpse into the life of a male performer (Otto is the only representative, but he's a producer/director first, and doesn't really shed any light on the performance aspect). Belladonna and Aiden briefly touch upon the unique challenges men face ("I would not want to be a guy and do this..."), and it would have been a strong addition. It also would have been nice to see one arc explore a newbie who hadn't "made it"; everyone here is a success, and a more realistic look at the experiences that most people face when trying to break into porn would have provided a nice contrast. 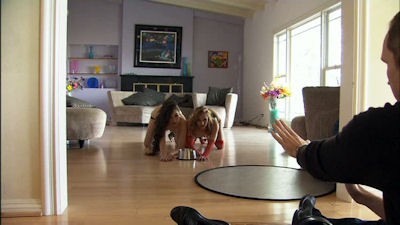 Nonetheless, for a reviewer who has seen his far share of smut and knows a little bit about the industry, I was surprisingly pleased with Hoffmann's effort. While you get the sense a few contributors sometimes put on a front, the director never sets anything up. What you see here is reality--or at least these performers' reality. They speak (and sink or swim) for themselves, and it's clear they are comfortable with Hoffmann. The director has done a nice job assembling a diverse group of people with a wide range of experience and outlooks, and--for better or worse--everyone you encounter here leaves an indelible impression. 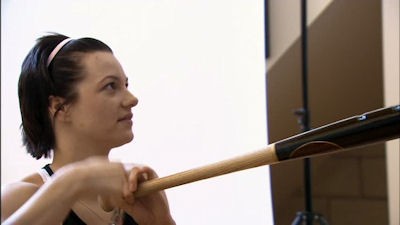 Video:
The anamorphic 1.78:1 widescreen transfer is good, and varies depending on the locations, the director's style choices and the cameras used (about 80 percent of the film was shot in 16mm, the rest with high-def cameras). Not everything is sharp and colors don't pop, with grain also creeping in. But this is a low-budget documentary, and is meant to look this way.

Audio:
The 2.0 track is just fine; primary dialogue is clear, and secondary dialogue is usually discernable as well. (And dear lord do the dirty talk and sex sounds make themselves known!)

"This movie, it's not so much about the making of porn...it's more about the people who are doing it. That was the goal--to make portraits of them."
- director Jens Hoffmann

There aren't a lot of extras, but what you get is excellent. Eight deleted scenes could have easily been included in the documentary, and all of them add something to the project. "Female Violation" (3:28) goes behind the set of a lifeguard-themed Jim Powers shoot, highlighted by his habit of shouting out dialogue to the models ("'You're gonna lick her sandy, crusty asshole clean!' Okay? Say that!"); "Otto's Thoughts" (6:57) puts us in the passenger's seat with the filmmaker/actor, who touches upon a few elements that don't get as much attention in the film (primarily the career of male models); "Real Doll Trip" (2:26) has Belladonna meeting with a novelty manufacturer; "Audrey & Otto in Paris" (4:05) takes us to a European award show, including an endearing story from Audrey off stage; "Belladonna & Katia" presents an extended baseball bat sequence; "Spiegler Girls" (1:52) has the agent's ladies talking about why they love him; my favorite, "Belladonna, Roxy & Sasha" (5:27), has the three stars just chatting, with a memorable exchange about enema juice and body fluids between Belladonna and Roxy; while "Sasha's First Scene" (1:38) shows the young woman's excitement at seeing her first packaged film. Another deleted scene (4:10, listed separately as a bonus scene) takes us to the 2007 AVN Award Show; it includes a telling quote from Spiegler about Mia Rose. 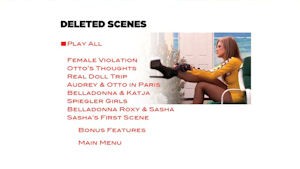 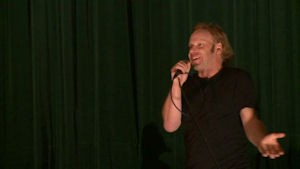 Also included is an audience question and answer session with director Jens Hoffmann (15:50) after a screening of the film (it appears to be pieced together from two different sessions, or at least has some minor edits). It makes the most of its time with some great questions as the personable director explains his inspiration and purpose, how he wanted to cast it, why he didn't include more male models or venture into any gay porn stories, why he avoided chronicling the internet world, how he responds to claims that he's being exploitative and how the film has pigeonholed him in the eyes of some industry executives ("I'm already known as 'The Porn Guy' to every festival we go to..."). He also talks about the arduous process of making the film, a five-year labor of love where he had to first garner the trust of his subjects before filming them, leading to more than 180 hours of footage and a first rough cut that ran five-plus hours--including plenty of material he knew he wouldn't show, despite the fact that the subjects had no approval clauses. "Some scenes, it would have been much stronger to see them as they're way more exposing or something, but that's what we didn't really want to do. We didn't want to expose those people too much...they gave us their trust, so it's our responsibility in a way to pay that back somehow and not show somebody crying messed up on the floor. That's not a goal which I want to have."

The film's trailer and trailers for other Strand releases are also included. 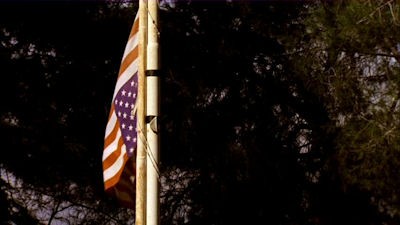