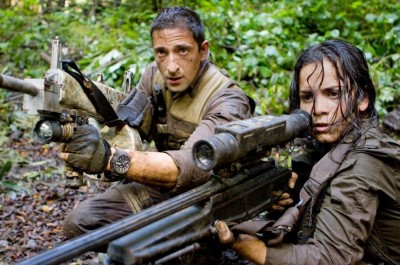 "Predators" opens with a man falling from the sky. We know he's Adrien Brody, but we don't know the character yet, introduced to the man as he free falls down to a jungle planet. Frantic, he searches madly for a parachute, baffled by the mechanism strapped to his body, watching as the planet below draws near at an incredible speed. It's a pitch-perfect moment of disorientation and panic, setting an outstanding tone for this semi-sequel/rebootish/do-over motion picture, which endeavors to smash surprise back into a franchise squeezed dry by a studio that never quite understood what they had over the last two decades.

Thrown onto a threatening alien planet, Royce (Adrien Brody) doesn't immediately comprehend where he is or why he's there. Also planted here are soldiers (Including Alice Braga and Oleg Taktarov), a doctor (Topher Grace), troublemakers (Walton Goggins and Danny Trejo), and a member of the Yakuza (Louis Ozawa Changchien). Studying their surroundings, Royce surmises the gang has been dropped inside of a game preserve, targets for a mysterious pack of hunting aliens on the prowl for human trophies. Winding through the arduous terrain, the group deals with issues of leadership and trust as the vicious Predators draw near, with Royce searching not only for a way to defeat his new enemy, but also for a ride off the deadly planet.

A box office smash and a critical step in the career of Arnold Schwarzenegger, 1987's "Predator" is widely considered these days to be a classic of action cinema. Its sequels are most certainly not. In fact, after two disastrous "Aliens vs. Predator" motion pictures, the heat-sensing thrill was pretty much gutted from the franchise, with any hope for the alien character to reign triumphantly once again squandered on filmmakers incapable of gruesome imagination. 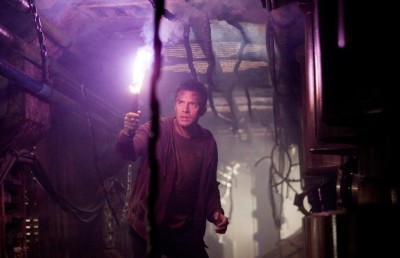 Enter Robert Rodriguez, who assumes a shepherding role for "Predators," questing to get beastly matters back on track, working from a script that understands the need for graphic violence, salty language, and burly men brandishing city block-sized guns. "Predators" returns the franchise to the basics, once again observing an anxious group in a jungle setting, slowly coming to grips with the monster hunters stalking the area.

Cleverly, Rodriguez and director Nimrod Antal ("Vacancy," "Armored") rework the premise to shake Earth out of the equation, moving the action to a neutral planet the Predators use as a testing ground, sending packs of three at a time to hunt and kill whatever they've decided to parachute in. Outside of the fact that the new environment provides exotic, gorgeous locations (a mix of Hawaii and Texas) to survey, the fresh surroundings provide diverse elements of menace, as it's not only Predators after the team, but the flora and fauna as well.

For the first half, Antal mines the mystery superbly, cautiously developing the brutes and their weaknesses, bonding them together as they search for the upper hand. The dialogue is thickly cut and meaty (Brody growls his way through the film, barely containing his excitement), providing a righteous shot of testosterone that matches the original film's brawn. Even Braga gets in on the gun-stroking tension. Playing with primary colors, "Predators" nails a satisfying stride of violence and sleuthing, as the team comes to understand the Predator threat, looking for any possible way to defeat them. 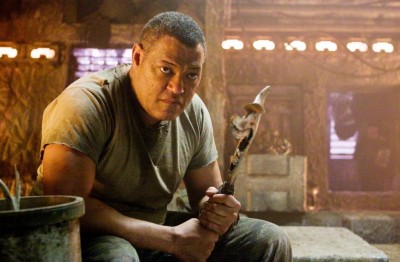 Laurence Fishburne joins the festivities midway through the film, playing a disturbed survivor of the Predator hunts who's made a home inside a derelict spaceship. A whispering nutcase, the character is here to remind our heroes why they need to exit the planet as soon as possible, but Antal lingers on the protracted insanity, puncturing the pace of the film to stick to a subplot that adds little to the story. It's a longish diversion the film never quite recovers from, despite a final act that brings out the Predators in full force, hacking and blasting their way through what's left of the team. The creature work is expectedly seamless, modifying the monsters to represent three distinct tiers of hunter, including the "classic" design that slapped Arnold around 23 years ago. The multi-jawed ghouls aren't in the film for an extended amount of time, but when they hit, they hit magnificently. I only wish Antal and Rodriguez would've torched the chloroform second act to streamline the adventure.

Despite pacing problems, "Predators" is a wildly entertaining picture that bends the franchise back to more captivating quandaries, erasing much of the bad taste left behind by previous installments. It took a few too many years to reach this point, but thanks to Robert Rodriguez, the Predators have finally been restored to their original tribal roar.