Second Run // Unrated // September 13, 2010 // Region 0 // PAL
List Price: £24.99 [Buy now and save at Co]
Review by Chris Neilson | posted September 16, 2010 | E-mail the Author
In 1998, Czech film critics named František Vláčil's 1967 masterpiece Marketa Lazarová the greatest Czech film of all time, but eleven years later it's still not available on DVD in North America. Fortunately though, North American viewers with region-free DVD players can turn to the United Kingdom's premiere boutique art house label Second Run. Available since 2007, Marketa Lazarová is now also available in an inexpensive box set along with František Vláčil's 1968 follow-up The Valley of the Bees (Údolí vcel), and his competent though lesser Adelheid (1970), together with an exclusive bonus DVD of Tomás Hejtmánek's 2003 feature-length tribute to Vláčil entitled Sentiment. Like Marketa Lazarová, Valley of the Bees and Adelheid are available separately from Second Run, however, this box set is so inexpensive that it shouldn't be passed up.

František Vláčil (1924-1999) made more than a dozen features between 1960 and 1989, but it is his first five which made his international reputation. Vláčil's first feature, The White Dove (Bila holubice, 1960), available on DVD in North America from Facets, about a crippled boy nursing an injured carrier bird back to health, stylistically anticipated the Czech New Wave of Miloš Forman, Věra Chytilová, Jiří Menzel, Ivan Passer, and others. Vláčil's second feature, The Devil's Trap (Dáblova past, 1962), which remains unavailable anywhere on DVD, marked Vláčil's first foray into period films, a genre with which he'd forever remain identified outside of his homeland. The next three films in Vláčil's career, and the most important for establishing his international reputation, are those included in this box set: Marketa Lazarová in 1967, Valley of the Bees in 1968, and Adelheid in 1970.

Marketa Lazarová and The Valley of the Bees are both set in medieval Bohemia, in what is now the Czech Republic. Inspired by Vladislav Vančura's novelization of an actual mid-13th century feud between two landed families, Marketa Lazarová constitutes perhaps the most seemingly authentic depiction of medieval Europe ever to appear on film. Based on meticulous research, the sets, costumes, and props were constructed using authentically-historic methods and materials, the cast was compelled to live on set and essentially in-character during the two-year shoot, and the script and cinematography emphasized the thoroughly distinct medieval worldview of its characters. Collectively, these efforts created a environment both so seemingly authentic as to forever ruin the supposed realism of nearly any other historic film, and so genuinely alien from the modern world as to be frightening in its depiction of the harshness of Dark Ages.

In the chaotic medieval world of Marketa Lazarová, life is nasty, brutish, and short. Into this setting, Vláčil introduces a revenge tale that will see nearly everyone dead before it is done. Composed as two parts and further subdivided into twelve chapters, Vláčil imposes a structural order to the story, and further delimits the chaos to the world of the characters by providing God-like fabulistic narration. This separation of the viewer from the immediate experience of the characters appears to be intended to invite the viewer to contemplate the characters' often conflicting psychologies both discretely and as a comprehensible whole, rather than merely through the immediacy of the undefined jumble of the large ensemble of characters.

Spare in dialogue, but rich with a multi-layered soundtrack of medieval choir and modernistic experimental orchestra composed by Zdeněk Liška, Marketa Lazarová's soundscape is nearly as encompassing aurally as the stark black-and-white 2.35:1 widescreen compositions of cinematographer of Bedrich Batka are visually.

Vláčil's follow-up to Marketa Lazarová, The Valley of the Bees (Údolí vcel), also set in mid-13th century Bavaria, is the most narratively conventional of three films in this box set. The comparatively-straightforward story concerns Ondřej, a yeoman's son (Petr Cepek) pledged to a monastic order of knights while still a boy by his father, who upon reaching manhood attempts to renounce his monastic vows and marry his now widowed stepmother (Vera Galatíková ), but is relentlessly pursued by his mentor (Jan Kacer) who would willingly sacrifice everything to prevent Ondřej from losing his way.

Both more conventional and less epic than Marketa Lazarová, The Valley of the Bees would serve as an excellent introduction to the work of František Vláčil, especially for viewers less experienced with or more predisposed against experimental film.

The final film by František Vláčil in this box set, and the last he would complete for six years due to the chilling effect on Czech filmmaking of the '68 Soviet Invasion, is Adelheid. Set in the aftermath of World War II, Vláčil's first color film is a tragic romance between a Czech officer (Petr Cepek) returning home from wartime service in England and the Czech-German daughter (Emma Cerná) of a condemned high-ranking Nazi commander. 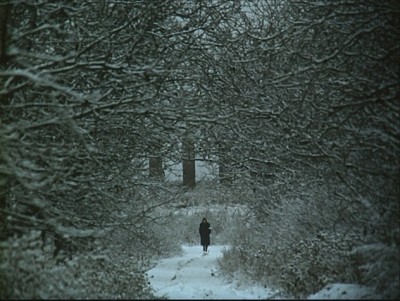 Adelheid is noteworthy for being the first Czech film to directly address the harsh treatment and forced expulsion of Czechoslovakia's ethnic German population following WWII, but is otherwise less satisfying than Marketa Lazarová and The Valley of the Bees. Languidly-paced, oblique and ultimately unconvincing in its presentation of character psychology, Adelheid fails to be as grand as Marketa Lazarová or as conventionally engaging as The Valley of the Bees.

Presentation
The František Vláčil Collection consists of four PAL-encoded discs in separate alpha cases housed in a simple cardboard box. The discs, cover art, booklets, and cases for the three films by František Vláčil are indistinguishable from the individual DVD releases. Sentiment, which is not available separately, is housed in a similar case with similar art work, but does not include a booklet.

Marketa Lazarová and The Valley of the Bees look fantastic. The image is clean and mostly free of scratches. Images are sharp and contrast is strong. Apart from occasional minor edge enhancement, aliasing, and moire shimmering, picture quality is remarkable. On the other hand, Adelheid has not held up as well; colors are faded and print damage is more considerable. Sentiment, though a relatively-new release purposefully looks dated and low-budget, but is likely just as the director intended.

Vláčil's three films are presented in restored mono, while Sentiment is presented in 2.0 or 5.1 DD. Dialogue is in Czech and occasionally German, with optional English translations. As with video quality, audio quality for Adelheid shows signs of age with occasional pops and crackles, but overall audio quality ranges from acceptable to excellent.

Extras:
The extras consist of a separate booklet for each of the three films by František Vláčil with partially-overlapping scholarly articles from Peter Hames, and the feature-length posthumous tribute to Vláčil by Tomás Hejtmánek, entitled Sentiment (2003). Scripted from audio tapes of interviews between Vláčil and Hejtmánek conducted in the '90s, Sentiment consists of re-enactments by actor Jirí Kodet, interweaved with contemporary footage of the landscapes featured in Vláčil's films, accompanied by untranslated excerpts of film dialogue. 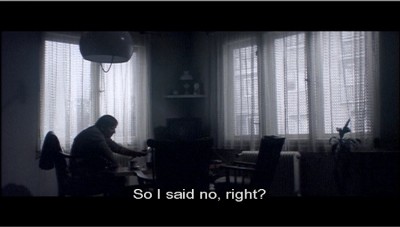 Final Thoughts:
For the cost of a single premium Criterion Collection release, Second Run has bundled three films by the late Czech filmmaker František Vláčil together with a feature-length tribute. Marketa Lazarová and The Valley of the Bees are each worth the price of admission, while Adelheid and Sentiment are both certainly lesser but not without their own merit. Accordingly, for anyone who loves classic European art house cinema but doesn't yet own Marketa Lazarová and The Valley of the Bees, the František Vláčil Collection is highly recommended.