Edition Filmmuseum // Unrated // September 10, 2010 // Region 0 // PAL
List Price: €25.99 [Buy now and save at Amazon]
Review by Chris Neilson | posted October 2, 2010 | E-mail the Author
It's difficult to know what to make of Michael Pilz's Himmel und Erde, a nearly five-hour unconventional ethnography of the Austrian alpine village of St. Anna. Though more than an hour and a half longer than Frederick Wiseman's Belfast, Maine, it isn't nearly as finely detailed or as expansive. Instead of showing many aspects of community life in great detail as Wiseman does, Pilz shows the same handful of activities repeatedly, inviting an ever deeper reconsideration of their meaning. 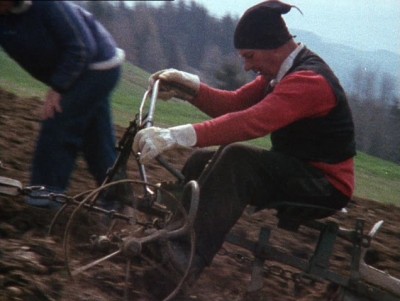 Himmel und Erde, translatable as Heaven and Earth, was recorded between 1979 and 1982. The documentary invites the viewer to contemplate the disruptive effects of technology on economic and social ties through circumscribed vignettes of village life which are oft repeated either as recycled footage or variations on a theme. The repeated vignettes explore the village school and schoolchildren, the farm and farm life, logging and road building, and the social life of the tavern and church. 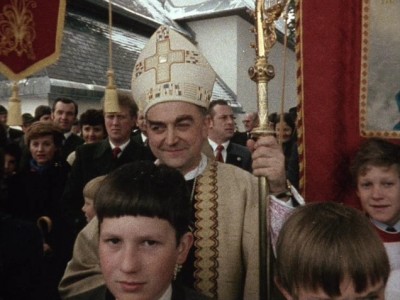 The schoolyard boys dream of being mechanics and electricians and imagine one day shipping their fathers off to retirement homes, their fathers lament the demise of farming as an economically viable vocation, and the community as a whole mourns those families compelled to move away to seek livelihoods elsewhere. 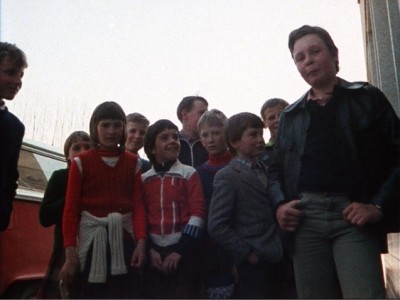 "In these modern times not everything is great" says one farmer, who like every other local farmer must also find supplementary non-farm work to support the family. With advances in farm machinery and consequential decreases in the price of farm products, hillside family farms are too small to meet farm expenses, yet the high costs of hillside farming and the social conventions of family farming blunt the consolidation of the small tracts. The result is a slow dissolution of an agrarian way of life that accreted over centuries -- farmer's sons grow up to be mechanics and electricians, and neighbors leave.

Pilz's methods are highly affected. In addition to the repetition of circumscribed vignettes described above, Pliz's frequent narration tends towards metaphysical poetics. The people of St. Anna are not as important as individuals as they are as abstracted physical manifestations of the ideas he attempts to convey through his poetic narration. Though Pilz may not have had a role in the DVD subtitling (but I strongly suspect he did), his devaluing of the subjects as individuals comes through clearly in how the documentary is subtitled. Although every word of Pilz's narration is subtitled, the degree to which the words of the villagers are subtitled varies in direct proportion to how well those words serve Pilz's purposes. For example, school reports and economic summaries selected by Pilz to be read by the villagers are nearly fully subtitled. Similarly, the extemporaneous answers to Pilz's questions are mostly subtitled, but dialogue between the villagers rarely earns a subtitle, presumably because such small talk doesn't advance the filmmaker's objective. 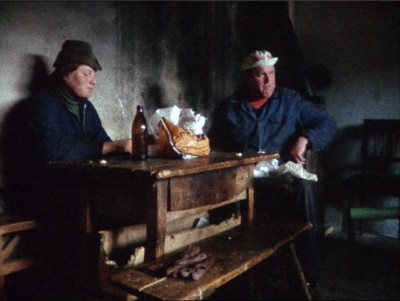 Video & Audio:
Shot on color 16mm and B&W 8mm, blown up to 35mm, then digitally transferred via SD telecine to DVD, Himmel und Erde is presented in its original 1.33:1 aspect ratio. The image is often grainy and shows some signs of age, however the overall visual effect is pleasing.

The 2.0 German original German audio provides little or no separation between the channels but generally sounds fine with only slight tape hiss.

Removable subtitles are provided in English, German, or French.

Extras:
The only extra provided is a booklet with an essay by film scholar Michael Pekler, a 2010 post script from filmmaker Michael Pilz, and DVD production notes.

Final Thoughts:
Michael Pilz's 285-minute documentary Himmel and Erde, an essay film in the guise of an ethnographic documentary, contemplates the finite lot of individuals as part of a continuum of human experience in the natural world. His subjects are born into a culture not of their choosing, live lives buffeted by economic and social transformations not of their making, raise children and pass away, while the natural world above their heads and below their feet abides. 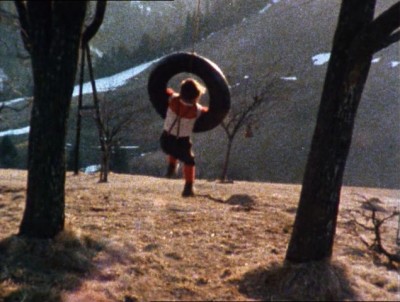