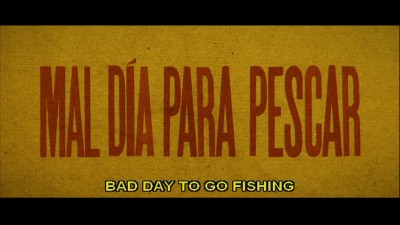 Bad Day to Go Fishing has one thing fighting against its success and one thing only, and that is a title that doesn't necessarily grab onto audiences as something that is destined to be a sure-fire winner and cinematic delight. The shockingly wonderful news is that despite a title that did little to muster my attention I was literally blown away by this gem of an offbeat comedy and spirited drama. To some degree, it is unlike anything I am accustomed to seeing and yet it balances the plotline (which is much more recognizable than the tone or influences) into a successfully entertaining time at the movies.


The story centers around two seemingly different and yet mysteriously alike characters. One is a former fighter once declared in competitions as the strongest man on the planet, and the other is a 'prince' (not really - but that doesn't stop the guy from calling himself one) who serves as his manager. This odd duo of Jacob Van Oppen (the fighter) and Orsini (the manager) is quite unique. One might get the sense that characters like these are not seen very often in film. Through the actors portrayals of two men, beaten down by their own senseless choices in life, one can find real sympathy for these odd-men out and root for them to find success in starting a career resurgence for Van Oppen as well as for the manager who wants to bring him back to his former glory days.  The pair arrives at the beginning of the film in a small South American town and by aiming to bring a challenge to the town for a chance at winning a genuine cash prize.  Things don't go so smoothly though as Orsini seems to be having trouble finding sponsors to finance the gamble. 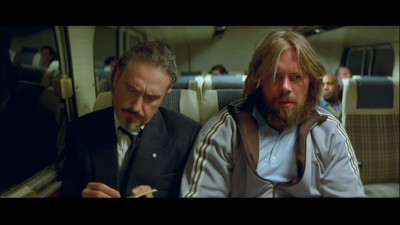 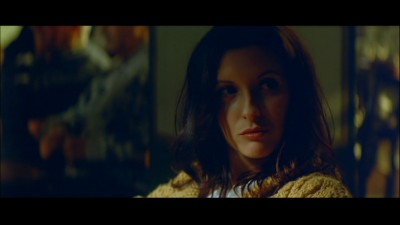 Events takes on many unexpected and thrilling turns over the course Bad Day to Go Fishing ultimately takes. This sense of unpredictability was refreshing and not what I had anticipated from the film. The setup seems standard in some regards, but the way in which the story is told is quite contrary. Even though the characters are also seemingly dysfunctional and working towards failure one can't help but also connect with the two leads - these are exaggerated but real characters that allow for a connection to be built upon the struggles which are faced.

The film benefits greatly from seemingly impeccable direction that really ties all the threads of the story together visually and through the impressive work done with the actors. The performances are strong across the board, and this was one of the greatest strengths on display. The nature of the film is also quirky - certainly offbeat - and stylized in a way that isn't so recognizable. It seems as though relative newcomer Alvaro Brechner was possibly influenced by the likes of the Coen Brothers or Wes Anderson but he also brings his own sensibilities to the table in a way that reminded me I was watching a film by a director to continue to observe in the future. This is the work of an assured film-maker with even greater projects to come. 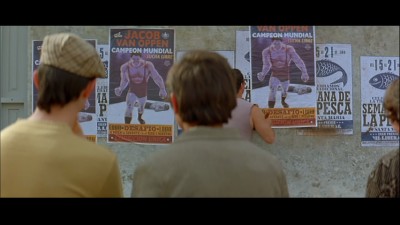 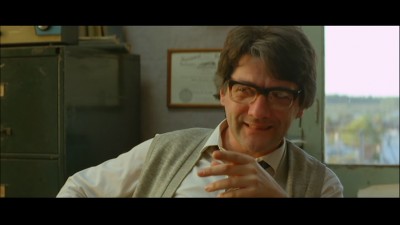 The 2:35:1 anamorphic transfer is for the most part very strong and pleasing on the eyes. The film looks sharp and has rich colors overall - however, the black levels in this film seemed off and I'm not sure if this is a fault of the transfer or the way the film was shot. However, the rest of the technical aspects are solid and there aren't any major distractions besides the somewhat weak black levels. It was a strong presentation.

The Dolby Digital 2.0 audio is impressive for a sound mix that lacks in surround effects. There is plenty of directionality amongst the front stage and the musical score really shines through effectively. I would have been happier with a slightly more immersive mix but I was pleased with the offering. 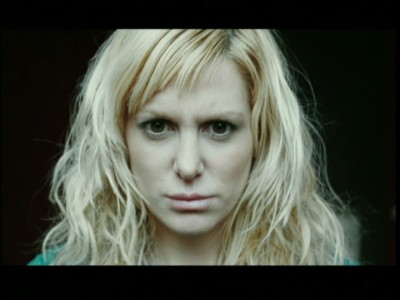 It's time to celebrate. If you enjoy the film Bad Day to Go Fishing you are more than likely going to love the included extras which consist primarily of two short films (each running around 20 minutes in length) by the same film-maker: Alvaro Brechner. These shorts demonstrate that his feature length debut was no mere fluke but the work of an artist finding his voice. These short films are entitled Sofia and The Nine Mile Walk. I would consider them both essential viewing. Biographical information is also included for those involved in making the main feature.

This was a remarkably spirited and engaging film with impressive technical skill and thematic merit. I was engaged from beginning to end. I loved it! The included short films are also worth viewing and make this an easy DVD release to Highly Recommend.