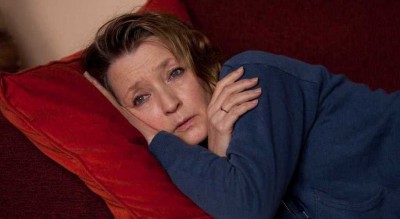 Like any dependable Mike Leigh picture, "Another Year" leisurely reveals its secrets. It's a glacial feature representing the passage of time, observing a single year in the life of a dangerously functional couple and their troubled friends and family. It's not a film of direct conflict or suspense, but one that nurtures a sinking feeling of unease and sadness, watching as some of these characters fall deeper into hopelessness, almost to spite the happiness around them.

Married for ages, Gerri (Ruth Sheen) and Tom (Jim Broadbent) have formed a relationship built on mutual respect and love, sharing their spirit with their affable son, Joe (Oliver Maltman). Into their peaceful lives comes Mary (Lesley Manville), Gerri's fidgety co-worker who finds the aging process unbearable, watching as her sex appeal fades, taking comfort in copious amounts of wine. Throughout the year, Mary invades Gerri and Tom's life, desperate for attention, soon growing fixated on Joe, looking for love and a way to organically entrench herself in the family. As the seasons change and a few other personal challenges enter Gerri and Tom's household, Mary remains a constant source of difficulty, leaving the composed twosome struggling for patience. 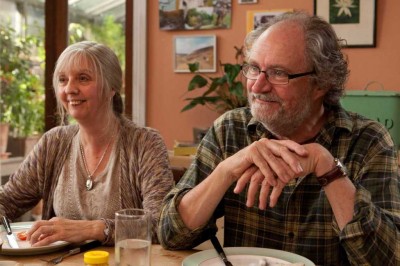 "Another Year" doesn't bring about a great change of pace for Leigh ("Secrets and Lies," "Vera Drake"), instead locking him into a fairly linear tale of self-destruction, viewed through a series of social gatherings spread across four seasons. Following the director's routine, "Another Year" is a character piece of plentiful behavior, with Leigh stepping back to examine how these personalities survive as drama enter their lives. It's a story of jealousy and despair, but sold with an understated realism that slowly screws in the discomfort, carefully establishing a pathology that doesn't lead to climatic explosion, but a rotted sense of realization, more effective than any blustery showdown.

While the staging is impeccable and the cinematography divides the film's environmental changes splendidly, the majority of the picture is handed to the cast, who provide exemplary work here, working a specific mood of diplomatic social pleasantries corrupted by drink and dejection. Broadbent and Sheen make for an extraordinarily comfortable couple, communicating a lifetime of kindness and security in mere looks and conversational timing. It's not a cloying depiction of twinkling domestic accord, but a natural flow of life between two people who genuinely enjoy each other's company, finding peace in gardening and the buoyant personality of their son. 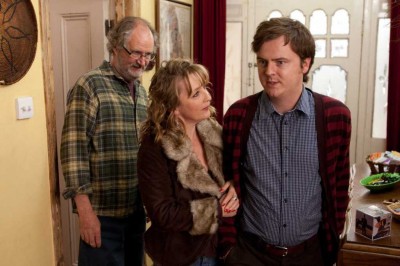 As Mary, Manville has the troubling role, asked to be the story's cancer without making the character too pathetic or vicious. Manville depicts a jittery obsessive quality to the role that's hypnotic and repulsive at the same instant, finding four corners to Mary in very few moves, keeping the fearful middle-aged princess in a constant state of bang-yanking distress without pushing antics into bleeding hysterics. It's a remarkable performance in a film of uniformly splendid work, with Manville stealing the film through her interpretation of paralyzing depression, often viewed through an overflowing wine glass.

"Another Year" touches on death and more direct family conflicts, and while it doesn't assume a great urgency (keeping to Leigh's traditional trickle of neuroses), the picture hits an eloquent note of despondency in the end. It reaches a foregone conclusion, yet finds a measured visual summation that's surprisingly potent; a testament to the power of performance and the unique sense of life Leigh brings to cinema.