Kino // Unrated // April 19, 2011
List Price: $79.95 [Buy now and save at Amazon]
Review by Stuart Galbraith IV | posted June 2, 2011 | E-mail the Author
A three-disc collection of more than ten hours of early French silent films, Gaumont Treasures, Vol. 2 - 1908-1916 is both fascinating and highly rewarding, in ways particular to movies a hundred years old. While I haven't yet watched absolutely everything, I didn't notice any lost silent masterpieces, at least not in the way later films like Intolerance, Greed, The Big Parade, and Sunrise can still move and surprise audiences even today. No, the films in this set work a different kind of magic: They are almost living documents of the time and place and culture in which they were made, offering some pretty incredible glimpses into what's fast becoming a distant past. (Funny, silent movies didn't seem all that ancient 40 years ago when I first discovered Harold Lloyd.) The films in this set also mark the aesthetic and technical advances rapidly being made and which, ironically, would unfairly render them obsolete relics a mere 15 or so years later. For instance, in the century-old animations of Émile Cohl are early but startling clear antecedents of a style later perfected by Terry Gilliam, in his animation for Monty Python. Also on display are amazingly sophisticated color film and talking picture processes, namely the Trichromie and Phonoscéne.

All were produced (and in 2009, restored) by Gaumont, a leading French film company still in operation 116 years after its founding. Kino International's set, licensed from the current Gaumont, devotes one entire disc each to animator Cohl and another to Jean Durand, known for his knockabout comedies and animal-packed adventure-melodramas. The third disc samples other directors, forms, and genres, including those early color and talking pictures, as well as amazing archival footage of Gaumont itself. 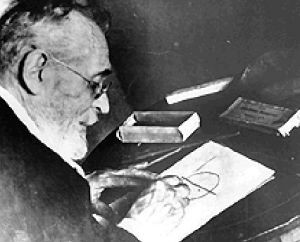 Cohl was a caricaturist of the Incoherent Movement, who got into films later in life, at the age of 50. His shorts, running one to eight minutes in length, are by today's standards technically crude but still very clever. I wasn't planning on showing them to my three-and-a-half year-old daughter, but she wandered in one evening and became totally hooked. We watched most of the films over several nights. Cohl would probably be pleased to know people halfway around the world were still looking at his modest animated shorts more than a hundred years later.

Kino's liner notes rightly note that Cohl "[paved] the way for other innovators - such as Windsor McCay and Walt Disney," but in terms of the diversity and frequent abstractness of his animations Cohl reminded me more of Scottish-born Canadian animator Norman McLaren. Like McLaren Cohl dabbled in pixillation, used and blended found objects in the manner of Czech surrealist Jan Švankmajer, and, as noted earlier, some of his shorts have the look and ironic sensibility of Terry Gilliam.

Even though the shorts are all one reel or less, the Émile Cohl disc runs more than three hours, and films can be selected from both chronological and alphabetical lists. As with the other films in this set the inter-titles are in English (while respectfully retaining the Gaumont trademark). All on this disc have musical accompaniment by Bernard Lubat, some of which I found a bit distractingly modern and avant-garde for my tastes.

Included are the following films: Fantasmagoria / The Puppet's Nightmare / Drama at the Puppets' House / The Magic Hoop / The Little Soldier Who Became a God / The Boutdebois Brothers (all 1908) / Transfigurations / Let's Be Sporty / Japanese Fantasy / The Happy Microbes / Modern Education / The Living Fan / Spanish Clair de Lune / The Next Door Neighbors / Crowns / Delicate Porcelains / Monsieur Clown Among the Lilliputians / Comic Mutations / Matrimonial Shoes / The Enchanted Spectacles / Affairs of the Heart (all 1909) / Floral Frameworks / The Smile-o-Scope / Childish Dreams / En Route / The Mind of the Café Waiter / Master of a Fashionable Game / Petit Chantecler / The Twelve Labors of Hercules / Petit Faust / The Neo-Impressionist Painter / The Four Little Tailors / Art's Infancy / The Mysterious Fine Arts / The Persistent Salesman / A History of Hats / Nothing Is Impossible for Man / Mr. Crack / Bébé's Masterpiece / Music-mania (all 1910). 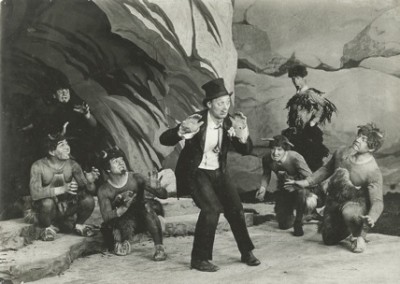 Like Griffith, Jean Durand died ignominiously in the 1940s. This set is dominated by his comedies, mostly vehicles for slapstick comedians like Ernest Bourbon and his "Onésime" character, and Durand's character-comedian wife, Berthe Dagmar. Durand's comedies are quite different from American ones of the same period, with a stronger emphasis placed on circus and music hall theater-type antics. These frequently revolve around human interaction with wild animals, including lions, elephants, and baboons. Some also incorporate multiple exposures and other visual effects for their humor, continuing the tradition of Georges Méliès. Later in his career Durand flirted with American-style Westerns, of all things (filmed in the wetlands of southeastern France), though cattle drives and Indian battles are really extensions of Durand's strengths when one stops to think about it.

Included on disc two are the comedies Calino's Baptism (1911, 3 min.) / Calino Wants to Be a Cowboy / Zigoto and the Affair of the Necklace (both 1911) / Calino the Love Tamer / Zigoto's Outing With Friends / Oxford vs. Martiques / Onésime Goes to Hell / Calino, Station Master / Onésime, Clockmaker / Onésime vs. Onésime / Zigoto Drives a Locomotive (all 1912) / Onésime Gets Maried... So Does Calino / Onésime: Calino's Inheritance / Onésime Loves Animals / Onésime, Tamer of Men and Horses / Onésime and the Heart of a Gypsy / Onésime, You'll Get Married...or Else! / Onésime's Theatrical Debut (all 1913) / Onésime's Family Drama, plus the dramas The Railway of Death / Burning Heart: An Indian Tale / Under the Claw (all 1912). A short but useful documentary featurette about Durand accompanies this disc. As with Disc 1, the shorts are accessible alphabetically and chronologically.

Disc Three is a catchall of other material, including slapstick (The Long Arm of the Law, which my three-year-old loved), experimental film, and realism. The special features on this disc are particularly interesting though the shorts here are frustratingly undated. Three musical shorts are technically impressive though limited to what looks like lip-synched rather than "live" performances. But the early color shorts are astounding. Using a black-and-white separation process optically if not chemically similar to three-strip Technicolor, the results are significantly richer and truer than Technicolor's two-strip process developed later in the silent era.

Considering the age of these films - a century old - most are in good to excellent shape and have been restored to the extent possible several years ago. The stereo audio of the music accompanying the shorts is fine, with the scores properly attuned to each picture's style and mood. The English intertitles (and occasional subtitling of French text) are unobtrusive.

Supplements include the aforementioned Jean Durand featurette, experimental color and sound films, and footage of Gaumont studios and its Palace Theater, all described in more detail above. 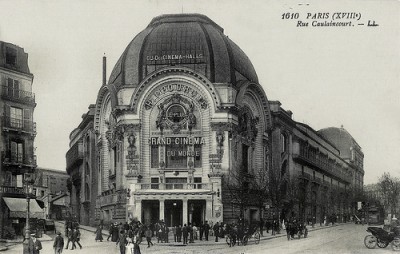 This excellent set of movies from the early days of silent cinema still works its magic and though mainly for those with an interest in such films, more general audiences will find much to like, too. A DVD Talk Collector Series title.