Red-hot noir meets a college lecture in "The Big Bang," a distinctive spin on detective dealings that bravely assumes audiences might be more interested in the nuances of physics than any sort of narrative momentum. Energetically acted and scripted with faint pizzazz, the feature simply runs too hot and cold to convince. The movie's originality is stimulating, but it often cuts into the basic necessities of the mystery genre, pausing the action to tend to monologues concerning time and space. Dames, diamonds, and science -- they don't exactly form an exhilarating motion picture.

A wiseacre private detective, Ned Cruz (Antonio Banderas) has fallen on hard times, growing tired of the chase. Into his life comes a hulking Russian boxer named Anton (Robert Maillet), looking for a mysterious woman who romanced him via letters during his stint in prison, resulting in the theft of diamonds. Reluctantly taking the case, Cruz hits the streets of L.A., armed with a single photo and bizarre stripper stage name. Instead of assembling clues, Cruz finds himself caught in a wild plot involving three vicious detectives (Delroy Lindo, Thomas Kretschmann, and William Fictner), a befuddled wannabe actress (Sienna Guillory), and Simon Kestral (Sam Elliot), a rogue physicist looking to recreate the big bang underground using his own personal particle accelerator. 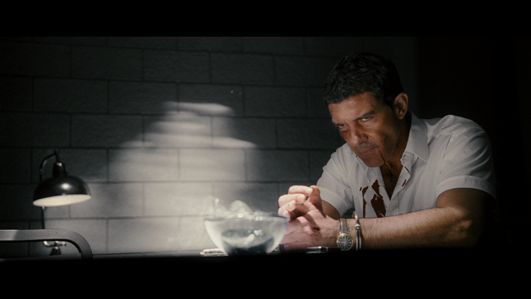 "The Big Bang" actually commences with a flavorful kick, displaying director Tony Krantz's ("Otis") enthusiasm for the material and the visual possibilities of a neo-noir movie infused with heavy scientific overtones. Permitting Banderas an opportunity to exercise his natural charm and thespian vigor, the picture strikes an immediate note of mystery and sly comedy, with Cruz spending more time dreaming up sophisticated retorts than digging around a heavily lit city of doom for clues. The screenplay by Erik Jendresen is a feisty piece of work, with broadly imagined characters establishing quirky personality during first act of the feature. The opener hums wonderfully, finding cool tones of detecting and the hot blood of sin (Autumn Reeser makes a sensual impression as a waitress with a subatomic particle map tattooed on her chest), settling in for a comfortably formulaic ride.

As Cruz peels back the multiple layers of the case, learning more about his unstable client and the mystery woman at the heart of all the trouble, "The Big Bang" switches gears, finding joy in physics, replacing gun-totin' tension with a scientific determination. I'm not convinced Krantz fully captures Jendresen's lofty ideas, but there's an effort to swing the plot to a specialized place of discussion, turning the film into a talky event that merges investigation with quantum mechanics. The inventiveness of the script is curious, but the move to matters of the universe stops the movie cold, with too much time wasted on sorting out the particle accelerator business, creating a flat villain out of Kestral. With noir intimacy blown, "The Big Bang" loses concentration and pace, bogged down by superfluous details needed to reinforce the science. During a stretch where the noose should be tightened for Cruz as he inches toward his climatic discoveries, Krantz is off fiddling with a Rubik's Cube, ignoring suspense to satisfy those who've bought into the gimmick of the picture. 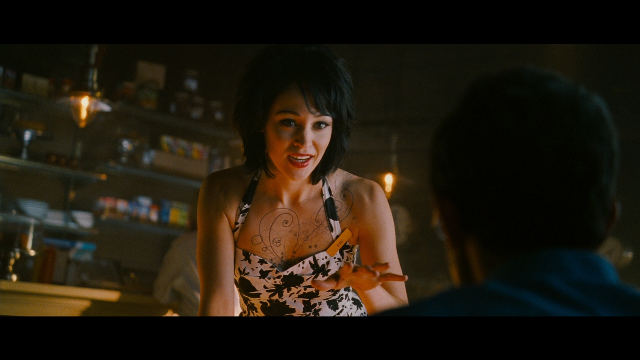 Worth noting is the stunning cinematography from Shelly Johnson. "The Big Bang" is photographed magnificently, with commendable greenscreen work (always a tricky situation) and extreme attention to lighting, creating a lush widescreen space. The visuals are always alert and immersive, taking over when the script and direction lose sight of the finish line. 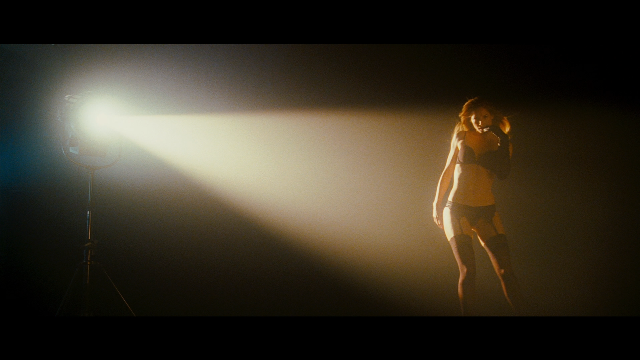 The AVC encoded image (2.40:1 aspect ratio) presentation reveals trouble with shadow detail, with a few overly contrasted moments pulling information out of the frame, especially on faces. Clarity is generally strong, offering a feast of intricate lighting designs and bloody wounds, while also keeping track of subtle set details and tattoo work. Colors are accelerated, offering punchy blues and reds emerging from neon sources, keeping a nice separation despite their amplification. Some fine grain is detected. Skintones are accurate, while facial textures register as intended.

The 5.1 TrueHD sound mix holds the noir mood comfortably, with a superior push of weighty voices and accents, making expositional scenes easy to follow, handed a frontal force to retain clarity. Scoring is satisfactorily separated throughout the presentation, keeping a feisty presence to support the mystery, without stomping over the action. Low-end registers well, with violent encounters kicking up a rumble, while directionals are active, keeping tabs on bullet hits and atmospherics, including a few effective echoy scenes set inside cavernous locations. 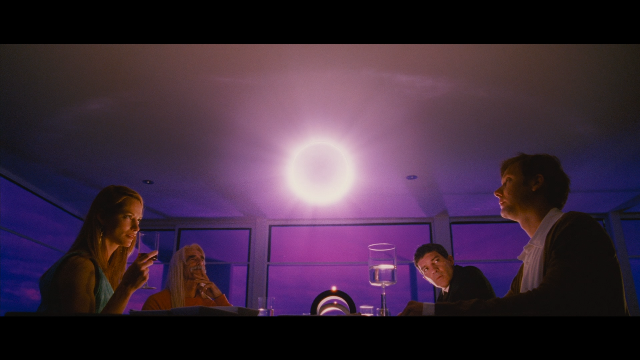 A feature-length audio commentary with producer/director Tony Krantz and co-producer Reece Pearson is a rudimentary effort from enthusiastic individuals, with much of the conversation devoted to details of the frame. I enjoyed Krantz's effort to inform his audience about locations (the film was shot in Spokane, Washington) and production challenges, chatting up the trials of his low budget and the complexity of the script. Having the director point out his artistic and thematic intentions helps quite a bit, even if these ideas barely register on the screen. It's an illuminating conversation, though often tripped up by annoying play-by-play habits. Interestingly, Krantz brings up an extended sex scene that garnered the picture an NC-17 rating, but the moment isn't included on this disc.

"Making Of" (19:56) essentially repeats everything from the commentary, only here we get to witness the cast and crew speaking for themselves. Thematic and stylistic concerns are addressed and celebrated, while the actors express their character motivations and hopes for the film. 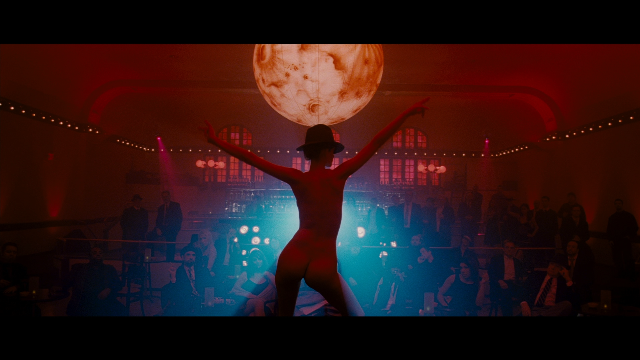 "The Big Bang" is a clever film and agreeably produced, but compelling? Not really. It doesn't always supply the smoothest ride of revelations and comeuppance, spending more time sorting out its homework than dealing with the sweet slings of sleaze and suspense that often define the genre. 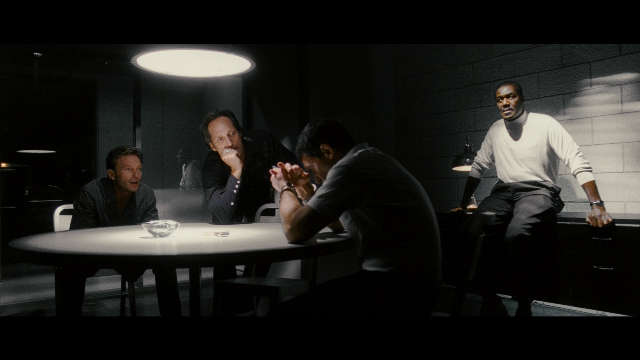