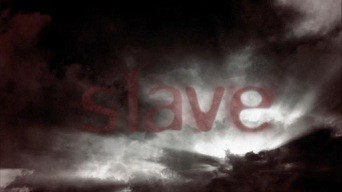 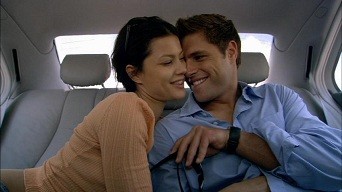 Phase 4 Films' provocative cover art for their recent release of Darryn W. Welch's Slave hints to the uninformed that it is one of those torture films in the vein of Hostel or Saw, especially given the brief prurient blurb on its back that throws in verbiage like "brutal sadomasochist submission." However, while Slave does have its dark moments, it is anything but a violent horror film. This 2009 production, instead, is much more reminiscent (perhaps deliberately?) of the surprise Liam Neeson mega-hit Taken from a couple years back. I couldn't help but notice after watching the film that its trailer does drop the word "taken" in its dialogue. Hmm.

Slave opens by establishing Sam Page's character named David. David's life isn't going so well. He's the product of a broken home, and though he managed a college degree, his promising career comes to a screeching halt when he's let go by his employer. The one bright spot in his existence is his beautiful fiancé, Georgie. Georgie wants to meet David's long-estranged father, a has-been boxer who now deals drugs in Spain, before they marry, so off they go on a vacation. An ill-conceived night out at the clubs, however, leads to Georgie's disappearance. David slowly pieces together what has happened to Georgie - and plans on retrieving her from the drug dealer who has kidnapped her, with or without his father's assistance.

Tyler Foster, another DVD Talk reviewer, posted his thoughts on Slave a couple months back here. Reading his comments now, I think we both felt a similar frustration with this film. For a low budget production, it has a lot going for it. The cinematography is inventive at times - and location shots are beautifully captured. I especially liked some of the shots in the father's sprawling estate, where David and Georgie spend their first day in Spain. The acting isn't bad, and the script shows some early promise with its character development. The plot's set-up was certainly engaging.

And yet, the movie falls disappointingly flat. For me, like Tyler Foster, the last act just doesn't work. Once Georgie's predicament is revealed, the entire conclusion seems telegraphed. It was pretty clear how David and his father's sub-plot would be resolved, just as the fate of several other characters were predictable as well. The movie also ends on a down note - not that that's a bad thing per se - but it's still a downer.

Slave, ultimately, showed some promise and did keep my interest throughout. That's enough for me to give it a "Rent It" recommendation - but it's one of those films where you leave thinking it could have - and should have - been better. 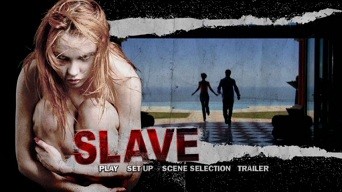 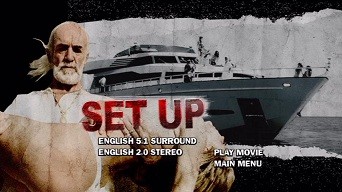 Phase 4 Films gives Slave an anamorphic widescreen presentation with a 1.78:1 aspect ratio. The movie looks about as sharp as a movie can on standard DVD. The location footage, especially, appears vibrant and colorful.

Two audio options are present on this disc: Dolby Digital 5.1 Surround and 2.0 Stereo. Both are English language. The 5.1 appears to be the default and the one I listened to. The mix seemed adequate if unspectacular, with dialogue occasionally obscure. No subtitle options are available.

Trailers for Scar, Terror Trap, Deadland, and Cornered! precede the main menu. They aren't accessible via the menu system, however a Trailer link provides access to a trailer for Slave itself. And that's it for extras.

Slave is more akin to the thriller Taken than it is to horror fare like Hostel. Darryn W. Welch's film shows some promise visually, but it ultimately disappoints. Rent it, if you're curious.