From Prada to Nada

The ladies are orange.

Though I'm reluctant to bring up any suggestion of racism, "From Prada to Nada" features two lead actresses in "orangeface" for the duration of the feature, positively shellacked in thick make-up for reasons that seem obvious, though I'd like to give the production the benefit of the doubt. After all, the picture is such a lightweight, forgettable movie, I'd hate to learn the producers struggled to amp the ethnicity of the actresses when that precious time clearly should've been devoted to reworking a wheezy, clumsy script.

Living the high life in Beverly Hills, sisters Nora (Camilla Belle) and Mary (Alexa Vega) are forced into a difficult situation when their father dies, revealing the beloved man was in the process of bankruptcy. Kicked out of their mansion by the high maintenance wife of their estranged half-brother, the ladies move in with a relative (Adriana Barraza) in East L.A., receiving a major dose of culture shock once confronted with pure Mexican society. With Nora out trying to maintain her altruistic course, Mary searches for a sugar daddy, refusing to adapt to her new surroundings. As the sisters face real love for the first time in their lives, they come to understand themselves, accepting their heritage and blossoming as young adults. 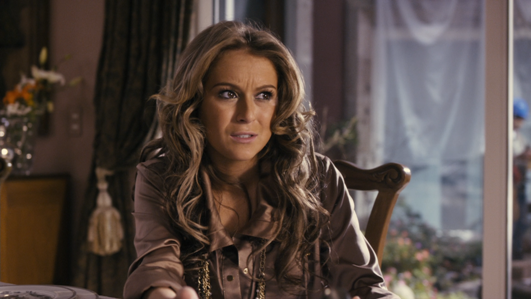 "From Prada to Nada" is a major reworking of Jane Austen's "Sense and Sensibility," moving the romance and sibling interplay to the streets of Los Angeles, where director Angel Gracia endeavors to stage a celebration of Mexican urbanity and feminine empowerment. To the film's credit, the material isn't pitched as broadly as it could've been, selecting a more sedate tone of shame and suitors, dialing down the princess fits to explore the sisters as frustrated people, not squealing, bulging clichés. The restraint is prized, especially with the character of Mary, who bubbles over with anxiety in a few scenes, yet rarely launches into screaming meltdowns.

The screenplay is rooted in East L.A. atmosphere, with the film happily playing up culture particulars and fish-out-of-water formula, leaving the material with a special fingerprint that's wasted on dull characterizations. Nothing feels alive here, working a routine of love and low self-esteem that grinds the feature to a halt, laboring through mechanical subplots that find the ladies being wooed by difficult men or dealing with local employment infractions facing undocumented workers. Some bite would've been nice, maybe a little acid, infusing Nora and Mary with complex personalities that enrich the comedy and expand their transformations. Gracia can't keep the material awake, leaving Belle and Vega with little charisma to communicate. There's also the orange problem, which is completely distracting, and the film's mangling of looped lines, adding to the emotionless ambiance of the feature. 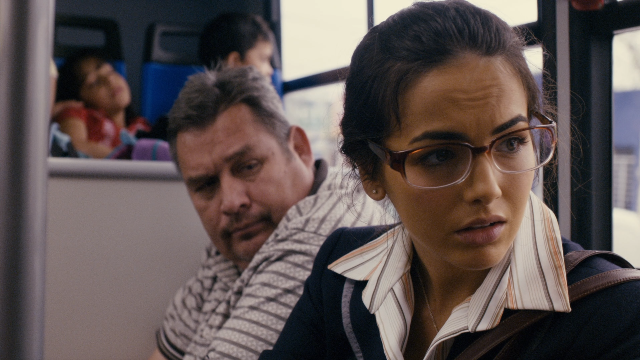 Offered a feast of bold Latin colors and wild costuming, the AVC encoded image (1.78:1 aspect ratio) at least sets a specific mood correctly, with punchy hues establishing specific interiors and heightened fabrics. Shadow detail is lacking a suitable stability, with some overly contrasted moments losing the crisp details of the frame. Softness is detected throughout the presentation, though solid detail is available with neighborhood encounters, generating an evocative feel for the locations.

The 5.1 DTS-HD sound mix finds the right balance between dialogue exchanges and blasts of soundtrack and scoring. The music sounds full and brassy, providing a decent low-end thump to feel out the pulse of the tunes. Verbal activity is pronounced and frontal, separating accents and languages comfortably. A few shock moments are gracefully amplified, offering a kick, though most of the track is easy on the ears. Atmospherics for parties and offices are agreeable, with a pleasing directional movement to the background chatter. 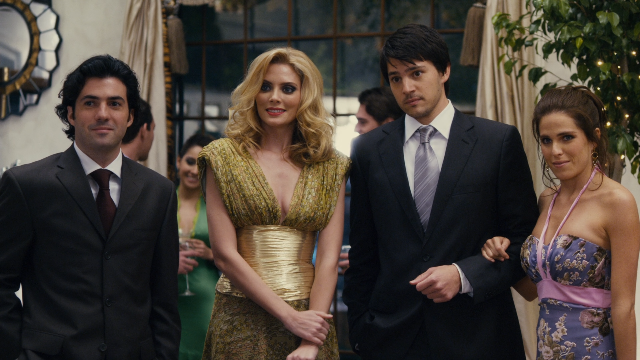 "From Nada to Prada" (23:41) is a rewarding snapshot of the production effort, with cast and crew interviews walking through the steps required to bring the material to the screen. Conversations are celebratory, but register as sincere, downplaying featurette gloss to focus on the achievements of the low-budget picture, which was overseen by a largely Mexican crew.

"SPARC Your Imagination with Judy and Wilmer" (17:55) chats up artist/scholar Judy Baca and star Wilmer Valderrama about the look and creation of the paintings and murals featured in the film, with an exploration of technique and artistic intent. The conversation soon moves over to the work going on inside a Los Angeles mural school, where student can go to exercise their gifts in a positive manner.

"My Family, Mi Familia" (31:28) gathers most of the cast and director Gracia for a free-form conversation about the picture and the camaraderie on the set. It's a loose atmosphere, but the professionals have plenty to share about the filming experience.

"Bloopers" (2:40) offers a round of mix-em-ups, most featuring blown lines and giggle fits, though an impromptu song from Belle steals the show. 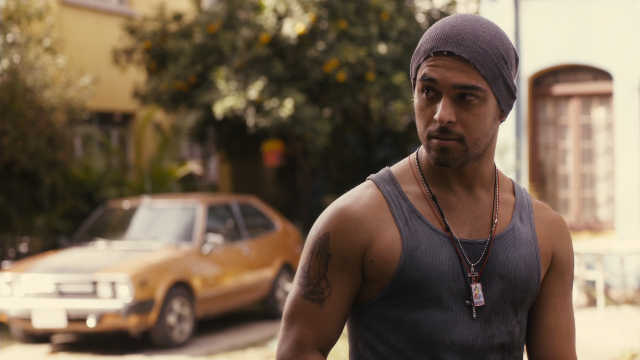 Love is lost and regained, lives flourish in East L.A., and faces remain orange. "From Prada to Nada" is a pretty lazy motion picture, leaning too hard on clichés to appease audiences on the hunt for fluff. Perhaps overt racism might've brought something interesting to the picture. Anything would've been more welcome than a dry routine of romance and rejection, arranged by a sluggish filmmaker. 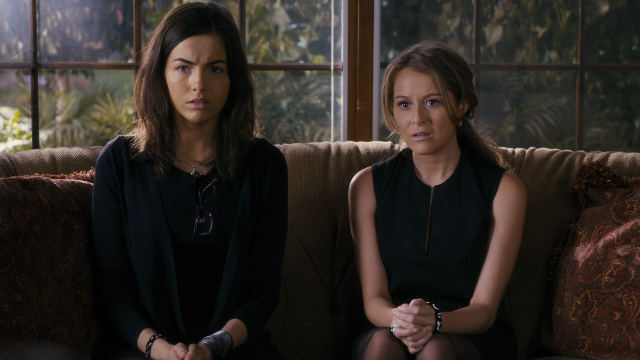