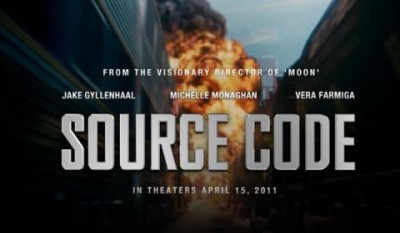 Director Duncan Jones blasted onto the scene as a notable and much beloved film-maker with only one feature-length creation to his name with 2009's surprise hit Moon - a sci-fi story that was also entirely led by the one man show of Sam Rockwell, who delivered a powerhouse performance. Even for those who found the film disappointing, it was something that was attempting to be subtle and even thought-provoking. Where is a director to travel next with such lofty expectations forming from a rather serious and already devoted fan-base? In this case, the answer for Jones was to make a more marketable sci-fi thriller with all the repetitiveness and unoriginality as any number of science fiction films produced over the last several decades while at the same time making a delicious slice of entertainment-pie that aimed to thrill audiences every minute. The answer was to make Source Code. 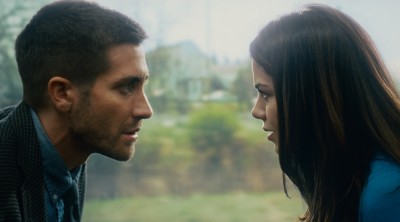 The main premise behind the film is that Colter Stevens (Jake Gyllenhaal) has eight minutes in a given time to try and figure out who bombed a train and to stop it from exploding, and thereby killing all of the passengers onboard. He manages to do this by using the help of a mission leader (Vera Farmiga) who seems to know much more about the protocol than he does himself. The process is done through a system known as the Source Code. When Colter Stevens wakes up on the train at the start of the film he finds that he has no idea how he even got there in the first place while everyone on board seems to recognize him. He doesn't recognize anyone and is confused by the circumstances surrounding him. Throughout the course of the film he befriends and romances Christina Warren (Michelle Monaghan) and begins to find the mission even more important to him.  A downside is that the bomb repeatedly keeps going off and killing everyone, and flinging him back into reality. Colter must re-enter the train through using the Source Code until he can successfully complete his mission.

There are a number of positive things about Source Code that are in it's favor. There are also several rather noticeable detractors. Perhaps the best thing about the film is the fact it is mostly entertaining.  Unfortunately, that kind of acknowledgement doesn't serve as a good enough reason to wholly endorse the film to any movie-goers on that merit alone. The script is merely average at best and doesn't really do anything to raise the bar for sci-fi thrillers. The more films a viewer has seen that fit that description the more likely someone is to walk away from the experience of watching Source Code feeling bummed out by it's rather mundane predictability. Serious sci-fi fans will see a lot of elements in the story coming before they arrive and those who have seen a lot of crime-solving stories might not even be too puzzled in figuring out who the bomber actually is. I can't help but believe these elements will both come down to previous viewer experiences. Source Code almost seems to serve as the kind of film best experienced by those who aren't regular movie-goers with a lot of film knowledge. 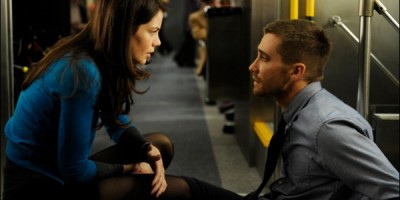 One of the greatest strengths that exists in the final product is the generally impressive performances. Gyllenhaal and Monaghan excel the most with impressive chemistry that makes it hard to not become caught up in caring for these characters over the course of the film. Farmiga also delivers a worthwhile performance, but unfortunately the character she is performing is left without much to really do but sit around and give instructions. There are some interesting moments between her and Gyllenhaal but they are few and far between. If there is a downside to the acting it is the performance by Jeffrey Wright, who seems to be completely unhappy with his role as Dr. Rutledge (the man responsible for directing the Source Code headquarters). Wright's character has some of the worst lines in the entire film, and while I can't help but feel he was merely given a poor acting opportunity to begin with I also feel as though his disinterest completely seeped into the actual performance. I usually enjoy Wright's work but in this film he is undeniably one of the weakest links.

I was surprised to find that I found the special effects both impressive and still disappointing at the same time. The effects generally help the action sequences to feel even larger in scale than they actually were (given the more moderate budget) but sometimes they seemed a bit more 'cartoony' than I would have imagined seeing. Despite the effects being worthwhile it's still easy enough to tell that this film is not in the same league as many "Summer Film" productions. There is a moment in particular with Gyllenhaal rolling around on the ground, outside of the train, that really seemed like nothing more than poor CGI. The sequences actually taking place on the train fare much better.  Visually, this is a film that certainly does try to excel in a lot of areas and mostly succeeds.  The cinematography by Don Burgess (Spider-Man, The Book of Eli) is quite phenomenal and appealing. Director Duncan Jones demonstrates a good eye for creating visuals, but the opening sequence had notably duller shots of buildings in that generic "action-movie" way that always seems forced rather than inspired. Honestly, to put it bluntly - that is never a good way to start a film. 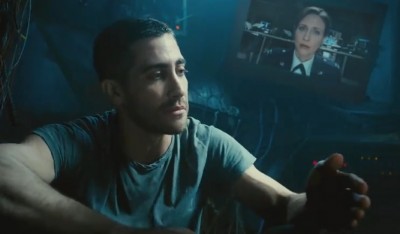 The saddest thing about Source Code is that while it may be entertaining to watch from start to finish it never manages to grab a hold of it's audience enough to make a truly lasting impression. I have always held the opinion that in order for a film to be considered as truly memorable something about the final production needs to make enough of an impression on a viewer that there is something to mull over afterwards. Source Code ended without anything particularly new or interesting to say that audiences haven't heard before numerous times with sci-fi action thrillers that seem to be made on a never-ending cycle.  There was nothing about the script that set this apart as must-see entertainment.  The good news is that Duncan Jones tries to make this an enjoyable thrill ride and to some small degree he succeeded. If all you want is a couple of hours with a moderately entertaining thriller this should help to fit the bill.