As much as I wanted "The Perfect Game" to be a fearless Mexican version of "The Bad News Bears," the picture just wasn't in a wish-granting mood. More of an inspirational tale compounded with a true story, "Game" is a feature of sheer earnestness, which tends to grate and persuade with equal determination. However, it's easy to praise the film's gushing heart, which might be enough to satisfy less demanding viewer in the mood for a few smiles and cheers; a sparkling tale of baseball triumph ideally issued during the heart of the season.

In 1957, Cesar (Clifton Collins, Jr.) was a former employee of the St. Louis Cardinals who returned to his Monterrey, Mexico home to bury his shame in the steel mills of the city. Finding the game of baseball alluring and domestically fulfilling, the local boys pester Cesar to become their coach, eager to master the sport despite their size and economic reality. Tentatively agreeing, Cesar attempts to whip the boys into a team, joining the Little League system only to play a few friendly games. When the boys end up on a championship streak, Cesar is determined to keep the kids on task, while the outside world prods them with the reality of racism and general sporting discouragement. 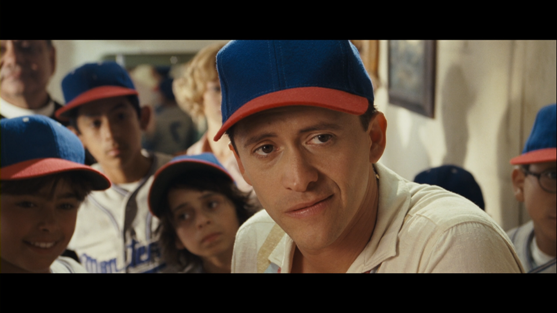 Directed by William Dear ("Harry and the Hendersons"), "The Perfect Game" is a benign story of underdogs and Mexican spirit, never once betraying its family friendly tone, helped in great part by a religious angle, as the boys enjoy guidance from a local priest (Cheech Marin). I would never fault the film for being welcoming, but Dear dumps in the gee-willikers by the truckload, dishing up vanilla flavoring to a point where the film comes across more as parody, not just overpowering sincerity. Think lots of lessons learned, inspiring speeches made, and visa miracles received; without a counterpoint to all of this encouragement, the feature's bright side all the more blinding.

Communicated in a broad soap opera fashion, it takes a great amount of patience to endure some of these performances and the screenplay's unsophisticated hysteria. Again, "Perfect Game" has its heart in the right place, but it finger-paints its morals and characterizations, making sure emotions and motivations are broadcast at top volume, lest those in the back row fail to immediately compute why American-bred racism is ugly or how grief darkens the soul. It's almost irritating how over the top this film tends to push just to make simple dramatic points, flailing in vain when subtlety would pack a more direct punch. Thankfully, the baseball encounters are impressively juvenile in appearance (with a believable retro feel), making the sporting sequences compelling as the Monterrey boys come together as a team. 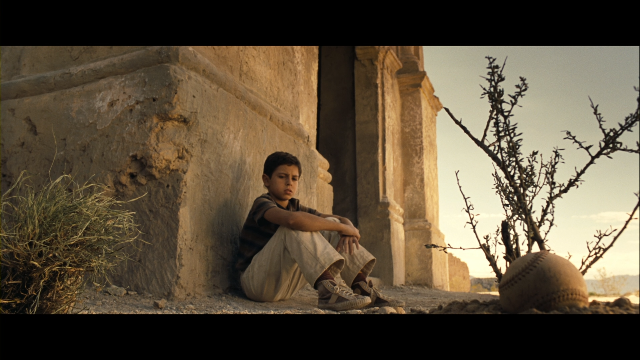 Dealing with dusty, spare environments, the AVC encoded image (2.40:1 aspect ratio) presentation maintains the movie's golden look, taking care with textures and the film's highly manipulated color timing. Detail is comfortable without being remarkable, capturing intensity of reaction and rural Mexican decay (the locations are evocative, but clean). It's a very bright image with a blown-out look, limiting the intensity of colors, which look satisfactory. Shadow detail is somewhat lacking, losing stability in hairstyles and low-light sequences, while skintones vary in natural appearance.

The 5.1 DTS-HD sound mix is capable of handling various instances of overlapping dialogue and accents, providing a frontal force for verbal exchanges, sustaining a concentration that helps with the commotion. Scoring is pronounced but never obtrusive, offering some surround activity. Atmospherics are generally capable, boosted with crowd sequences and factory bustle. The track supplies the basics with ease, but never truly offers a lush feel for cinematic mechanics. 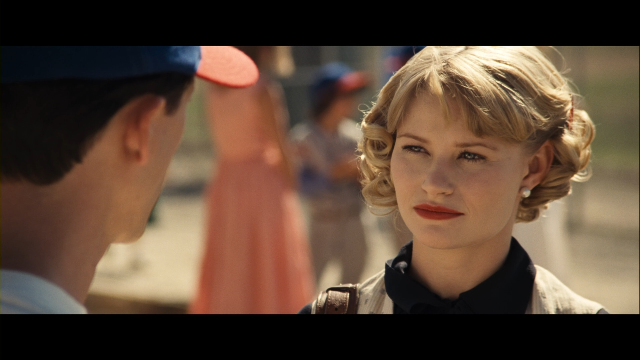 The feature-length audio commentary with director William Dear is a direct shot of production information, with the filmmaker cutting straight to the point. While elusive about the movie's scattered production history, Dear is more than willing to describe screen elements and discuss performances. It's a technical track while retaining a broad of history and production accomplishment. Dear is a no-nonsense guy, and that brusque personality comes in handy, keeping a steady pace of illumination for fans of the film.

"Behind the Plate" (13:00) is a standard making-of effort, keeping positive as Dear and producer Michael Gallant describe the story and their creative intentions, while the rest of the featurette pumps in endless film clips to help sell the movie.

"Soundbites" (25:36) are EPK tidbits with the cast and crew, who explore their interpretation of the material and their experiences on the set.

"When You See Forever" (4:32) is a music montage (presented in English and Spanish) of film clips. 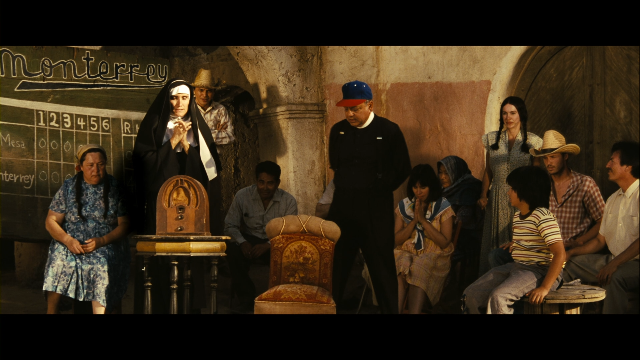 "The Perfect Game" isn't something I would wholeheartedly recommend to the greater populace, but I understand that it'll please a great number of viewers. It sustains a gentle spirit and tells a terrific tale of sporting accomplishment that still stands to this day. It's unforgivably clunky at times, but as a whole the picture is innocuous enough to give family audiences a decent underhand pitch of approachable hopes and dreams. 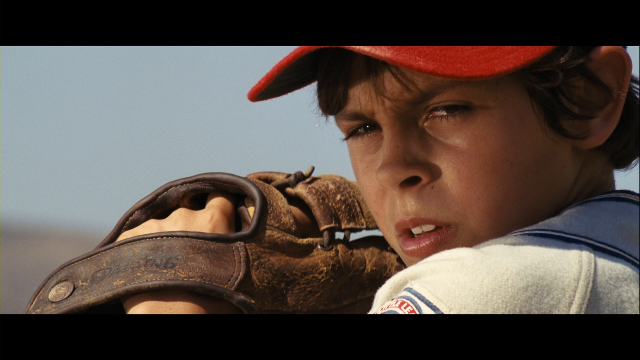