A more accurate title for "Peep World" would be "Famous People Flailing." Here's a wholly unpleasant dramedy, generally uneven and reckless, from director Barry Blaustein, who was last seen helming 2005's "The Ringer." You remember, the Johnny Knoxville comedy about the Special Olympics? Well, the filmmaker's sense of humor hasn't improved much in the intervening years, with his latest effort an unfinished, unlikable take on familial depression and friction.

The Meyerwitz Family has always been a powder keg of neuroses; however, when the youngest member of the clan, Nathan (Ben Schwartz), writes a best-selling tell-all book about his time inside this domestic prison, all hope for polite discourse is officially shut down. On the day of their father Henry's (Ron Rifkin) birthday party, siblings Cheri (Sarah Silverman), Joel (Rainn Wilson), and Jack (Michael C. Hall) experience their own personal emotional breakdowns, fueled by Nathan's successful book. Gathering for a tempestuous meal at a fancy restaurant, the brood stews in the discomfort, finally taking a chance to declare war on one another. 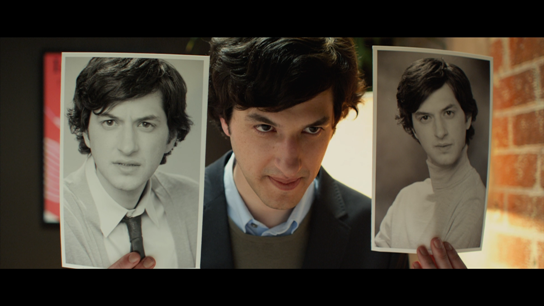 Scripted by Peter Himmelstein, "Peep World" is more of a snapshot of dysfunction than a thorough and satisfying excavation of hurt. There's plenty to survey in this whirlwind of antagonism and concern, but the filmmakers only skim the surface, assembling a wildly erratic motion picture with interests swirling casually around pools of comedy and drama. It's a mess, and not one that's saved by the gifted cast.

Because there's no real effort to explore the characters, their troubles are reduced to sitcom developments, some handed unexpected gravity. There's only 77 minutes to rummage through everyone's troubles, creating an episodic impression, causally addressing fears the script seems mildly interested in pursuing further. 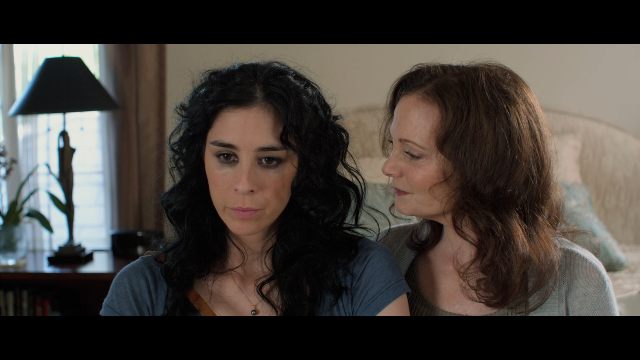 "Peep World" ends up erratic, losing concentration by insisting on a broad sense of humor. A substantial chunk of the film is devoted to Nathan and his premature ejaculation troubles, forcing the newly famous man to endure a mysterious penile injection, thus creating an erection that won't subside for hours to come. Of course, with a day of personal appearances and the family dinner ahead of him, this development creates extraordinary humiliation. To go from Nathan's hard-on hilarity to Jack and the crumbling of his career on the eve of his introduction to parenthood, or demoralized Cheri, who's preparing a lawsuit again her brother, creates overwhelmingly unfunny chaos. The filmmakers can't quite decide if they're making a cartoon here, and that fumbling indecision spoils the integrity of the displayed emotions.

Again, this is a superior cast simply handed unfortunate material. It's actually a real treat to see Silverman branch out a bit, stepping into a dark role of self-loathing, with Cheri growling at everything around her. It's a nice change of pace for the ace comedian. Hall also scores with a few moments of fracture as Jack arrives to the end of his architect years, a prestige career meant to impress his judgmental father. 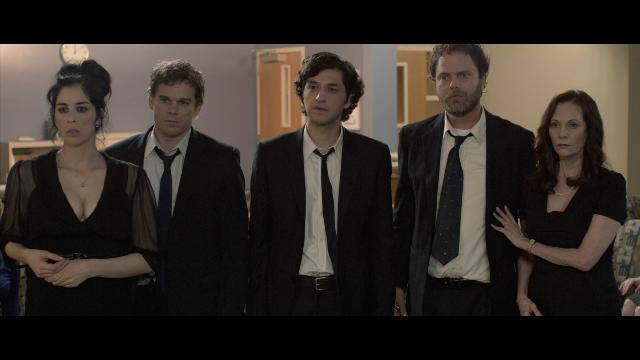 The AVC encoded image presentation (2.35:1 aspect ratio) is satisfactory, with a bold read of colors emerging from costuming and outdoor interactions. Clarity is pleasing, permitting a moderate read of thespian nuance, while set design particulars are served well. Shadow detail is a little soft with hairstyles, but stays alert during dimly lit interiors. Skintones are natural.

The 5.1 DTS-HD sound mix is fresh and inviting, with special concentration on the verbal interactions. The track successfully processes overlapping dialogue, creating a circular feel for group encounters, crisply communicating the turbulent emotions. Scoring is light but well blended into the mix, delivering a poppy vibe that carries the lighter moments well. Low-end is nonexistent, while atmospherics are mild, best during indoor events at restaurants and offices. A 2.0 PCM track is also included. 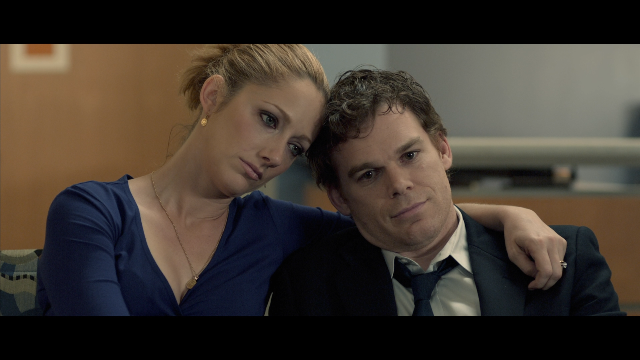 "Deleted Scenes" (4:45) follows Cheri as she infiltrates the set of the "Peep World" movie adaptation, and provides a few additional beats of confession between Joel and his girlfriend (played by Taraji P. Henson). 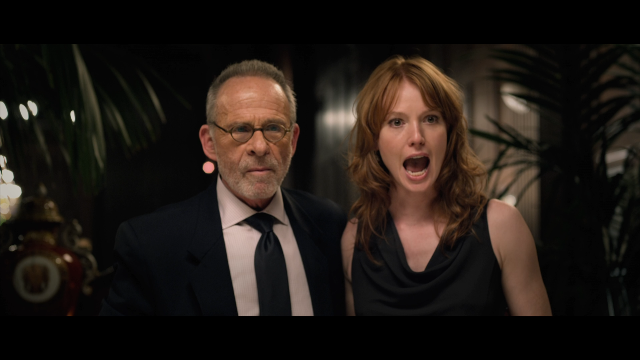 "Peep World" climaxes with the tense dinner party, where pleasantries survive about 30 seconds before everyone at the table erupts into hysterics. It's a cacophony of secrets and lies that might've been better served by some actual character development during the hour that precedes it. Instead, the shrill, pointless climax concerns these vague outlines of discontent struggling to express themselves. It's meaningless argumentative behavior. It makes one miss the boner jokes. 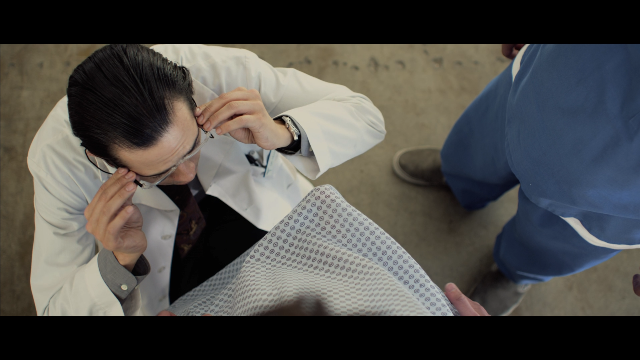