When I first saw the Yankeeography series of episodes a couple of years ago, I was less than underwhelmed, and thought the series could have used a bit more depth. Apparently I was heard in this regard, because this new set, titled Yankeeography Collector's Edition Megaset, is all that and the proverbial bag of chips.

The New York Yankees are not only at the pinnacle of baseball success, but with 27 World Series Championships, they are among the leaders in North American pro sports when it comes to championships. Through the Yankees' broadcast channel YES (short for Yankees Entertainment and Sports) and in coordination with Major League Baseball's video department, the Yankeeography programs are a series of hour-long installments the feature a prominent player, manager or (in George Steinbrenner's case) manager that has helped contribute to Yankee lore and further extend the franchise's success. The series focuses on interviews with the player, his family and those who play (or played) with him as a Yankee, but in the cases where the player is no longer around to speak for him, interviews with surviving teammates or even modern-day peers who show their respect for an accomplishment is included. For instance, one of the episodes focuses on Roger Maris, and Maris' widow, children and then-San Francisco Giants slugger Barry Bonds appear as interviewees. Granted, Bonds' inclusion in the show is a little distasteful in light of steroid accusations and allegations, but the thought to include him was an admirable one. 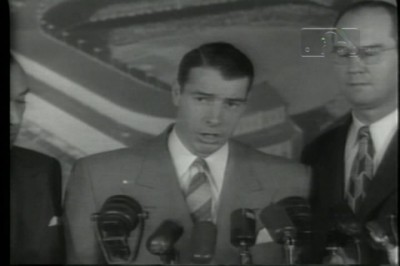 The interview subjects collected in this set is massive, and the episodes aired periodically from the 2002 to the 2009 seasons. The list reads like a veritable Hall of Fame on its own, with Babe Ruth, Lou Gehrig, Joe DiMaggio, Reggie Jackson, Thurman Munson and Mickey Mantle among the historical legends given attention. Mixed in with the legends are more modern Yankee fixtures such as Derek Jeter, Bernie Williams, Mariano Rivera. However, the series goes deeper than that, with popular players who contributed in the own ways for the club through various eras. Don Mattingly and Dave Winfield, core Yankees from the mid-1980s are given their due, and other perhaps lesser-recognized players are even given their propers in the set, such as 1970s pitcher Sparky Lyle and 2000-era hurler Mike Mussina are the centers of their own installments. Along with Steinbrenner, Casey Stengel and Joe Torre are also presented in the series. 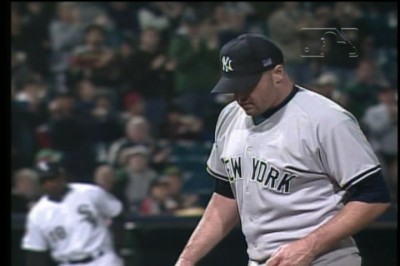 As to the series itself, the episodes aren't bad. When I saw the Captains' Collection I was a little disappointed as to its topical nature, but these installments feel a little deeper and wider-ranging, and I'd assume the broadcast-length 42 minutes has something to do with it. Things such as Mantle's drinking and carousing are touched upon, along with the feuds between Jackson and manager Billy Martin. Along with that, the episodes do not just focus on a player's time with the Yankees. If he played with another team, that time is discussed and interviews with beat writers from that team are included. A good example of this is Mussina, where ample footage of his playing with the Baltimore Orioles is shown, and interviews with former teammates of him at this former team are displayed.

Overall, while the first Yankeeography installment might have disappointed me, this material even before you dive into it seems like a marked difference from the earlier versions. Even with a non-Yankee fan like myself, the sheer volume of material touched upon here from beginning to end is impressive, and certainly worth diving into for fans of the team or of baseball in general.


All of the episodes are presented in full frame video, with some non-anamorphic film sprinkled in occasionally. Really guys? With a set like this and you're doing full frame? Well, the game footage is reproduced as accurately and clearly as can be, with any artifacts or noise issues inherent in the material. Interviews look fine and the colors throughout are decent. It is worth noting that because they were involved with the making of this series, the Major League Baseball watermark is present in the upper right hand corner almost entirely through the feature. A distraction, particularly with this disappointing aspect ratio.


Two-channel Dolby Stereo for all of the content. Honestly, I wasn't surprised by this choice, the sound is in the front of the soundstage through the production, and everything sounds as clear as it can be. There is no hissing or mosquito noise during the shows and things are consistent without much adjustment by the user. It's straightforward and as expected sonically.


Breaking down the set itself, it comes in a sturdy cardboard box with the Yankee logo and pinstripes on the front of the box. Inside the box is an equally sturdy book which not only houses the 16 discs, but the 32 pages inside the book include pictures of various Yankee highlights and player photos, along with pictures of various team memorabilia such as bats and championship rings. Without a doubt, it's a hefty set. In addition, when you total up the subjects from the show (37 in total), the features themselves run a total just shy of 26(!) hours. Each of the episodes includes bonus interview footage that varies in length from 15 to 20 minutes to almost an hour. Aside from the players, there is a feature on the first disc that covers the magic of Yankee stadium. On the last two discs, there are retrospectives on the 1996 and 1998 World Series-winning seasons and other compelling moments from the team, such as Games 4 & 5 of the 2001 World Series and various No-Hitters and Perfect games that Yankee pitchers have thrown. Altogether, the summary line of 16 discs and 44 hours of content is staggering, and the packing helps tie the room together for this set. 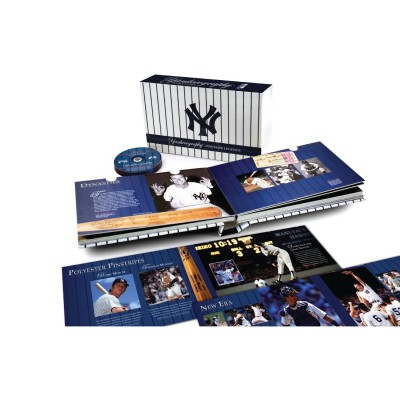 
The Yankeeography Collector's Edition Megaset lives up to its title in two different areas. With almost two days of material that could be played consistently, combined with a package heavy enough that it could serve as a substitute for hitting fungoes, this is a must-own for any Yankee fan. For an outsider the content can seem a bit repetitive, but putting it aside, this is a worthwhile addition to a sports fan's library.