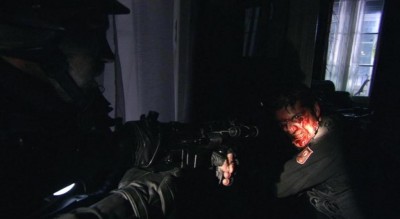 2007's "Rec" was a marvel of a horror film, portraying piercing POV scares with an unreal strain of screen anxiety, shaping a monumental genre exercise in sheer cinematic terror. Of course, it was quickly dumbed down into an excretal American remake titled "Quarantine," but directors Paco Plaza and Jaume Balaguero weren't content to let the story die there. "Rec 2" shouldn't logically work, but the raw creativity of the filmmakers lights up the screen, reworking the premise of handheld horror into a fierce, raging mix of "Aliens" and "The Exorcist."

A mysterious virus continues to plague a Spanish apartment building, with television reporter Angela (Manuela Velasco), the last woman alive, lost to the demon onslaught. Now entering the building are a team of special forces soldiers and a representative from the Ministry of Health, Dr. Owen, (Jonathan Mellor), on the hunt for the living and for a special vial of blood that could provide an antidote to the growing plague of monsters. When the virus is revealed to be biblical in nature, the stakes are raised, as Dr. Owen controls any possible escape for the crew. Refusing to leave until the proper blood is retrieved, Dr. Owen leads the group into hell, facing a community of the possessed who would like nothing more than to feast upon the living. 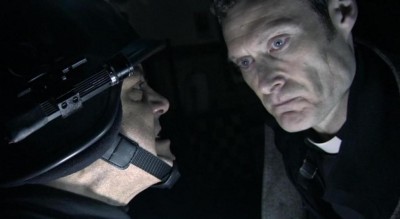 "Rec 2" demonstrates what a little imagination can do to a horror sequel. Instead of assuming an entirely monotone rehash route, Plaza and Balaguero have tightened the noose for the follow-up, designing a refreshed take on their screeching haunted house environment. The first film utilized a common news camera to capture the havoc of the outbreak, watching as a group of innocents encountered a vicious threat within the suffocating confines of a quarantined apartment building. "Rec 2" returns to the scene of the crime, only here we're reentering the nightmare in the company of gung-ho, heavily armed soldiers, with cameras strapped to their helmets to supplement Dr. Owen's orders that "everything must be recorded." It's a brawny James Cameron approach to a second chapter, pumping in the bravado and apprehension, cleverly playing off the fact that we, the viewers, know exactly what's in store for these poor bastards.

The sequel follows the basic structure of the original film, following the team as they carefully inch forward inside the dark building, occasionally interrupted by one of the bloodthirsty damned. The element of surprise is retained due to the ingenuity of the filmmakers, who find new ways to freak out their audience, with special attention paid to the sheer nightmarish rush of gurgling demons charging toward the camera. "Rec 2" is as spooky as the original film, features the same organic sloshing of shaky-cam, and powers the plot through heavy religious overtones, revealing that guns may get the job done clearing away the demons, but a good crucifix and some rosary beads will keep the hellhounds in their place. Without spoiling the ingredients of the franchise to force a second impression, the filmmakers subtly reinforce the chills with a few fresh directions.

One of these surprises comes mid-movie, with "Rec 2" changing the perspective from the grunts to a group of troublemaking teens, who've found their way into the building on the hunt for fun. The kids torpedo the pace of the picture to a mild degree, but their intrusion on the action is necessary to position the film for a knockout punch of a third-act twist, tying the sequel to the original film in a wildly clever manner. 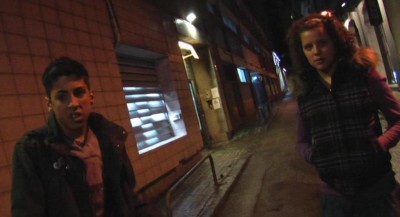 The anamorphic widescreen (1.85:1 aspect ratio) has to contend with some funky cinematographic choices, yet the merging of video sources is quite appealing, with minimal digital hiccups. The bloodshed retains a superb display of color, with pronounced reds and caution yellows, while skintones remain in a human, panicked state. Black levels are supportive, holding detail through some difficult low-light scenarios.

The 5.1 Dolby Digital sound mix is quite a kick, creating a directional listening event that encourages shock without much shrillness or overt distortion. Voices are heavy with distress, though a little light in the mix, providing a satisfactory cacophony without a profound feeling of chaos. Zombie attacks are handed some low-end heft, while atmospherics are compelling, great with crowd scenes and circular attacks. 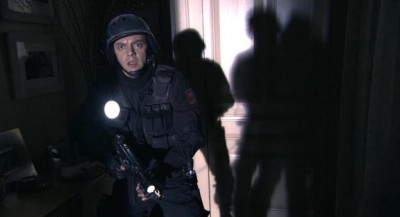 "Deleted and Extended Scenes" (6:49) supply additional time with the younger characters as they play pranks and speculate on the quarantine, investigate soldier anxiety, and provide a moment of munching from one of the infected.

"Behind the Scenes" (53:28) survey the creation of three sequences, breaking down the filmmaker effort, using interviews with key cast and crew members to appreciate the process of planning and execution. The fly-on-the-wall experience is always valuable, with the featurettes carefully walking through the minutiae of moviemaking, absorbing every creative decision. There is some incredible footage here.

"A Walkthrough of the Set" (8:51) returns to the claustrophobic madness of the apartment building, with art director Gemma Fauria taking a camera crew around the construction, pointing out details and establishing geography.

"On Tour" (8:40) displays the tension and globetrotting whirlwind of the "Rec 2" production team as they travel to the Venice and Stiges Film Festivals, and to a preview screening in France. 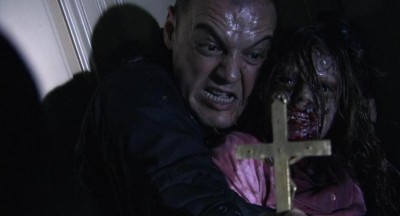 "Rec 2" is pure dynamite, stampeding around in a grandly ghoulish form that sustains the established suspense while staging a few novel tricks of its own. The ending promises another round of "Rec" and roll, which would be a troubling, tiring development had Plaza and Balaguero not delivered such an extraordinary, spine-tingling second round.