"The Last Godfather" is "The Godfather" after eating a bucket of paint chips and huffing a can of gasoline. A slapstick send-up of mafia movies from the man who gave the world "Dragon Wars," the picture is an unfunny, spectacularly tedious collection of dreadful ideas meant to pass as a wild good time. Instead of laughs, the feature will have viewers scrambling for the eject button and reconsidering the competency of the Korean film industry.

Don Carini (Harvey Keitel) is ready to step down as head of his criminal empire, passing over trusted enforcers such as Tony (Michael Rispoli) and Macho (John Pinette) to hand the reins to his Korean son, Younggu (Hyung-rae Shim), a mentally impaired man abandoned long ago. A bumbling idiot, Younggu is educated in the ways of criminal life, making a mess wherever he goes. Piquing the interest of Nancy (Jocelin Donahue), Younggu finds a romantic connection, only to learn she's the daughter of a rival mob boss (Joe Polito). Also causing trouble is Vinnie (Jason Mewes), a thug looking to end street tensions by assuming control of the city. 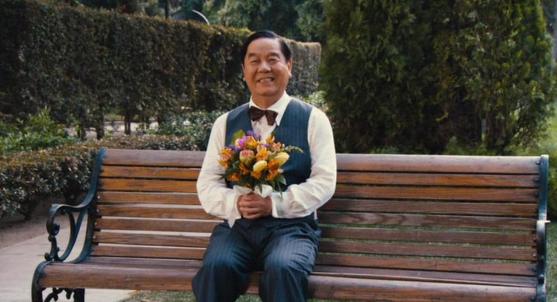 Hyung-rae Shim has been a fixture of Korean cinema for over 20 years now, suggesting he might have a firm grasp on good and bad ideas. "The Last Godfather" proves that theory wrong. Setting out to make his own Jerry Lewis comedy, the writer/director/star unleashes a torrent of odious tomfoolery here, practically challenging his audience with this test of endurance, arranging an endless parade of sluggish pratfalls. If the jokes aren't derivative of comic masters, they're infused with a modern flatness sold by actors who appear to be left to their own devices, only fed direction during sequences that require particularly madcap choreography.

Younggu is a moron, with greasy hair and high pants, finding himself in charge of vicious men looking to keep a tight criminal grip on the city (primarily backlots with CG expansion). "The Last Godfather" basically concerns the dimwit's daily life as a newly made man, watching him attempt to eat spaghetti, work with guns, and dress himself in appropriate goombah gear. Every single scene in this taxing picture is an invitation for slapstick, tracking the steps of chaos as Younggu endeavors to complete his tasks. Although he's a veteran, Hyung-rae Shim isn't a skilled comic, bolting around the picture with creaky timing and broken English (keep that subtitle track handy), madly looking to amaze with all sorts of physical fumbles and bug-eyed reactions. "The Last Godfather" aims to please but it's a total disaster -- a miscalculation on every conceivable level of execution. Even gentle ideas, where we find Younggu inventing the beehive hairdo, miniskirts, and the Big Mac, are glazed with a weariness that's punishment. 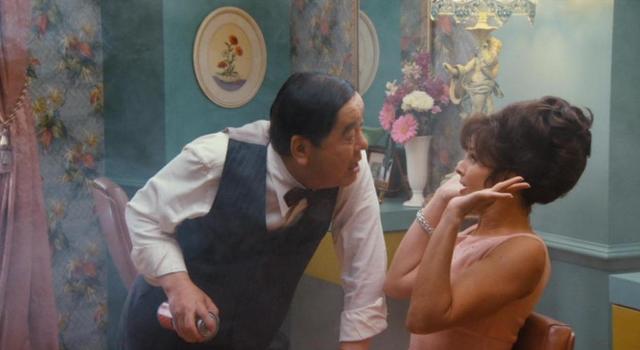 And don't count on that supporting cast to help out the lead. Mewes doesn't even make the effort to assume a period look, while Keitel is mentally spending his paycheck in every scene. The ensemble is gathered here to somehow legitimize the premise of the movie, accentuating the stereotypes. Instead, there's just embarrassment written all over their faces. 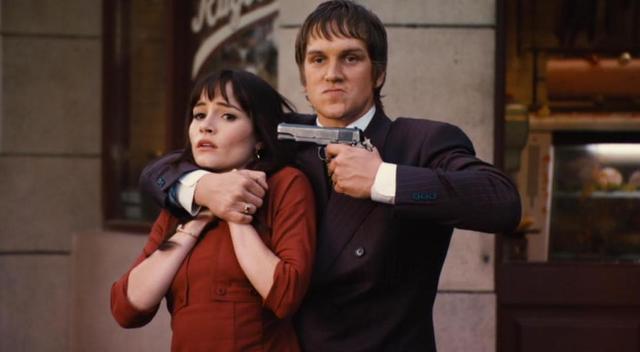 The anamorphic widescreen (1.85:1 aspect ratio) presentation is marked by bouts of EE, but contains the colorful cinematography satisfactorily. Skintones run hot, but never out of control, while black levels are stable for the most part. The periods particulars are bright and clean, creating an appreciation for the technical intention of the film.

The 5.1 Dolby Digital sound mix is a basic arrangement of verbal interactions, holding frontal to reinforce crude delivery and intensity. Slapstick encounters and exchanges of gunfire feel out the surrounds faintly, with a lack of low-end keeping the comedic energy shrill and muted. Scoring is chirpy and slightly buried. 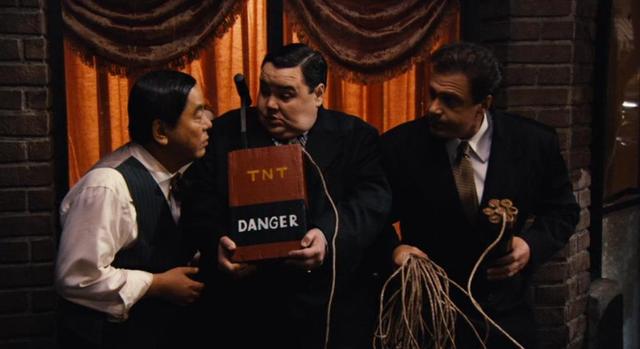 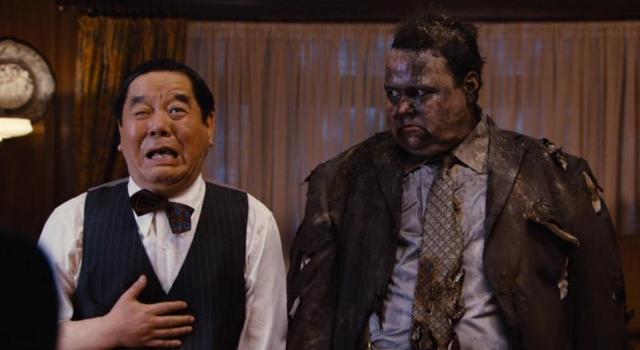 "The Last Godfather" eventually works its way through bumbling cops, fart jokes (but of course), and a lame mob war scenario. I'd be shocked if viewers make it all the way to the end of this 100-minute-long disaster. If they do, there's no reward. Perhaps just a shared hope that a movie from Hyung-rae Shim never finds American distribution again. 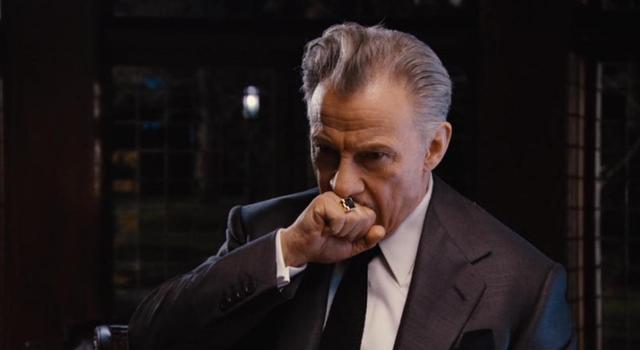