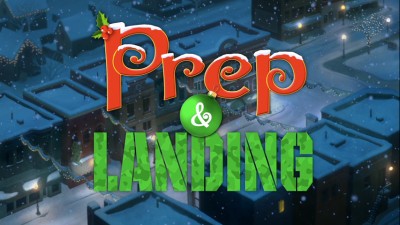 Prep & Landing is a delightfully charming Christmas special produced by Disney in 2009. The story offers a unique take on one of the most important jobs held by an elf employed through good ol' Santa Clause.  There is a necessary position of handling the preparation and landing efforts so that Santa can successfully come down the chimney, eat some of those scrumptious looking chocolate chip cookies, and deliver presents to good children (around the world) in time for Christmas morning.

One of the employees holding the position is the elf named Wayne (Dave Foley). Wayne is expecting a promotion to get him out of the job he has held for such a significant length of time. Surely, the big boss will recognize his worthy talent and effort with a big promotion? Wrong. Santa doesn't promote Wayne. Instead he receives instructions to train a new elf named Lanny (Derek Richardson). Lanny is the new kid on the block and Santa expects a good series of training sessions for the new up-and-coming recruit.

Wayne doesn't like the news... at all. Wayne reacts very poorly to it and begins to lose sight of the great importance in being a part of the prep and landing team. It takes the unfolding of an intense Christmas night for him to experience and rediscover the magical importance of what it is he does for a living and to understand why Santa relies on him so heavily for the Christmas success necessary in order to bring happiness to all. 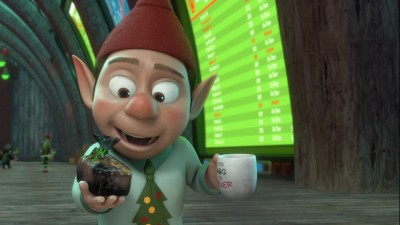 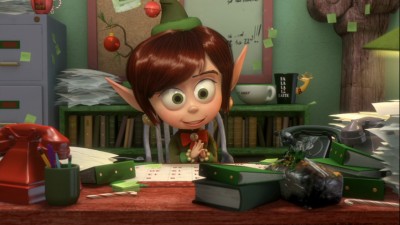 The direction by Kevin Deters and Stevie Wermers is fast-paced excitement and features enough energy and pizzazz to make one wonder whether or not a feature-length movie might have been possible given the creativity of the story by Chris Williams. The script (crafted by the directors) is excellent but altogether brief. It absolutely leaves a strong impression that makes one want more Prep & Landing stories to experience.

The music by Michael Giacchino is excellent and once again proves why he is one of the most demand-worthy composers in the industry at the moment. His score delivers us a fantastic sense of an action-suspense driven holiday film that is distinctive and original, while the heart of the music slowly blends into the themes and captures the magic held within the Christmas special.

John Lasseter, the "king" head honcho at Pixar Studios, is unsurprisingly a producer of the short, and he continues a seemingly constant winning-streak of delivering to families some ridiculously incredible works of art that satisfy as wholly entertaining and winningly artistic.

Prep & Landing may end a tad too quickly with only 22 total minutes to tie together every element of the story and characters introduced. It does seem as though the idea of it all would have been worthy of a feature length effort. Many viewers will be left with a hope that more stories will be told of this magical crew of prep and landing experts. A sequel special has been produced for the 2011 holiday season and should hopefully help fulfill some of that purpose. No matter what though: this introductory special is a pure delight and surely one of the best animated Christmas efforts of the past several years. 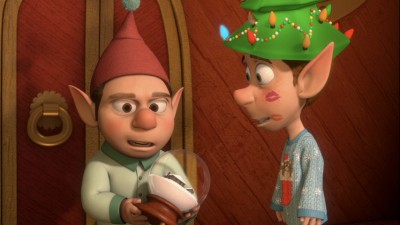 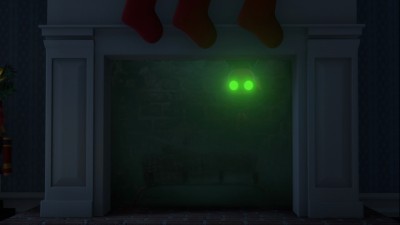 Prep & Landing clearly followed the same basic idea of the prep and landing crew from the special itself: the DVD was clearly prepared with a goal of having a good release containing solid video that preserves the broadcast aspect ratio of 1.78:1 with anamorphic widescreen enhancement and with colors that seem to pop with sublime vibrancy. The transfer is quite the technical achievement. While a DVD/Blu-ray combo release would have been wonderful, this is undeniably the best one can hope to see for the special on the DVD format. Fans will be more than satisfied.

The audio presentation is equally impressive to the visual qualities. Disney has done a solid job by including 5.1 surround sound for the English language presentation. French 5.1 and Spanish 2.0 are also included. Subtitles are provided in English (for the deaf and hard of hearing), Spanish, and French. The dialogue is clean, clear, and the surround effects are effective and help to bring out the great music score by Giacchino. 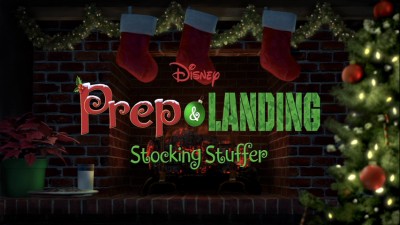 The extras are slim in count but worthwhile in quality. The main bonus is two additional "stocking stuffer" prep and landing short cartoons. The first, Operation Secret Santa, is decent in length (though still significantly shorter than the main special), and it was an immensely fun and comical piece with a lot of great joyful spirit. The second short was significantly shorter, Tiny's Big Adventure, but it is laugh out loud funny and well made.

The other extras included are a few Kringle Academy Elf Training Videos and North Pole News and North Pole Commercials.  These were less enjoyable but decently made. Each piece demonstrates some amusing stylized videos reminiscent of older videos of similar concept and design (only without the holiday spin). These aren't essential viewing, but would make a neat side-trip for those interested. 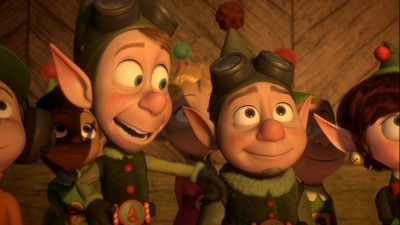 Prep & Landing was one of my personal favorites as far as recent holiday Christmas specials go. It seems obvious that the creative team responsible for making the special had a lot of fun putting everything together and the heart of Christmas is very much present here. The only drawback might be that it seems like such an excellent concept that one almost can't help but wonder what it would have looked like as a feature length effort. Otherwise, there aren't any complaints. This is a gem of Christmas animation and the Disney release is nice. Don't miss it if you enjoy some Christmas fun and have family or friends to share this with.