Personally, I harbor no romantic feelings for the 1981 Dudley Moore sleeper smash, "Arthur." Distractingly clunky, the feature is best appreciated as a film of its time, when a mainstream comedy could be built around the antics of monstrous alcoholic and still be regarded as adorable. It's strange to be confronted with a remake of such beloved material, which still holds to a clownish boozehound mentality to acquire laughs, though much of the overt foam has been shaved away out of respect for the disease. Then again, Moore made "Arthur 2: On the Rocks," so perhaps the character isn't as precious as I recall. Remake away, boys.

A spoiled playboy basking in the luxury of his family's incredible wealth, Arthur (Russell Brand) has lived a life of comfort under the supervision of his loyal nanny, Hobson (Helen Mirren), reveling in women, toys, and endless amounts of booze. When his destructive antics threaten the future of the family's business affairs, Arthur is encouraged to marry powerhouse Susan (Jennifer Garner), a savvy, controlling force of nature ready to rectify critical financial matters. Expectedly, Arthur wants nothing to do with the toxic union, turning his attention to Naomi (Greta Gerwig), a dewy NYC tour guide who offers the scamp a grounded sense of minimum-wage reality. With the clock counting down to his wedding day, Arthur is stuck between the woman his loves and a woman who will secure his monetary future, leaving alcohol and Hobson as his only true friends during his time of need. 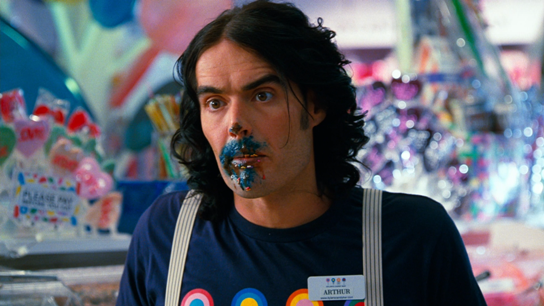 "Arthur" marks the directorial debut for television helmer Jason Winer, and frankly, it looks like the work of a man who's never commanded his own feature film before. Displaying unbridled performances, crummy editing, and lousy placement of scoring cues, "Arthur" is an unexpectedly amateurish remake, spending more time basking in the glow of its star than dealing with filmmaking basics. It's an uneven movie, struggling to correct the mistakes of the original picture. In fact, the feature goes out of its way to make all new errors, primarily centered on Brand's abrasive performance at the titular rascal.

Don't get me wrong, I like Brand's...er, brand of wicked comedy. He's a quick draw mischief-maker with a boundless brain, showcasing scene-stealing chops in films such as "Forgetting Sarah Marshall" and "Get Him to the Greek." "Arthur" gifts Brand a leading role right up his formerly hedonistic alley, taking over for Moore as the perplexed man-child with a drinking problem, faced with too much free time (he has a penchant for movie cars, such as the Batmobile or the "Back to the Future" DeLorean) and too many women. Brand's eager to please, but his take on Arthur is extremely aggressive, rendering the character obnoxious and borderline unlikable, lacking Moore's innate sensitivity, charging ahead as an entitled brat who doesn't grasp the bigger picture of maturity. It's difficult to believe in Arthur, to root for his well-being after enduring 100 minutes of tepidly scripted buffoonery and shrill improvisation. Arthur doesn't need love, he needs a ball gag. 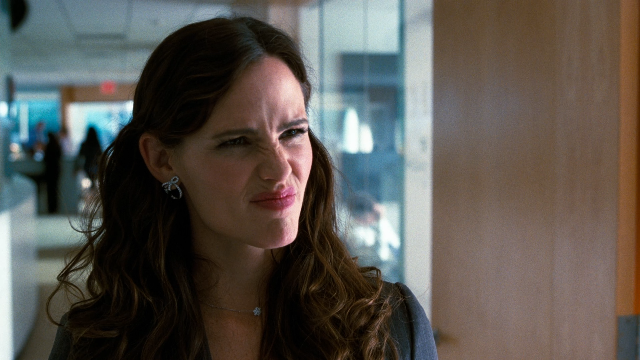 Helping Brand out considerably is Mirren, who brings a lovely authority and sly wit to the role that gave Sir John Gielgud some late inning fame. A firm match for Brand, "Arthur" awakens when Mirren takes center stage, introducing some needed vulnerability and skill into an often claustrophobic picture. Also fun is Garner as ice queen Susan, a role that offers the actress something different to play, nailing the ball-busting sense of control that comes to terrify Arthur.

Less impressive is Gerwig, who reduces Naomi from Arthur's bright, besieged equal to a dim-witted sycophant of sorts, unable to generate any sparks with the lead actor. There's no fairy tale union between the characters, leaving their path of love awkwardly forced upon the audience. The original film had Liza Minnelli stomping around, matching Moore with her natural screen poise and brassy personality. Gerwig plays Naomi like a plate of gelatin, leaving no discernable trace of appeal, at least to an admitted whoremonger like Arthur. He falls in love because the script demands it, not due to a plausible connection between the pair. 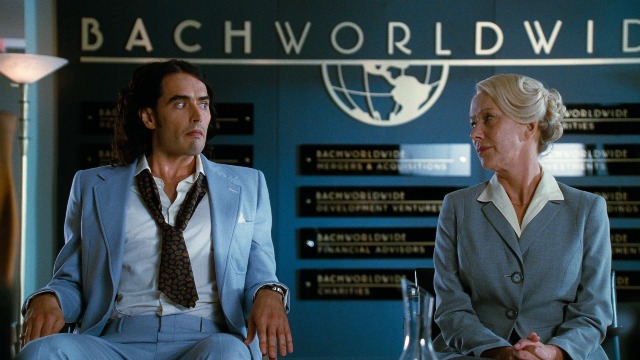 If you've seen "Arthur" you've already seen "Arthur," as the remake traces basically the same plot, with Naomi's role shoved aside to stick tighter on Arthur and Hobson. The lack of surprise is a disappointment, but that's coming from someone who's viewed the 1981 picture. Those fresh to the formula might be more tolerant of the movie's manipulations. 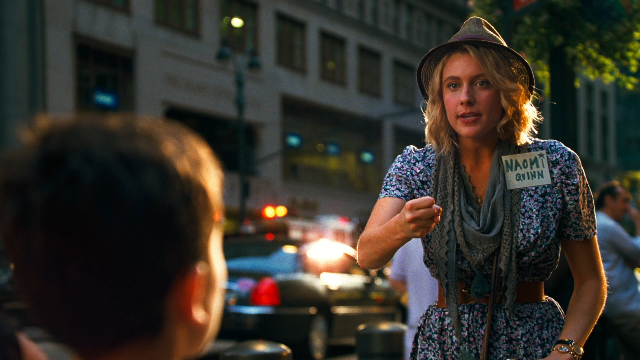 The AVC encoded image (1.78:1 aspect ratio) presentation looks a little overcooked, with the fresh appearance of the film hampered some by crushing issues, which pull detail out of hairstyles and costuming, also diluting low-light encounters. Colors are bold and clean, giving off tremendous energy during exterior adventures. Skintones appear natural. While a bright, cheery motion picture, the BD viewing event appears too eager to please, attempting to wow with basic elements, while sacrificing needed textures.

The 5.1 DTS-HD sound mix carries the comedy carefully, with a pleasing frontal push of voices that sound hearty and crisply separated. Atmospherics open up the dimension of the track some, with city life directional and varied, while office and home interiors supply a gentle echo to reinforce expanse. Scoring is supportive, holding back until called upon. Soundtrack selections retain a bit more power. Slapstick antics bring about a moderate low-end response, adding some satisfactory thump and rumble to the comedic encounters. French, Spanish, and Portuguese tracks are also included. 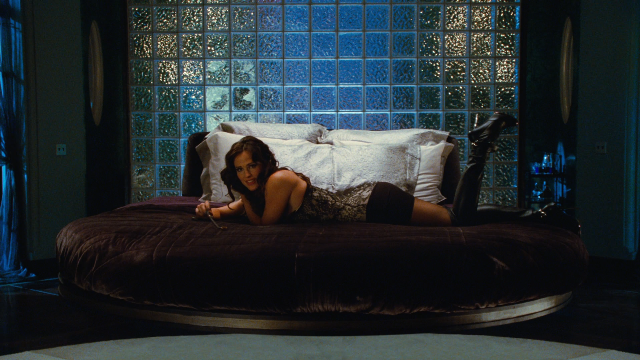 "Arthur Unsupervised!" (11:17) is a bizarre collection of outtakes, BTS footage, and cast and crew interviews. While it seems to supply the requisite promotional push, the featurette is more interested in covering on-set antics. Fans of Brand's lightning riff skills should enjoy.

"Additional Footage" (10:21) corrals a bit more time with Arthur's drinking and personal interaction skills, following the character as he applies for a job, visits a construction site, and walks Naomi home. Additional moments between Arthur and Hobson are also included.

"Gag Reel" (1:22) is a short, slick run of mix-em-ups, focusing on the cheery give and take between Mirren and Brand. 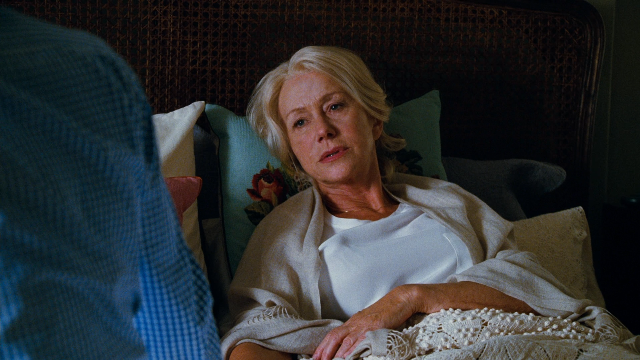 The bad news is that "Arthur" is a needless redo that mistakes vociferous behavior for screen enchantment. The good news is that, if the need should arise, there's a crummy sequel to be remade as well, which I'm sure would encounter few objections. 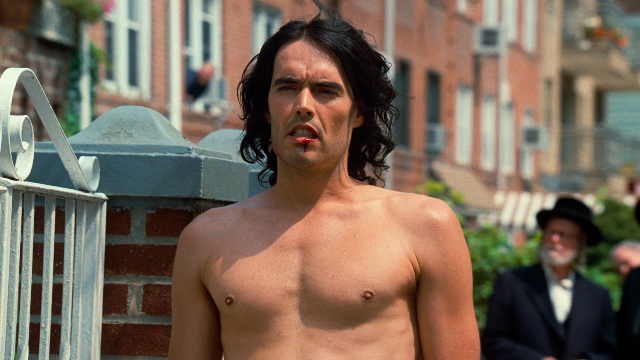