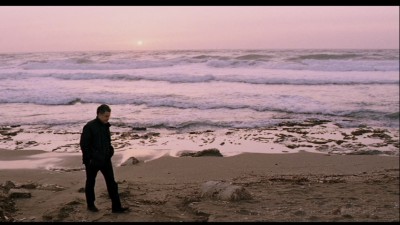 It is a risky proposition, a free-associative, half-documentary/half-staged, part-autobiographical and part-historical montage film on the seemingly endless Middle East conflicts involving the state of Israel and its neighbors; this is a serious, already very tangled topic that one would not want to risk trivializing or further obfuscating by interposing one's doodling formal experimentation between the subject matter and the audience. But that is just what French-Israeli filmmaker Amos Gitai attempts in Carmel, a hybrid that he clearly intends to meaningfully encompass several generations of his family's history in Israel and as expatriates, the endless cycle of war in that highly contested region, and the tensions of identity and loyalty felt by those with personal and familial attachments to it, which cannot be fully separated from the perpetual violence. Unfortunately, Gitai's admirable ambition succumbs all too readily to the aforementioned pitfalls, and what we are left with is a mound of interestingly, sometimes beautifully realized segments that, in their unreconciled disparity and scattered, unfocused preoccupations, add up to very little. 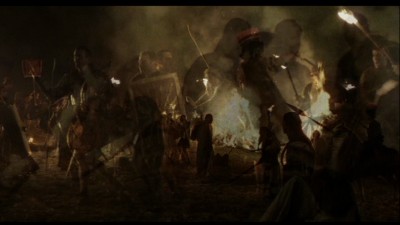 The film fades in and out on these disconnected moments: A text written by a witness to the horrendously violent clash between the Romans and the Jews in 66 A.D. is read in the soundtrack (in French by Jeanne Moreau, in English by Samuel Fuller) as Gitai's small-scale re-enactment of the battle plays out onscreen; letters between Gitai as a child and his far-flung grandmothers dissolve the geographical distances between them; a group of present-day Israeli soldiers (among whom is Gitai's own son) tries to dwell on their real, un-warlike concerns in life even as they prepare yet again for combat; and an oddly heightened encounter between Gitai, who has stopped for gas while out tracking down his son in the field, and the petrol station's apparently Palestinian owner, in which the two men have difficulty communicating and end by just talking to themselves. The film ends on an extended slideshow of photos documenting Gitai's childhood, with an inexplicable rock-music soundtrack (is it meant to be ironic...? The film's overuse of music often falters in this ill-fitting way), bringing it back around to its real subject--the director and his own life--which seems, on the evidence of Carmel, not entirely worth making a whole movie about, at least not one for public display. 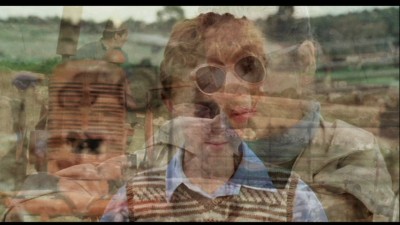 Gitai himself too frequently and intrusively appears in the film, either as a supposedly surreptitious observer to the cinematically re-created past or just as a central presence (Carmel's opening shots of him wandering pensively on the beach struck me as both aesthetically and, in this context, morally tacky), and this is perhaps indicative of where the film has really gone wrong. If Carmel was conceived as a meditation, contemplation, or lament over the inevitable devastation and compromise wreaked on individual lives by violent geopolitical rivalries, its execution is for the most part mired in the exclusively private, solipsistic point of view of Gitai--his own memories and impressions, which remain firmly closed to us. While one appreciates the extensive creative efforts--with digital effects, superimpositions, and some very nicely done cinematography and fluidly camera movements--of Gitai and his collaborators, the film's sometimes beautiful and interesting segments remain isolated from one another like so much debris, Gitai apparently having lost interest (if he ever had any) in attempting any structure whatsoever and opting instead to create a personal scrapbook whose architecture can only be discerned by its author. (Giving your multipartite, collage-like film some structure can work wonders; see Godard's Notre Musique, which treats a similar topic and has a somewhat similar aesthetic approach, for the lovely, affecting evidence.) This not only makes for a dull viewing experience, but also seems to (inadvertently, I'm certain) disrespect the gravity of the very real problems brought up by the film of Jewish and Palestinian identities, histories, and struggles, misusing them for what seems only, at least to those of us not inside Gitai's head, to be a lazy, self-indulgent navel-gaze. 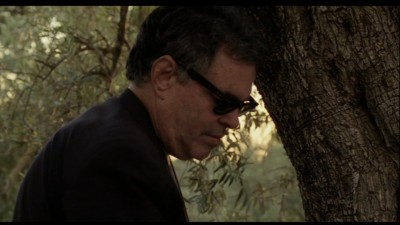 
Carmel is, if nothing else, quite a nice-looking film, and its transfer here--in an anamorphic widescreen aspect ratio of 1.85:1--keeps Stefano Falivene's vibrant, boldly colored cinematography completely viable and fresh, unsullied by any compression artifacts or any other glitches or flaws.


The disc's Dolby Digital 2.0 soundtrack is very well-done; the film's often multi-tracked sound (with different characters/narrators sometimes speaking over each other in several languages) comes through fully and very well-balanced throughout, with no distortion or uneven sound levels.


None save for a handful of trailers for other Kino Lorber releases of films by Gitai.


A vague, self-involved approach to a problem (the always-discouraging, violent, irresolvable tensions in the Middle East) that deserves and demands to be probed with more clarity and discipline, Amos Gitai's Carmel is the kind of "personal" film that gives the concept a bad name. Some of its individual components are beautifully executed and even hint at a sensibility with some potential for more commitment and focus; but this mixed bag contains only loose, jumbled fragments of visual and aural poetry that are never used to create anything like the cinematic poem Gitai probably meant for the film to be, but that instead play out leadenly, like an unpublishable autobiography or long-lost journal whose wandering, idle entries could only hold any significant meaning to the one who made them. Rent It.