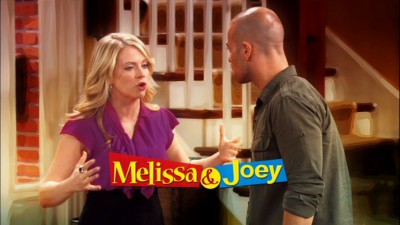 Melissa & Joey is the successful ABC Family television series starring Melissa Joan Hart (Sabrina, The Teenage Witch) and Joey Lawrence (Blossom). The series has received a renewal for a second season (Hooray)! The Season 1, Part 2 DVD release contains the second half of the first season with a batch of 18 half-hour episodes.

Melissa is a politician (the youngest to serve her community) and Joey is her nanny (Joey actually insists that he's "freelance"). The sitcom focuses on this unlikely pairing and two kids named Lennox (Taylor Spreitler) and Ryder (Nick Robinson), whom Melissa agreed to raise after their parents were involved in financial woes (actually an understatement) that affected Joey (and thus coincidentally led to his employment). The sitcom pairs these four characters together as a type of bizarre modern family.

The storylines develop further in the second half of season one and are easily compelling in their own way. There is definitely less emphasis on the random short-lived relationships for Melissa or Joey during these episodes and an actual multi-episode arc begins with episode "Young Love" that pairs Melissa with a youngish guy named George Jr. (Scott Michael Foster) and that continues for several episodes. Joey must still learn to deal with the aftermath of his ex-relationship with Tiffany (Megan Hilty). These scenarios certainly provide plenty of humorous moments and help expand the series horizon a bit more. 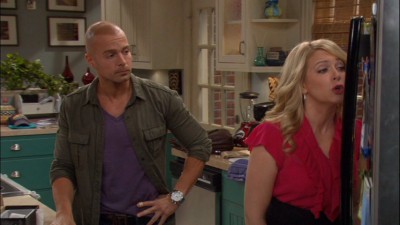 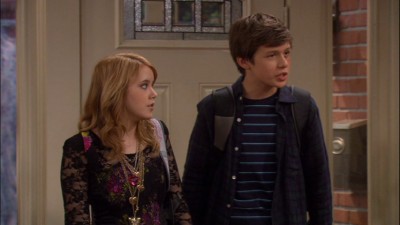 Lennox and Ryder also seem to receive more screen-time during the second half of the first season with more emphasis on developing these characters. In "Toledo's Next Top Model" a fashion-expert convinces Lennox to begin a modeling career. Lennox must learn to decide if that is the future she wants or really needs. In one episode, Ryder makes a short film about the risk of texting while driving that proves to be quite hilarious with Joey Lawrence even in a state of John Travolta Grease-dom.  Both characters begin their own relationships and are shown as becoming closer as brother-sister as well; it is a nice improvement for the series.

The main reason the series seems to work so well is the comedic performances from the entire cast. The characters are all extremely likeable and the actors portraying them are equally compelling. Melissa Joan Hart and Joey Lawrence typically propel the entire series with excellent chemistry that makes the whole thing so much easier to enjoy and at times more intelligent and charming than one might otherwise imagine from a sitcom. Stephanie (Lucy DeVito) also makes a great addition to the cast by adding another element of humor and charm. John Ratzenberger (the always humorous Pixar voice-actor) also makes a fun guest appearance in the episode A House Divided.

The writing is truly excellent for a sitcom series and it far exceeds expectations on a regular basis with so many different types of jokes and scenarios that seem to have been created to go beyond the ordinary. The series is so often laugh-out-loud funny and even when a joke is not that hilarious the charm is so fresh and so clearly a result of the writing as well as acting on the series. Solid direction helps to round out the strong foundations of an excellent show. Melissa & Joey may surprise audiences by being one of the year's absolute best TV sitcoms. 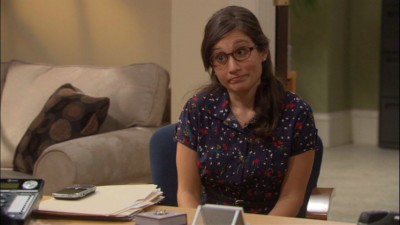 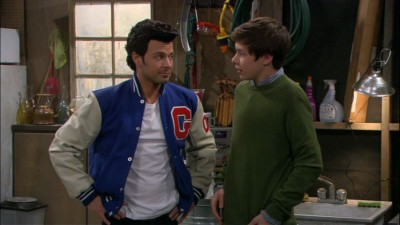 Melissa & Joey is presented in the original broadcast aspect ratio of 1.78:1 with anamorphic widescreen enhancement. The series has natural bright colors that are the norm for sitcom series. The show has a clean presentation with good contrast, sharpness, and overall detail. The image is rarely soft or with image imperfections.  This is a pleasing image presentation.

The audio quality is crisp and clear with easy to understand dialogue. There are two sound options included on this release: 5.1 surround sound or 2.0 Dolby Digital. Either option will work splendidly for the sitcom series. The surround sound option is appreciated, although it isn't necessarily going to make a dramatic impact as sound effects are kept to a minimum. The occasional sound effects and the music score should still provide surround sound fans something extra to enjoy.

Melissa & Joey: Season 1, Part 2 presents the episodes in production order rather than the air-date order. The main reason this was probably done was because of the growth of hair by actor Joey Lawrence.

There aren't any special features on this release. 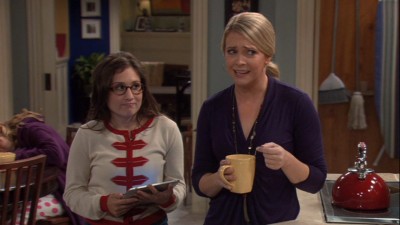 Melissa & Joey is an immensely entertaining show and it has a great emphasis on family that is well appreciated. This series is well made, well acted, and well worth one's time. Highly Recommended.