A young boy tired of his domestic duties, Milo (performed by Seth Green, voiced by Seth Dusky) has grown to resent his mother (Joan Cusack). When Martians bent on finding human mothers to help raise their newborns come to Earth and kidnap his parent, Milo is accidentally whisked away on the ship, taken to a subterranean alien kingdom where he meets Gribble (Dan Fogler), a daffy Earthling who found himself in the same predicament in the 1980s. Eager to save his mother before the matriarchal Martian society steals her parental knowledge, Milo sets out to infiltrate this strange world, using Gribble's technical knowhow and help from Ki (Elisabeth Harnois), a sympathetic Martian who's learned broken English via a colorful 1970's sitcom. 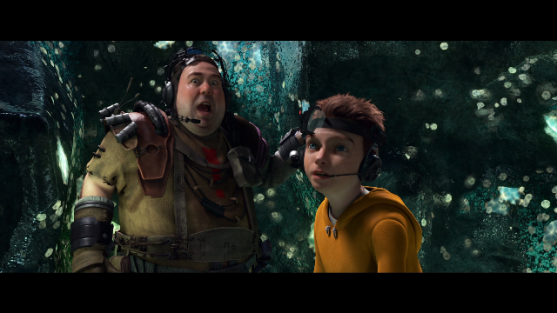 "Mars Needs Moms" is the latest production from ImageMovers Digital, the mo-cap animation squad (led by Robert Zemeckis) behind such films as "The Polar Express" and "A Christmas Carol." Adapting the 2007 book by comic strip icon Berkeley Breathed, the producers bring a fresh fantasy world to life, staging a large-scale comic adventure with swooping camera moves, towering vistas, and enormous character reactions.

Director Simon Wells (2002's "The Time Machine," "Prince of Egypt") exploits the detailed animation splendidly, deploying performance movement thoughtfully, while arranging a merry visual scheme that finds Ki (a disgruntled Martian soldier) spreading color around the steely Martian landscape, creating a look that deploys bold hues carefully for a more substantial impact. The design of the alien nation is also quite compelling, with the Martians boasting big eyes and wide hips, resembling an upside down tuning fork with hooves, supporting both imposing and endearing facial qualities. Technically speaking, I was consistently delighted by the picture and its graceful movement (the mo-cap aesthetic provides a unique dance to the animation), watching it joyfully erect its version of Mars and the playful community of oddballs within. 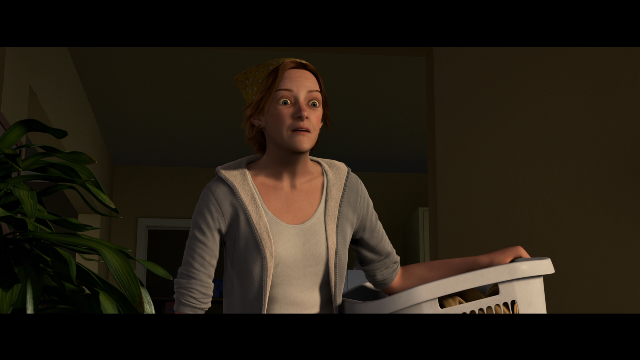 While "Mars Needs Moms" is a feast for the eyes, it's a little rough on the ears, working from a script that contains a "Who Let the Dogs Out?" reference and generally prods Fogler to screech his way around the frame. There are dark shadings to the Martian parental kidnapping plan that are most welcome, and a few tender beats of personal loss are felt, but the jokes are moronic, with most gags playing up Gribble's lost childhood -- the doughy man-boy is trapped in the 1980s, dreaming of "Top Gun" and the comfort of Smurf-Berry Crunch cereal. The cast is skilled enough to sell the wonder and suspense of the moment, with Fogler being the obvious cancer. He delivers a strident performance of adolescent excitement, shaping Gribble into a breathless monster with extreme mucus issues, destroying the engaging sense of discovery the film builds wonderfully. Gribble instantly annoys, which might've been the intention, but I could think of several other actors who could nail those same notes of destructive excitement with some sense of boundary while displaying effortless comedic skills. 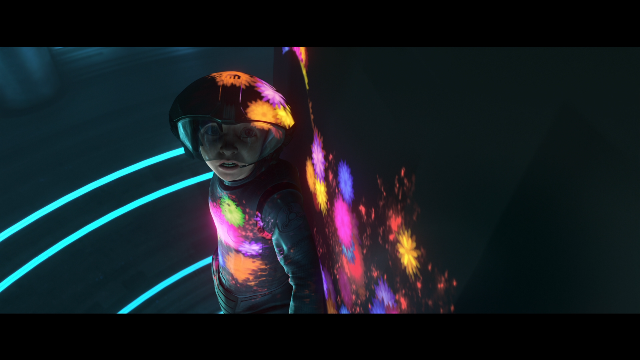 The AVC encoded image (2.40:1 aspect ratio) presentation is bursting with colors, highlighting a bold range of hues that create a dynamic viewing event. The clarity here is stunning, displaying Martian antics with incredible detail, permitting viewers to study and enjoy the layers of animation and alien landscapes. Shadow detail is marvelous, preserving the textures of the image. With all types of glowing environments, strange body types, and intensive reactions, "Mars Needs Moms" is a perfect match for HD, generating a visually stunning experience.

The 7.1 DTS-HD sound mix provides the ideal listening experience for such a rambunctious motion picture. The track offers a cleanly defined center for verbal exchanges, leaving some circular room for large gatherings and echoed environments. Martian and English languages are crisp and weighty. Directionals are wonderful, capturing all sorts of machinery and alien life, while exteriors carry a feel for planetary movement that supports the fantasy. Low-end is rumbly and alert. Scoring is big but carefully positioned, never intruding on the dialogue. Sonic nuances are important on the BD, superbly arranged on the mix. DVS, French, Spanish, and Portuguese tracks are also included. 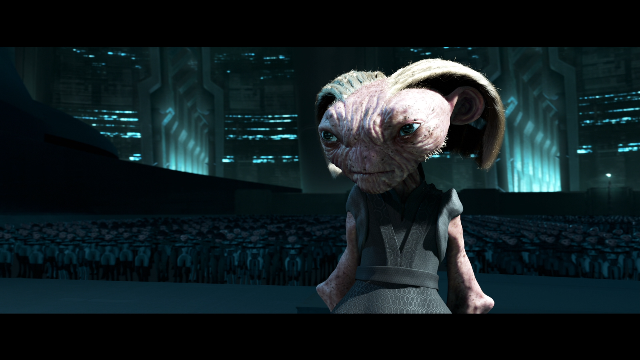 "Life on Mars: The Full Motion-Capture Experience" continues a tradition of ultimate BTS reveal, permitting viewers to watch "Mars Needs Moms" in its original form with live actors scurrying around the "Volume" set, emoting like there's no tomorrow while crew members contribute the necessary environments. It's enthralling and highly educational, detailing most of the thespian effort (it seems Joan Cusack declined to be shown "in the moment") and the animation direction, supplying a rich understanding on how this film was constructed (the Volume track also presents Seth Green's original voice work). It's an unbeatable BD supplement, but to add to the fun, commentary from director Simon Wells, and actors Dan Fogler and Seth Green is provided. Clearly recorded before the film's disastrous theatrical debut (talk of future Disneyland rides based on the film is particularly painful to hear), the gang is in fine spirits, joking and giggling as they break down the mo-cap performance demands. Green is actually a bit of a savior, always there to offer valuable anecdotes and technical insight while Fogler and Wells trail off into shtick. It's a remarkable addition to the BD.

"Fun with Seth" (2:28) displays the on-set shenanigans, with cast and crew taking time to crack wise in the midst of all the technological demands.

"Martian 101" (2:51) inspects the creation and implementation of the complex alien language, soon handed off to the cast for a personal touch.

"Deleted Scenes" (28:31) provides numerous unfinished scenes concerning the playful relationship between Milo and his mother, darker interaction between Milo and Gribble, an alternate opening, and a basic streamlining of heroism. They can be viewed with or without introductions from director Simon Wells. 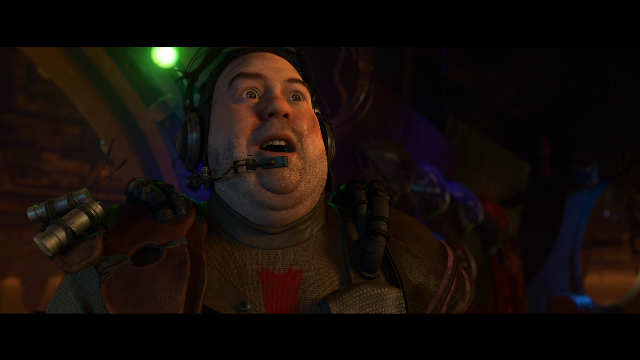 It's a bumpy ride for "Mars Needs Moms," but the effort is appreciable, often thrilling when Milo is flung and dropped around the Martian city. A final summation of parental appreciation is also a splendid touch, helping to wash away the less savory elements of the production. Energetic and inspired (sans Fogler), the picture concludes on a high note, providing the intergalactic goods with spirit, only one critical miscasting away from true satisfaction. 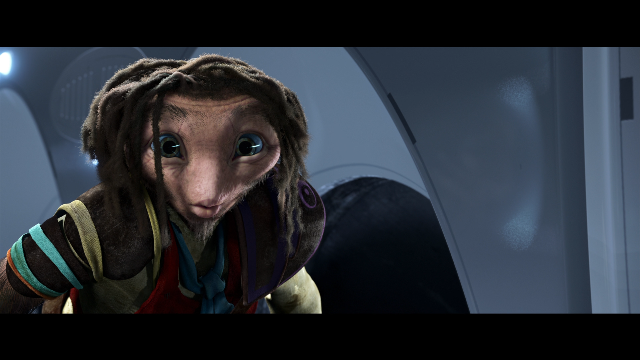