"Stake Land" is ambitious, but only vaguely successful as a bleak horror concoction. Spare, mournful, and often inert, this vampire-flavored take on "The Road" is more admirable than fulfilling, expelling more effort with atmosphere than story, wasting time with stares when legitimate tension is desperately needed.

A vampire plague has ravaged America, leaving desolation and terrified survivors behind, who do their best to sustain the social order they once knew. Martin (Connor Paolo) is an orphan picked up by Mister (Nick Damici, who co-wrote the script), a seasoned hunter who looks to train his charge in the ways of vampire slaughter. Crossing the land in search of a mysterious "New Eden," Martin and Mister encounter a few weary souls along the way, including a nun (Kelly McGillis) and a pregnant woman (Danielle Harris), creating emotional bonds tested by this new world order. On their trail is Jebedia (Michael Cerveris), a fundamentalist militia leader who looks to preserve the vampire way in the name of God. 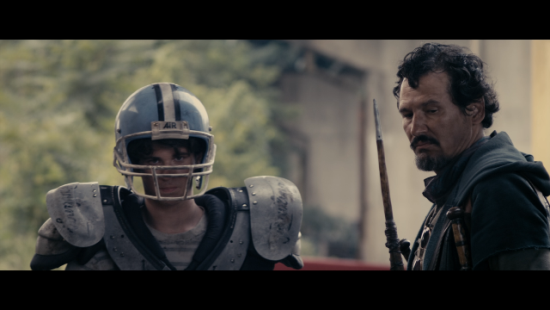 There's little doubt that director/co-writer Jim Mickle is a talented filmmaker with a fantastic career ahead of him. "Stake Land" is his second motion picture and reveals a tremendous command of mood, displaying a post-apocalyptic vampire world of abandoned towns and empty interstates, following Mister and Martin as they road trip across the derelict country, interacting with whatever life is still available. "Stake Land" is a vivid production of purposeful cinematography, sound design, and grungy costuming, accomplishing much with very little in the budget department. It's not an expansive feature, yet manages to create an evocative sense of doom in very few moves, employing mournful scoring from Jeff Grace to set a dire tone of death and isolation.

What's missing from "Stake Land" is a sense of pace. Mickle fumbles this lumbering trail of threat, getting lost in the static details of the world, failing to establish the lead characters as anything more than clichés, with Mister a crusty Miyagi figure to Martin, an allegedly young man who everyone treats like a helpless 12-year-old despite Paolo looking like he's fresh out of grad school. As the two commence an episodic adventure through a vamped-out nation, Mickle keeps his distance, using quizzical narration from Martin as a way to crack these hardened exteriors. With Jebedia positioned as an antagonist, there seems to a sense of heroism and survival in the script that never translates to the screen, making glacial moments with the monster hunters repetitive and remote. Supporting characters are developed with equal disinterest, employed more to crudely motivate Mister and Martin than widen the story's scope and flavor the film. 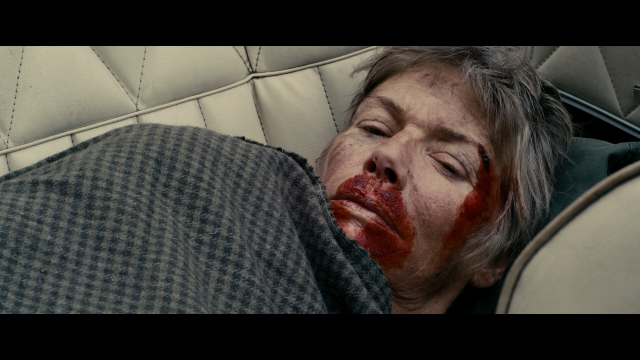 The AVC encoded image (2.35:1 aspect ratio) presentation sufficiently sustains the gloomy look of the film, respecting the nuances of the detailed color timing. The gray and brown hues that make up the visual palette are pronounced, with flashes of bolder colors creating their intended effect of dwindling life. Clarity is satisfactory, with a solid read of facial textures and gore zone details. The image looks clean and crisp. Shadow detail is soft at times, leaving more dimly lit encounters muddy.

The 5.1 DTS-HD sound mix maintains the moodiness of the picture, with a healthy investment in ambient noise emerging from the surrounds, keeping the rural locations creepily undisturbed. Dialogue exchanges are direct and frontal, properly separated and emphasized when needed. Violent acts bring out a comfortable intensity, though the low-end lacks a little heft. The mix doesn't quite contain the circular quality it requires, but the basics are tended to quite nicely. A PCM 2.0 track is also included. 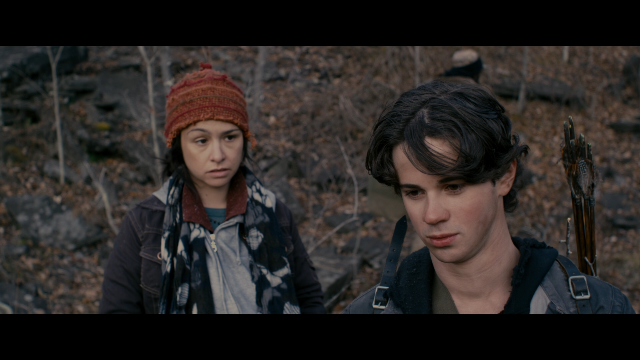 Commentary #1 features director Jim Mickle, actors Nick Damici and Connor Paolo, and producers Larry Fessenden and Brent Kunkle. This is a causal track seemingly moderated by Fessenden, who goes around the room pulling anecdotes out of the participants. The chat is interesting but very dry, with development talk more appealing than any scene-specific dissection.

"Going for the Throat" (61:55) is the official making-of documentary for "Stake Land," hilariously kicking off with a driving, crunchy metal song to stir up the viewing event, despite exploring a film that prefers to take a few naps. Despite the needless wake up call, the BTS journey is incredible, electing a fly-on-the-wall approach to covering the production experience, observing the crew in motion as they assemble the picture with little money and time. Nothing here is insincere or flagrantly promotional, just pure moviemaking exertion from committed artists.

"Production Video Diaries" (48:58) furthers the "Stake Land" production experience, returning to the origin of the filmmaking deal, supplying a substantial look at camera tests, casting, and rehearsals. Peeks at storyboards, visual effects, scoring, and a post-screening Q&A are supplied as well.

"Character Prequels" (34:25) offer backstory for the main players, arranging a series of short features that pad out the personalities while inching deeper into the "Stake Land" world. 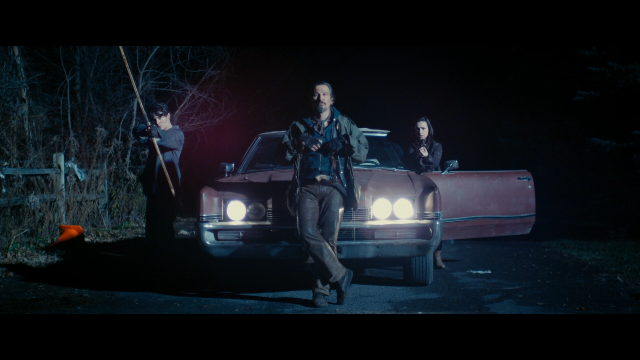 A rippling feel of consequence is absent throughout "Stake Land," making the viewing experience more about appreciating technical accomplishments than grabbing hold of a vigorous reinvention of vampire aesthetics. It's suitably grim and gory (the make-up effects are phenomenal), but there's no feeling of emotional investment, giving this car ride to doomsday a severe "are we there yet?" impatience. 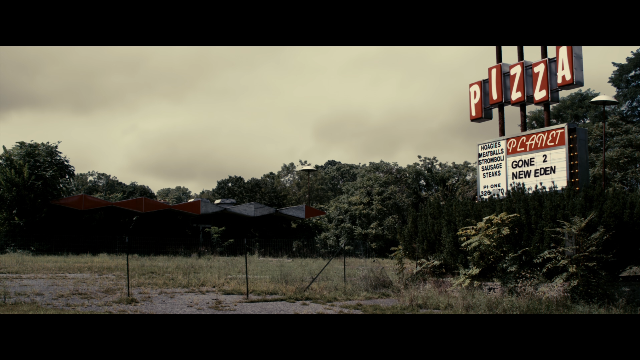