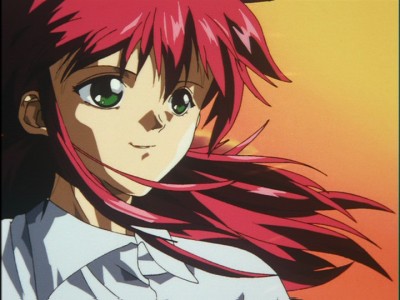 It is finally here... The final season of Yu Yu Hakusho has arrived on Blu-ray. The wait is over for the conclusion to one of the most influential and important anime classics of all time. Fans that have already seen the entire series will no doubt have a blast revisiting every moment of the grand final season while newcomers will be surprised by amazing twists and turns that await them in season four.

Yusuke Urameshi was in an unquestionably challenging situation at the end of the previous season. Yusuke had to face down a once missing spirit detective who had disappeared and turned in to something resembling the opposite of the goals and ambitions of his team of heroes. The third season concluded with a battle against the past Spirit Detective ongoing and the fate of the human world at stake. Yusuke, Kuwabara, Hiei, Koenma, Botan, and Kurama had to continue working together to try and figure out a way to stop the portal between the human and demon world from opening and unleashing upper-level demons with energy levels that would pose a great risk to the safety of everyone on the planet.

Season four concludes the storyline involving the previous Spirit Detective and begins to unfold another storyline involving a surprising development for Yusuke Urameshi, who is apparently a descendant of... a demon king. Yusuke has unusual qualities combining both demon and spirit energies.  It is not surprising then that Yusuke decides he must learn a great deal more about himself and his place in the world. After a brief moment of reprieve with Keiko and his friends he sets out towards demon world with determination to uncover the truth behind his heritage, abilities, and inner self. 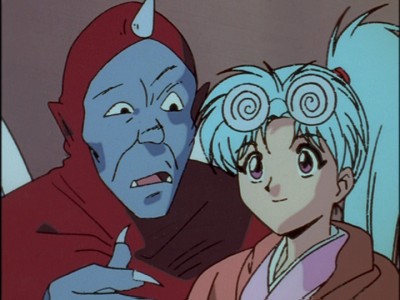 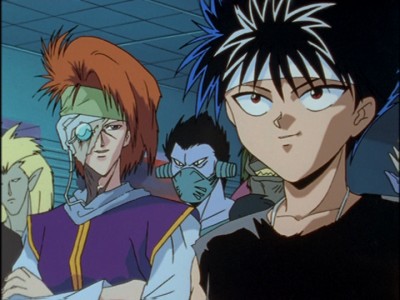 Joining the trip to demon world are Hiei and Koenma. The long journey ends up becoming one of self discovery and reflection for each character as they face challenges that are so crucial to unlocking the territories of their hearts and minds. Along this new quest of sorts there is a new tournament that determines who the new Demon World king will be. Luckily, the tournament only lasts a few episodes (which in nothing in comparison to the long 2nd season of the on-going-and-seemingly-never-ending tournament of Yu Yu Hakuso's past). Each of the central characters and supporting characters eventually receives more than enough screen-time and presence to reach a meaningful point of storytelling resolution.

This set contains many of the best moments throughout the entire Yu Yu Hakusho series. While there are inevitably some filler episodes that decrease some of the excitement and enjoyment found in viewing the show there are many more captivating and edge-of-the-seat moments. The last five episodes in particular: Farewell, Kurama,  Love and War,  A Reason to Fight, Closure, and To The Future are of the highest quality the show has ever seen. Fans won't feel let down by the way the series resolves and will be surprised by the huge magnitude of soul in the closing moments. This has always been a series that cared about the characters more than the battles and the resolution proves that quite nicely by delivering a satisfactory and well-crafted tale of redemption, renewal, self growth and of deeper understandings in the final batch of episodes.

Take a walk into the sunset with one of the finest anime series ever: it has a huge heart, great characters, strong action sequences, beautiful animation, superb score music, and some of the best direction around. It was a long and bittersweet journey to reach Yu Yu Hakusho's destination but it was worth every second. 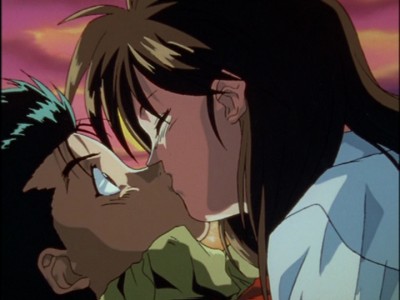 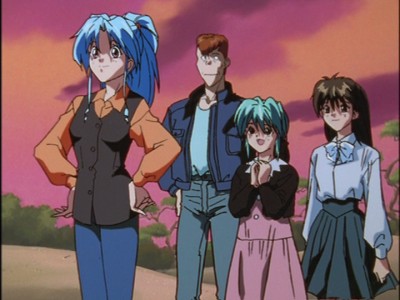 Yu Yu Hakusho: Season 4 has been released on Blu-ray with an impeccably gorgeous AVC encoded High Definition image that uses the same restored frame-by-frame masters used on the Japanese editions previously released on the Blu-ray format. Color saturation is the biggest improvement and the series looks remarkable for a show of its age. This traditional style anime is stunning in High Definition (most of the time). There are random moments which are softer than one would expect or hope for but it is difficult to determine if it's due to the source or these encodings. These moments are rare and shouldn't detract from the overall experience. Yu Yu Hakusho looks remarkably clean, sharp, and impressive for the bulk of the presentation. A few moments of minor dirt on the prints or some random soft shots do not dramatically alter the high quality presentation or the experience. This is the best Yu Yu Hakusho has ever looked.

The artwork on this release indicates that the release is Region A/B compatible, which means that overseas fans should be able to import and enjoy the series in High Definition as well.

The images featured in this review are from the Season Four DVD release and do not represent the High Definition Season Four Blu-ray picture quality.

There are two worthwhile audio options for Yu Yu Hakusho: Season 4 on Blu-ray: Japanese 2.0 and English 5.1 (both in Dolby TrueHD). The English dub is amongst the best produced for any anime series with stellar voice-acting for each character. The original Japanese dub is impressive but many fans will want to experience the wonderfully done English version. Either option provides an impressive aural experience, although the 5.1 sound-mix is the better of the two choices with better dynamics and separation. The sound field isn't better than modern anime productions but it's satisfying for a classic series that is making a leap to HD resolution audio.

Subtitles are provided in English for those who choose to watch with the Japanese dub.

This release contains a plethora of bonus materials. The previous season sets did not contain much in the way of additional supplemental materials so it appears as though Funimation is attempting to alleviate some of that unfortunate drawback by adding a surprisingly high-volume amount here. Some of the material has been taken from the previously released individual volumes (back when the company only put out episodes through installment-style releases containing three or four episodes per grouping). The latest and final Blu-ray season of Yu Yu Hakusho also contains a handful of new extras.

The Trading Card Game Revisited extra is somewhat peculiar. It is essentially a 30 minute long video of a game session between Justin Cook and a fellow game player. He discusses "dusting off the cards" and revisiting the card game. It appeared as though the card game hadn't been played in a while and it was sometimes a bit hard to follow what was going on. The video is supposed to help introduce the game to new players but it simply left a sense of confusion. I can't proclaim to be a big fan of card games associated with TV series so I can't seriously endorse the supplemental extra as anything particularly enticing for those who are less familiar with the already established trading card game.

The commentary tracks are worth checking out for fans of the English voice cast. The main cast members (i.e. Yusuke, Kuwabara, Hiei, and Koenma) have been represented with the voice actors who portrayed them throughout the English language dubbing. Episode 112 is particularly enticing as the commentary offers some adequate reflections on Yu Yu Hakusho and the process of it being licensed, dubbed, and brought to a new US audience. There are some interesting and thoughtful words shared by Justin Cook (he voiced Yusuke in the dub and was a major player in the show being developed and released stateside).

The commentaries are a bit varied in approach and aim so it is best for fans to select any of these supplements that sound interesting and to give them a whirl to see if they might work for any particular fan. The included outtakes are voice-over only (with non-synched video of random Yu Yu Hakusho clips) and aren't going to be of much interest - alas, these moments weren't that funny for viewers at home. One can imagine the cast enjoying the blooper area but it doesn't quite translate as well as hoped.

The set also contains the usual assortment of trailers for other Funimation releases and the clean opening & ending credit sequences relevant to the episodes contained in the season. 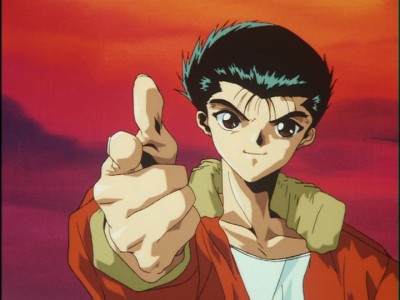 Yu Yu Hakusho's final season contains some of the best episodes in the entire series. While there is a definite feeling of sadness to see such a wonderful series come to an end it was also satisfying to realize that it reached an acceptable conclusion that adequately resolves most of the elements fans would want to see concluded. In the end, it was the characters that made the show such a wonderful journey to take and the destination is a bright light following a long path frequently deterred by despair and only salvaged by hope. The final episodes prove surprisingly philosophical and contemplative while remaining in the action packed style fans have come to know and love. These Blu-ray upgrades continue to be worthwhile in Video and Audio aspects and the inclusion of bonus features is surprising. Fans will undoubtedly want to collect all four season sets of Yu Yu Hakusho on Blu-ray. There has been no finer re-release of a classic anime series in 2011.  An essential set.