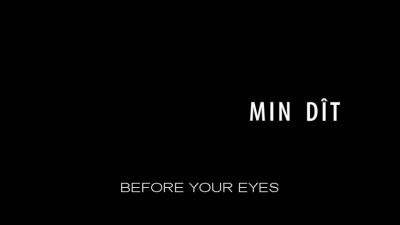 Gulistan (Senay Orak) and brother Firat (Muhammed Al) experience the loss of both of their loving parents (as does their own baby sibling, whom they must now learn to take care of) as both parents are murdered - in front of them - for their political activism. Before Your Eyes is a tragic story of loss and survival.

Imagine losing your family in an instant. It is a devastating, horrifying, and unthinkable prospect. The sort of thing that lies in the realm of nightmares, real and unreal, but so disturbing to even think of.

Ordinary life disappears in an instant for the children and instead of happiness there is an internal breeding of grief, solemnity, and sadness (and the pain is so often left unspoken). The children attempt to pay rent by selling off some of the family belongings. It isn't long however before these children have sold everything and there is nothing left.

The children end up living on the streets in Diyarbakir and struggle to earn enough money to buy food to even survive. In one devastating scene the younger brother Firat is sent to purchase medicine needed for the baby child and is turned away because of being short a small, incremental amount. All hope seems dashed. Gulistan is only ten years old and she doesn't know what to do to help them to survive their circumstances. No child should ever have to feel a burden as harsh as this but that is exactly the situation Gulistan winds up in.

Some small amount of hope arrives when the children meet an escort named Dilara, who gives them money to place her ads on car windshields. This helps them to get by, even if barely, and Dilara seems to grow particularly attached to Gulistan (who she describes as being her sister at one point in the story). The sisterly relationship is a beautiful element found within a story that is layered with suffering. 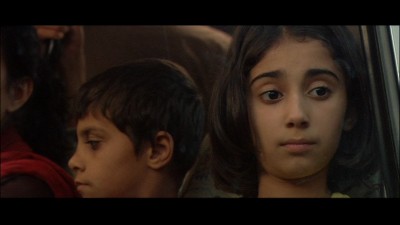 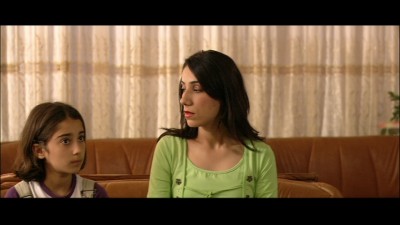 Before Your Eyes is a fictional story but one that deals with issues occurring in Turkey now. Many children are becoming orphaned in Turkey because widespread murder of anyone in the country who becomes involved with political activism is common. The tension that is between Turks and Kurds has led to countless deaths and children have been horrifically affected by this more than anyone else.

What would happen if these children were to once again meet the person who had murdered their parents? Before Your Eyes poses and answers this question. It isn't necessarily an answer that is going to provide solace for the losses of these children. Somehow, though... it provides their unheard voices and the unheard voices of all of Diyarbakir's orphaned children from the political murders that tore families apart and destroyed countless lives.

Filmmaking is rarely as intent on making an impact on a current situation. It is shocking to realize how much suffering has been caused by political activism in Turkey and how it has negatively affected so many ordinary people while it's remained unbeknownst to so many worldwide. I had no idea and I suspect this will be the same reaction for a large majority experiencing this film.

Writer/director Miraz Bezar writes about the deep psychological scars of the country and its people with a sympathetic voice and an unflinching view. Bezar's determination makes all the difference and his efforts can be recognized in both the screenplay and the direction. Before Your Eyes is essential world cinema. 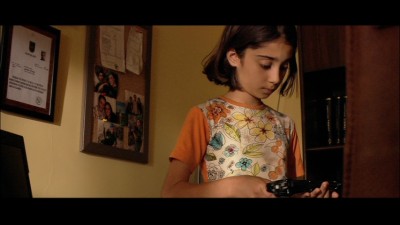 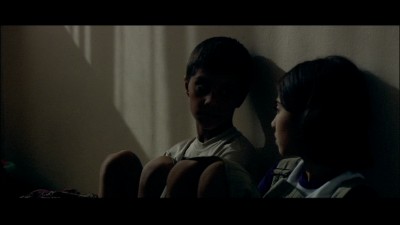 Before Your Eyes has been released on DVD by Film Movement in a lush 16:9 anamorphic widescreen presentation. The cinematography by Isabelle Casez is well reproduced and it stuns with every moment as the photography manages to elevate the production through her contribution. The photography's effective in establishing both mood and environment. The transfer has nice contrast, color reproduction, and clarity with its clean presentation. The original theatrical aspect ratio of 2.35:1 has been preserved.

Before Your Eyes arrives on DVD with two audio options: Dolby Digital 5.1 surround sound and 2.0 stereo. The surround sound option will deliver a better experience for viewers who can play surround sound audio, and the 2.0 sound mix will be more than adequate for any viewers who cannot. Both audio options will perform well in reproducing the dialogue and that is the most important aspect. The surround environment is slightly more enveloping, and the occasional sound effects used are effective. Before Your Eyes is presented in the Kurdish and Turkish languages spoken during the film. English subtitles are provided. 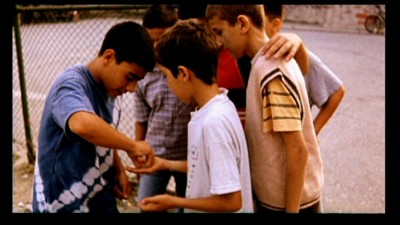 This playful and relatively whimsical short film focuses on a group of children as they play a game that helps them to decide how to take turns in going to the movies. The children do this because of the cost of going to the movies prevents them from being able to go as a group every time. It's a cute and fun piece but it doesn't venture too far into examining these characters. I guess that's not altogether unexpected (even if it's unfortunate to a degree). The downside to this short is that it has been "intentionally left unsubtitled". I would have loved subtitles. The intent was to let these moments feel "rhythmic" in the dialogue. I get it. These moments sound that way either way though, and leaving off subtitles only serves to frustrate those who don't understand the language. An option providing viewers with either choice (to view with or without subtitles) would be nice. Introductory notes about the intended non-subtitled version could've been provided.

A Director Biography and trailers for other Film Movement releases are also included. 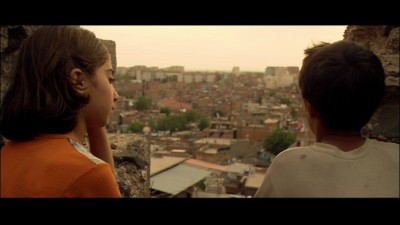 Before Your Eyes has stellar performances by its leading child actors and the story is riveting, thought-provoking, and important. The film brings into discussion Turkey's Diyarbakir metropolis today and the devastating world of political murders that are happening now. This is an eye opening experience and one that will stay with you. Filmmaker Miraz Bezar has crafted an impeccable debut that is worth discovering.