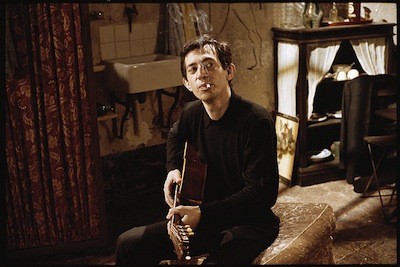 If movies about famous people are to be believed, the old saying is true: the stars that burn brightest burn briefest. In the case of French songwriter Serge Gainsbourg, the fires of his genius were pretty intense, and he had an excellent artistic run; however, judging by the recent film about him, Gainsbourg: A Heroic Life, his trajectory followed the predictable arc of struggle, success, and screwing it all up.

Eric Elmosnino plays the singer. Gainsbourg was infamous for his unconventional looks--big ears, big eyes, big nose--something he wasn't afraid to play up, especially as he developed a Cassanova-like public image. Indeed, in A Heroic Life, we see the young Serge, back when he was Lucien Ginsburg (and portrayed by an excellent child actor named Kacey Mottet Klein), develop a caricature of himself, a fearless and unscrupulous lothario with Nosferatu-like physical features. He is Serge's cartoon alter ego, and since Gainsbourg: A Heroic Life is written and directed by acclaimed cartoonist Joann Sfar, this extra persona takes on added resonance. Serge's Id appears onscreen as an exaggerated figure, one that only the musician can see. He is played by Doug Jones, who was the monster in Pan's Labyrinth and Abe Sapien in Hellboy. Once again, Jones is in a movie wearing an unwieldy mask and finger extensions. He is to gangly costumes what Andy Sirkis is to motion capture.

This and other visual effects sequences--more puppets, and even some animation--all give something special to Gainsbourg. Not content to show the songwriter going through the same paces of inspiration and discovery, Sfar has invented a way to bring his imagination to life. The reason that artists are artists is that they see the world differently, so why not make some attempt to show us what that vision is like? If Serge was a man at war with his own split personality, then make it flesh! 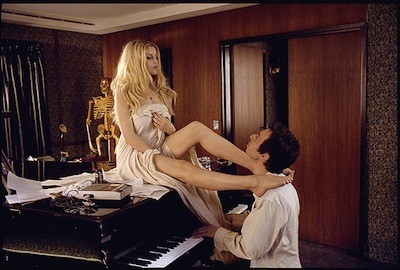 It's a gimmick that works beautifully, and it elevates most of Gainsbourg: A Heroic Life above the standard biopic. Serge had an interesting life regardless--as a boy, he hid from Nazis at a rural boarding school; as an adult, he struggled in music halls before becoming a renowned scoundrel, and he had affairs with all manner of women, including Brigitte Bardot (here played by Laetitia Casta, who practically wears the screen goddess' skin)--but somehow the creative impulse behind his unique music is all the more relatable by seeing how vividly he embodied his lyrical fantasies. Gainsbourg's early career is covered with a respectable attention to the happy accidents and seized opportunities. The film also gives a good share of space to Gainsbourg's romance with his most important muse, Jane Birkin (as embodied by the late Lucy Gordon). Their courtship is represented by only a handful of scenes, but the romance makes a lot of sense. All the while, the film never stops bopping to Gainsbourg's music, and Eric Elmosnino delivers such a vigorous portrayal of this fascinating individual, A Heroic Life almost doesn't need its final act.

Unfortunately, there is a final act, and that's where Gainsbourg: A Heroic Life takes a turn for the average. I suppose it's to be expected that this kind of story will show the star hung up on his own fame and the addictions he's gathered on the way. Around the time Serge and Jane record his best-known song, the gleefully smutty "Je t'aime moi non plus," all the good fortune gets the better of the troubadour. He falls apart, and so does the film. It's not necessarily a bad final act, so much as it is rushed. Whereas prior Sfar was able to convey a lot through carefully chosen moments and impressive metaphors, these last sequences are virtually interchangeable with any other musical biopic. Gainsbourg's toying with Nazi iconography, his patriot-baiting pokes at nationalism, and his troubling alcoholism are portrayed without exploration. The clock is ticking, the good stuff ate up too many reels already.

Then again, that comes as no surprise, it's a failing of the genre. Hell, it happened to Johnny Cash, so it can happen to anybody. Everything else about Gainsbourg: A Heroic Life is so good, Sfar would have really had to go dashing off to some imaginary left field to spoil it. The movie is a worthy tribute to its subject, showcasing the man's endeavors while also capturing the passion behind them. As a motion picture, it's not perfect, but neither was Serge, and embracing such imperfections is a fitting way to honor everything his art represented. 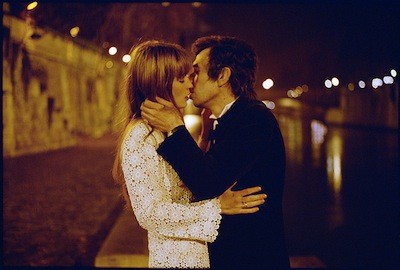