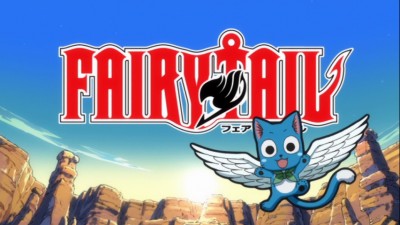 Fairy Tail began airing in Japan in October of 2009. Over 100 episodes have been produced to date. The series is based upon the successful manga series created by Hiro Mashima. It stands out as one of the most notable recent anime series through a balanced combination of quirky science-fiction, fantasy, and an abundance of humor that keep things consistently interesting. The series is also action-packed and focuses on a guild made up of extremely powerful wizards. The series follows the Fairy Tail guild (not a big surprise there!) and the heroes that make up the band of quirky magicians seem goofy, well-spirited, and willing to work together as necessary to complete any mission.

The characters on the show are a central reason as to why the series works so well. It's the character element that grabs the audience attention the most. The central characters in the series are Natsu, a fire-breathing man with dragon skills and possible background, Lucy, an energetic girl who collects port-keys which unleash spirit being's with enough energy to win against any potential threats of the Fairy Tail guild, and Gray... a guy who has tons of skills and who always happens to take his shirt off somehow. There's also a comedic blue cat with the guild who is close friends with Natsu. The cat's name is Happy. Happy has wings and is capable of flying. Another strong supporting character is found with the tough fighter Elza. 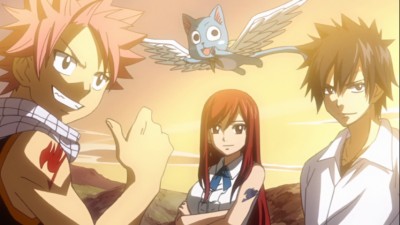 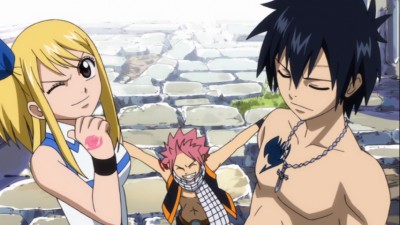 First the good news: Fairy Tail has proven itself. It remains an entertaining show that easily stands out as one of the more interesting new anime series to be produced over the last several years. Now the downside (or flip-side, if you will): This is only the third box-set release from Funimation and things are already starting to show some signs of slowing down a bit. (Cough.)

This collection begins with a multi-episode arc conclusion to the long storyline which began to unravel during the previous set. This particular story was centered upon a rivaling guild that began to be a menacing-foe to our Fairy Tail guild heroes when it decided that it was going to attack the establishment and all of the magical people who help inhabit Fairy Tail. Things were shaping up to a massive battle between both sides and the future of our main guild folks was all up to the lead characters ability to resolve the issue and set things right. Sounds interesting on paper but somehow the writers forgot that the best thing about this series has been the characters and the focus on them gets momentarily lost in the shuffle.

These episodes dragged a bit. It just wasn't as much fun or exciting or well written or fun or... oh yeah, I already mentioned the fun part. You get the idea. The writing became stiff, the characters less-dimensional (is this 1D I'm seeing on my 2D display?!) and the payoff simply didn't seem to be worth the wait. Yet one waits for the conclusion anyway (who in anime-fandom ever skips the filler episodes?), and it was a bore to sit through so many mundane action sequences and to try and keep up with the establishment of these new "villainy" characters who are barely properly introduced to viewers for us to understand fundamentally the reason behind the storyline's existence. Sounds harsh, unfortunately. Fairy Tail seemed to be spinning out of its own story in a matter of a few episodes. That wasn't what I expected going into this set and it wasn't something I was pleased to see.

Maybe the original manga did better. The biggest issue with this long-run story is that it feels cobbled together and without enough glue to actually manage to keep all of these large puzzle pieces in place. Each episode just feels unfocused and as if the writers and crew were simply buying time until they could think up something better to tell. 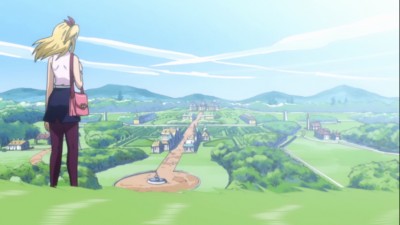 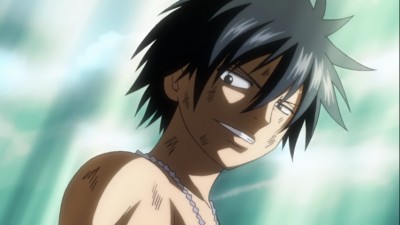 The storyline does resolve a few episodes in and it ends the longest run of sub-par episodes to date on Fairy Tail. Things started to pick up pretty quickly afterwards and by the time I'd reached the final group of episodes on the set there wasn't significant doubt over the future of Fairy Tail. I was enjoying this lighthearted and breezily enjoyable series again. It was the surprise of finding such a poorly-constructed storyline early in the show's run that was most disconcerting. I want to see Fairy Tail succeed as a consistent series that warrants the time and energy spent in its entirety. Perhaps that's too much to ask, but for now it's nice to see that even with some bumps the show already understands how to bounce back to the good material.

This is a series that is at its most enjoyable when it sits back, breathes a little, and allows for viewers to enjoy the goofball characterizations, deeper moments, and sheer hilarity of what ensues in the frequently great standalone episodes. It is also a wonder to just notice how detailed and beautiful the animation can be. It often is.

Some of the standout episodes on this set were the ones that only spent 30 minutes to tell a story. There are episodes on Set 3 with more background history for our lead characters, and another episode even has them performing a theatrical performance to help out a new acquaintance meet the success of his longtime dream. These are the kinds of stories on the show that interest me the most and that show promise for Fairy Tail to remain what should be a long-term success. There is one multi-episode arc later on the set that focuses on a Celestial Spirit character. It is a surprisingly brisk and effective arc that worked wonders -- it all depends on a number of factors.   If you haven't jumped on board this anime series just yet don't let my initial disappointment in this set dissuade you from giving it a chance. The show has lots of potential left that I hope to see fulfilled over the course of many more sure-to-be enjoyable adventures. Begin at the beginning and be prepared to have a pretty good time (at least in most measures). 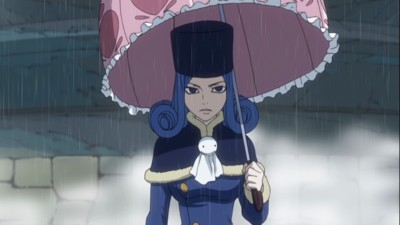 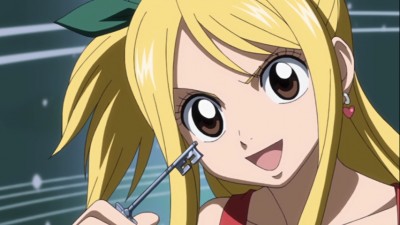 Fairy Tail is presented in a combo pack release which contains both DVD and Blu-ray discs. The Blu-ray presentation is an upscaled 1080p transfer that presents the series with strong, bold colors and good line detail. The transfer is somewhat soft because of the nature of an upscale presentation. These episodes were originally animated to be presented in Standard Definition. Funimation has done an excellent job with this upscaled release. It delivers the series in a solid upscaled SD presentation in the original broadcast aspect ratio of 1.78:1 widescreen. The video quality is every bit as impressive for this third set of Fairy Tail.

Fans are treated to two lossless audio options (which are both encoded as Dobly TrueHD tracks). English 5.1 surround sound provides a slightly more enveloping aural experience with better use of sound effects and music reproduction, while the 2.0 original Japanese language dub is relegated to having a slightly less expansive soundstage. When viewing Fairy Tail's first set I opted more for the original language track but this time around (as with the second collection) the English track won over frequently. It's a pretty good dub, and the third set seems to demonstrate a solid investment made into adapting the series.

The selection of bonus materials is limited on each of the Funimation Fairy Tail DVD set releases. Funimation included select staff commentaries, text-less opening/ending songs, and trailers promoting other anime series released by the studio.

Commentaries are included on the following episodes of Fairy Tail: Set 3: 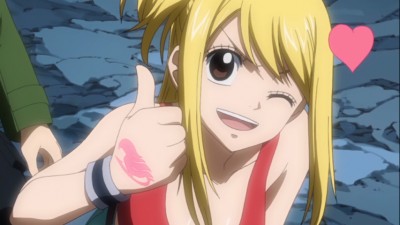 There comes a time in any long-running show where it might face a weak storyline. Fairy Tail has already found one of those moments with this third set release. The episodes are generally better when they remain simplistic in approach and emphasis the journey these characters are on above anything else. These weren't amongst the best episodes of Fairy Tail. Some of the stories were enjoyable and others were disappointing. Just so it's clear: stick around and see where the show goes to next even if this set wasn't a delicious slice, oozing with chocolate-syrup on fluffy cake. The concluding episodes promise that it has a great deal of energy left to tell many more excellent stories. I'm curious to see where the show leads itself to going forward. Recommended.