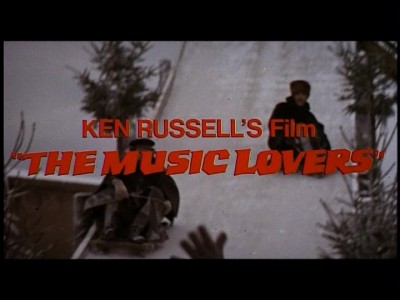 The Music Lovers is in a truly bizarre film that envelops viewers in a surreal landscape of sound and vision. The film stars accomplished actors Richard Chamberlain as Tchaikovsky and Glenda Jackson as Nina - Tchaikovsky's lover. The only issue between the couple's love might be the fact that Tchaikovsky is struggling to repress his homosexuality and to become a "normal" man. Nina also has a strong sexual desire that Tchaikovsky can't satisfy because of his conflicting emotions about his own sexuality. This superb film is a surprising cinematic experience that deserves to be discovered by new audiences.

The story spends most of its time focusing on the uprising success of composer Tchaikovsky and his earlier compositions. The story addresses a romance Tchaikovsky had with another man and without directly expressing the connection in words that "spell it out" obviously, it was undeniably an important element of the screenplay.  The film tells of Tchaikovsky's emotional connection to Madame Nadedja von Meck (who seemed to be one of the few individuals of the time to be completely absorbed by the composer's music) and of the struggle Tchaikovsky had in coming to terms with his mother's death while he was still young. The film addresses some of the early criticisms Tchaikovsky received as well as Tchaikovsky's final moments after creating his sixth and final symphony The Pathétique. Unsurprisingly, the essential element of the film focused on Tchaikovsky's relationship to lover Nina and Tchaikovsky's inner struggles with himself. 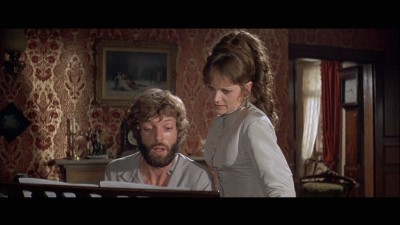 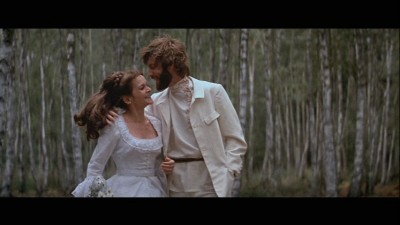 The story is a fascinating one and it is certainly surprising for someone who isn't necessarily an expert in the history of Tchaikovsky. The film explores ideas about Tchaikovsky that are considered historically sound in analyzing the composer yet things are also clearly scripted. The historical accuracies of the film are not going to be perfectly accurate, not only because time hasn't allowed for historians to have a perfect account of every event in the composers life (though an immense amount of information is still available) but because the surrealism used to portray events in the film and the interpreting nature of the screenplay prevents the overall production from becoming a perfectly measured biopic. None of this actually matters in regards to the quality of the filmmaking or the impact it will have on audiences though as The Music Lovers captures a rare cinematic feeling of being a waking dream with half truths and half fictions. The film offers a beautiful display of deeply felt emotions with remarkable direction, nuanced screenwriting, and the exquisite music of Tchaikovsky (conducted by an excellent composer in his own right: Andre Previn).

Richard Chamberlain and Glenda Jackson give terrific performances that elevate the quality of the film significantly. Both performers manage to present their roles with a full range of emotions and depth. The Music Lovers presents a tragic story and both of the lead actors recognize the importance of bringing audiences closer to understanding their characters.

The Music Lovers is well worth discovering for those who haven't seen the film and it is also worth revisiting for any longtime fans. Ken Russell has a unique style of direction that is an amazing combination of subtlety and extravagant visuals that are almost the opposite of a nuanced style but rather bombastic in appreciation of life, music, and the harmony that can be created as a result.  Many sequences in The Music Lovers seem to flow as if they were actually music videos done to the music of Tchaikovsky and that manages to be explored rather successfully throughout the film. Fans of classical music and creative filmmaking should enjoy the unique experience of The Music Lovers. 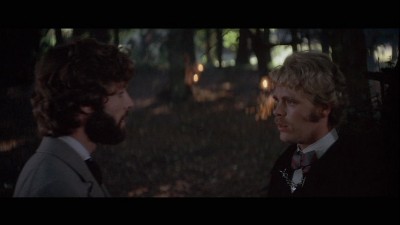 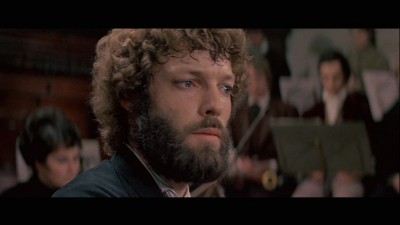 The Music Lovers is presented on DVD in the original theatrical aspect ratio of 2.35:1 with anamorphic widescreen enhancement. The film is presented in the best condition possible without extensive restoration work being done. The image has occasional softness, visible grain, and some dirt or print damage that can be easily spotted on occasion. The image is stable for the most part and generally clean with enough sharpness and depth to make an impressive viewing experience even with the minor print flaws. This is a strong transfer in most ways and it surpassed any expectations considering limitations of the release. Fans will be pleased with the end result.

The Dolby Digital 2.0 English Language track presented for The Music Lovers is more than adequate; it might lack some of the strengths found in a 5.1 surround sound mix but the clarity and depth is worthwhile in reproducing the music of Tchaikovsky. Dialogue is clear and easy to understand. 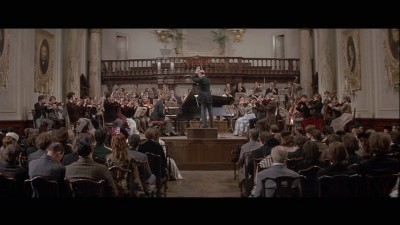 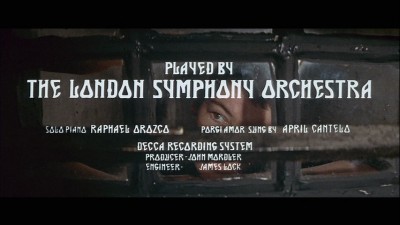 This M.O.D. (Made on Demand) release is presented on DVD-R with artwork in a standard size DVD case by the MGM Limited Edition Collection.

The only included extra is the original theatrical trailer. It's somewhat understandable that a M.O.D. release would contain limited extras so the trailer's inclusion is appreciated. 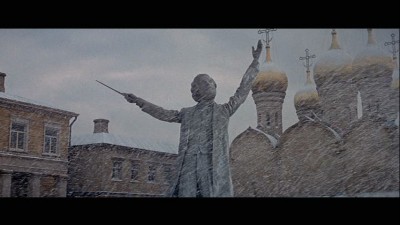 Tchaikovsky is considered one of the greatest Russian composers of the Romantic period. The Music Lovers presents surprising context that some might want to explore further in trying to analyze the music of the great composer. Is the story historically accurate?  In some ways it is and in other ways it is certainly open to debate. The film itself though is superbly made with Ken Russell's dream-like direction and the believable performances from Richard Chamberlain and Glenda Jackson. Highly Recommended.