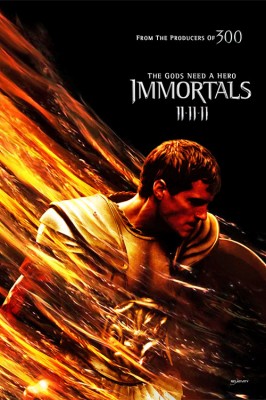 Immortals is a massive large-budget production from critically acclaimed filmmaker Tarsem Singh. The premise surrounds mythological stories with a war between the diabolical King Hyperion (Mickey Rourke) and the Gods who wish to protect the fate of mankind from the destruction the evil king wishes to accomplish through finding a highly-sought weapon of incredible power. The only hope seems to be found in the possibility that a mortal man is chosen to save mankind. Zeus (Luke Evans) chooses for Theseus (Henry Cavill) to be that hero. A prophet who can see into the future by the name Phaedra (Freida Pinto) can also help to realize the possibility of a better future. The safety of the world depends upon the heroics of these select few and the loyal companions who journey with them.

That sounds like a decent setup for a film (and in some ways it is). The unfortunate aspect is that the screenplay by Charley Parlapanides and Vlas Parlapanides is not that impressive. The biggest mistake of this almost entirely misfired effort is that it forgets the fundamentals of solid filmmaking. The storyline is so poorly developed as a whole and the characters are barely developed for most of the run-time that the experience winds up feeling more like a chore to sit through than like a history lesson, a journey into myth, or good entertainment. The lack of a worthwhile story and characters has a detrimental role in every other aspect becoming underwhelming. 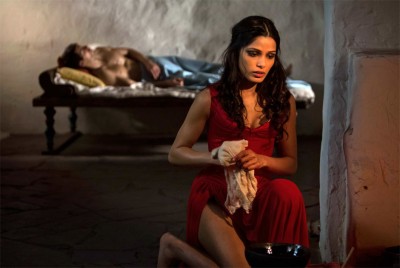 The visuals are often impressive. The film was directed by Tarsem (The Fall) so it shouldn't come as a major surprise to fans of the filmmaker that there are elements to the film that demonstrate genuine knowledge and skill in regards to the establishment of a memorable visual idea. It is unfortunate then that so much of Immortals focuses on an overbearing level of grotesque violence and disturbing imagery that doesn't add to the film, but that removes yet another layer of possibility. One might wonder if the entire goal of making Immortals wound up being to turn the film into as gloomy an experience as possible so storytelling wouldn't have to be a "consideration" of the audience.

The performances left me feeling disappointed. Most of the actors seem interchangeable in their roles to some degree. There simply isn't enough time spent on developing the stories these characters should have had. The real winner is Freida Pinto, who is not only incredibly beautiful but an absolutely talented actress. It is interesting to see a nice performance from her in this otherwise dreary effort. John Hurt also offers some good supporting moments but his character is so briefly utilized that one might wish he had been offered an expanded part to help liven things up a bit. The worst actor in the film is unsurprisingly Mickey Rourke. I'm saying that as someone who has actually been quite impressed by the actor in other efforts. It just seems as though some of the acclaim went to his head a little too quickly as several recent efforts from the actor have demonstrated an almost complete disregard for actually attempting to perform as various characters. Rourke seems as though he is sleepwalking through the same dull performance over and over again in recent productions (including Immortals). 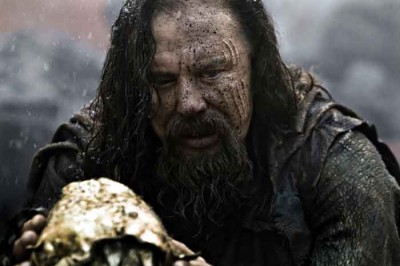 There are many scenes where I wondered what exactly was even happening on screen as it was so haphazardly pieced together that I genuinely felt some degree of confused irritation. The editing and directing is frequently so poor in execution that a slight attempt at drama is followed immediately by another bloodbath, then another, and another... and it all starts to blur together and any intended point of the film feels lost in its own confused scripting. The scope of the film is constantly grand in ambition - that is one area where I felt no confusion or dismay. Yet why was so much effort put into creating a grand scope in technical areas of expertise when the very creation of the film feels unnecessary? For a story that claims to be about immortality it seems as though the filmmakers have forgotten their message to the audience. The film should remember that most cinematic efforts these days can achieve some level of "immortality" on DVD or Blu-ray but that audiences typically only fondly remember the good or great ones.    Immortals is neither and will most assuredly be forgotten by many audience members as soon as the credits start to roll. Thanks for attempting to make a good movie Tarsem, but next time... please try a wee bit more.