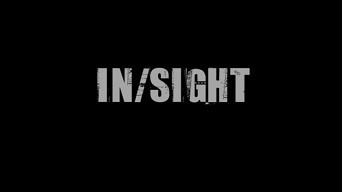 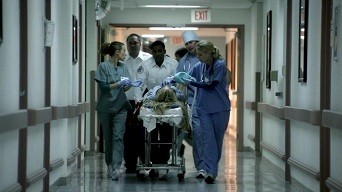 Richard Gabai's Insight (or IN/SIGHT as the opening credits sequence would have it) is one of those films that shamelessly dive into the cliché pool, soaking every possible drop of character stereotype and plot convention it can into a cable TV friendly 90-minute package. I don't mean that necessarily as a criticism; sometimes formula stories can be like comfort food - and this psychological (with hints of the supernatural) thriller certainly delivers a tasty snack: pleasant tasting though ultimately lacking in nutrition and substance. I kind of liked it.

Insight can best be described this way: Imagine if the bestselling thriller author Dean Koontz had written a Harlequin Romance in the 1980s with fellow thriller author Kay Hooper. That's what Insight is the cinematic equivalent of. The movie jams in a brutal murder by a hooded assailant, a young and pretty single woman who seems to have some sort of psychic connection with the victim, a handsome detective for said woman to have a fling with, several suspicious red herring men for the heroine to interact with and interrogate, schmaltzy romance, and the list goes on. Oh, and despite Insight's R rating, Aaron Ginsburg and Wade McIntyre's script even allows for a seemingly interminable sex scene of the PG-13 montage style. You likely know the type: darkly-lit, no actual nudity, and elevator music for a score - though, thankfully, no stock footage of ocean waves. 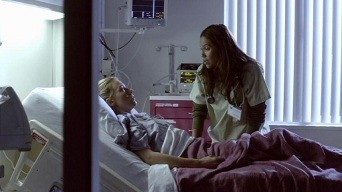 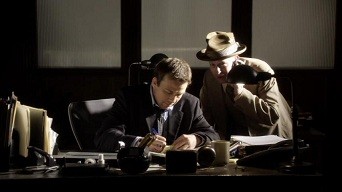 But I like thrillers, cheesy or not - and I like the old Dean Koontz, back when he wrote real thrillers and not the jokey simulacra of thrillers he seems to revel in today, shoehorning too-cute golden retrievers whenever and wherever he can. Throw in a plucky heroine, a mystery puzzle, a few scary "visions," and several suspects, and I can be hooked no matter how many times I've encountered the genre conventions before. And that's why I liked Insight. The movie is a nonsensical thriller run-around operating in a world that never seems "real," yet its familiar genre conceits somehow ring true and fans of this type of storytelling should be passingly entertained.

Insight tells the story of Kaitlyn (Natalie Zea), an ER nurse who, while assisting with the resuscitation of a stabbing victim, is accidently electrocuted by a faulty defibrillator. After recovering from this trauma, she learns that the woman has died - yet she feels like she's communicated briefly with her. Kaitlyn begins having visions of the victim's stabbing and, unhappy with the police investigation, decides to play Nancy Drew by awkwardly involving herself in that investigation. I promise to stop with the Koontz comparisons after this, but the premise has the feel of his novels Hideaway and The Vision. In the meantime, it's clear that something isn't quite right with Kaitlyn herself. She is caring for her dying, bedridden mother (Veronica Cartwright), a mother who seems to mysteriously vanish and then reappear in the house they live in.

As I mentioned before, Insight never feels like a "real" world (though, given the movie's somber twist ending, that might be a propos). Its police detectives dress like Humphrey Bogart in crumpled ties and hats of a bygone era - and they bathe in half-shadows and harass suspects as if they're in an old noir movie. Characters seem to be hiding secrets - even when they don't have any relevant secrets to hide. It's all pulled off, though, thanks largely to a solid ensemble cast that includes Sean Patrick Flanery from the Dead Zone television series, Thomas Ian Nicholas from the American Pie film series, and Adam Baldwin - though special props should go out to the great Christopher Lloyd, who's perfect in an extended cameo as the victim's creepy neighbor.

Ultimately, Insight spins a whodunit web of clichés in a cable television movie form - but it does so without remorse or self-aware humor. And for that, I appreciated the movie. It's not something I would likely watch again anytime soon, but it was fun while it was on. Recommended. 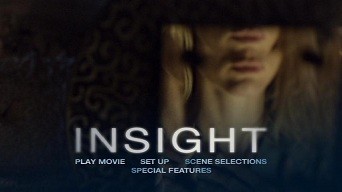 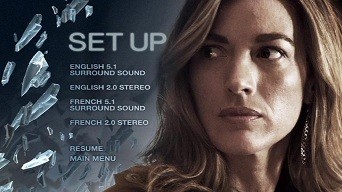 Four audio tracks are available on this disc: English and French language versions of a 5.1 Surround Sound and a 2.0 Stereo mix. The English language 5.1 Surround Sound track appears to be the default and the one I listened to. Dialogue always came across clearly. The score is a bit too heavy at times, but overall, the mix is pleasing enough. No subtitle options appear to be available.

Trailers for Absentia, Brotherhood, Forget Me Not, Lucky, and Another Happy Day precede the main menu. A Trailer option in the Special Features sub-menu access a trailer for Insight itself. The only other extra in that sub-menu is a fluffy promotional Behind the Scenes (4:35) clip that plays more like an extended trailer with a few soundbyte comments from the director and cast than anything else.

Insight revels in paperback-style thriller romance clichés; however, it does so in an unabashed cable television movie style that strangely works. A strong ensemble cast doesn't hurt, nor does its emotional and histrionic - yet satisfying - twist ending. Insight might be cinematic junk food, but it tastes sweet nonetheless. Recommended.