SyFy has brought yet another reimaging of a popular character to the small screen with their Neverland adaptation. This time the hook (pardon the pun) is that the film is a prequel of sorts to what these characters will become. I'm not too familiar with the story, because I've never read the books or seen any of the previous film adaptations, not even Hook.

Neverland starts out easy enough with Peter (Charlie Rowe), as he leads his gang of pickpocket boys all around the city on a thieving spree under the watchful eye of their manager-boss-of-sorts James Hook (Rhys Ifans) who will go on to be the great Captain Hook that we all know and love.

Peter is itching to move on to bigger and better capers, but Hook wants him to slow down and follow his lead. It seems that Hook has been commissioned by a mysterious group to retrieve a special orb of some kind. If he succeeds then Hook will be welcomed back into the high life of a rich society. In other words they'll let him back in with the cool rich kids.

Peter decides to take the initiative and retrieve the orb himself in order to prove himself to Hook, but things go badly and Peter and his gang are transported into a parallel universe where the most unlikely of characters live.

What I found most interesting about the film itself is that it somewhat played by the numbers, but added little hints of familiarity taken or borrowed from other films. Rhys Ifans as James Hook is the best thing of the whole Neverland production. The way his character is portrayed kind of reminded me of Star Wars and Darth Vader. Hook wasn't always a bad guy, he had ambitions, loved someone, lost someone, etc. Anna Friel plays Elizabeth Bonny, who by all accounts, could be considered the "Emperor" of said film. She takes Hook under her tutelage and molds him to do her bidding. I sat there saying to myself, "This is some bloody Star Wars shit!" The way it's staged is brilliant. By the way, Bonny is a pirate who leads a ship in this parallel universe. She's desperate to do away with the native people of the land in order to lay claim to their lands and such. Bonny is a real bitch, make no doubt.

Tinker Bell makes a CGI appearance and is voiced by Kiera Knightly and Bob Hoskins reprises his role from Hook as the character known as Smee. I appreciated that the material was aimed at a slightly older audience. There are several characters that killed by blades, water, canon fire, and are made food for gigantic creatures that roam about. This ain't a kiddie flick, yo. I also liked that at a hefty 169 minutes, the film never felt overlong and just cruised by without boring me to death. I look forward to a sequel but with Ifans rising top of the charts (The Amazing Spiderman), it may be difficult to get certain people back. I'll cross my fingers then. 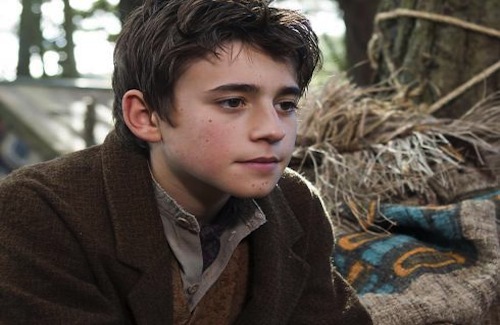 Neverland is presented in 1080p, 1.78:1 widescreen. Given the fact that the film was shot almost entirely on green screen and on a SyFy budget, don't expect anything above average. In fact it's these low budget limitations that show you the inherent flaws of low budget filmmaking. Banding and edge enhancement are present more than I like, but colors are very bold once in the orb universe, but black and contrast levels remain less consistent in the real world. 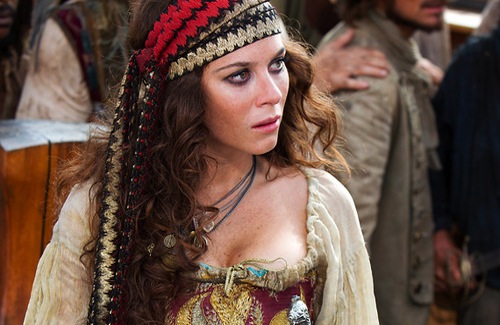 Neverland is presented in DTS-HD MA 5.1. What faults lay in the video, the audio presentation picks them right back up again. Dialogue is clear and focused; the LFE is very impressive and makes its presence known during scenes of cannon fire and various battles throughout. The film also contains several otherworldly creatures and they come off very lifelike in the surround field. It's a fine lossless presentation. 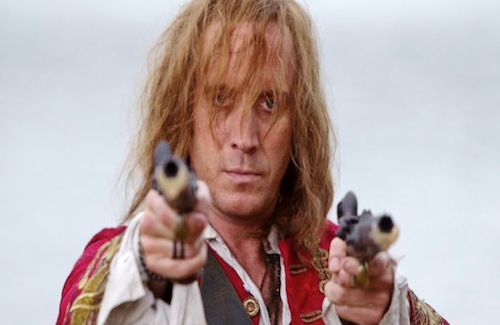 Neverland is packaged quite oddly, because it's only one Blu-ray disc, but comes with some postcards and a deluxe slipcover that opens up to reveal several high-resolution shots of the film. The actual special features contained within this Blu-ray are an audio commentary with Writer/Director Nick Willing who obviously had a great time on this production. There are several interviews with the cast along with some green screen comparison shots. The Blu-ray rounds out with an art gallery and an "all access" pass. 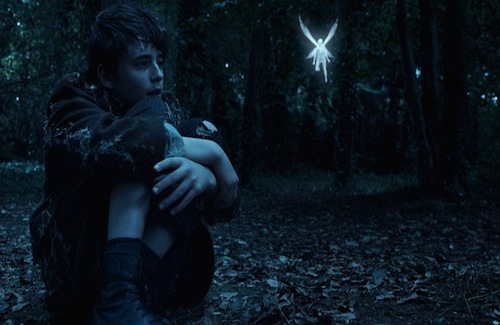 I initially thought the film was going to be a waste of time due to it being a lower budget version of material that I wasn't all too familiar to begin with, but was pleasantly surprised that it wasn't. It was probably to do with Rhys Ifans being in the film and me being fan of his work. I had just watched Mr. Nice, so that probably had something to do with it. Bring on the next chapter!