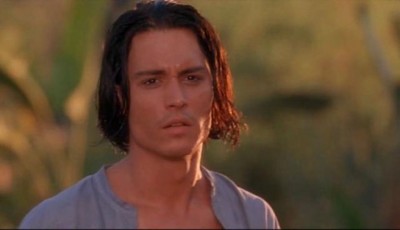 I wanted to begin this review with a slant on how Don Juan Demarco is that rare exception to the rule; a genuinely surprising and satisfying romantic comedy. But it's too affecting and whimsical to merely be referred to alongside the likes of schlock like Fool's Gold (2008), Alex and Emma (2003), and Failure to Launch (2006). Okay, so I technically just did exactly that anyway. At least you got the point. Theoretically, that is.

Don Juan Demarco uses some fantastic elements of the classic story of Don Juan and integrates these aspects into a modernized setting with Johnny Depp playing a young impassioned lover who is confused in so many ways: 1) he thinks he's Don Juan and 2) he's wearing a costume! Luckily, this aloof bumblebee is given some therapeutic (i.e. therapy) sessions with the great Marlon Brando! Alright, if you insist on getting down to the nitty-gritty technical aspects of understanding Don Juan Demarco, these actors also have character names: Depp plays the greatest lover on earth (i.e. John Arnold Demarco) and Brando performs as the fantastic or overrated Dr. Jack Mickler. Personally, given the situation, I thought he was underrated. I suppose that's up to each viewer.   Faye Dunaway continues to be aces with the role of Dr. Mickler's wife.  Dunaway's always been an actress of incredible range, depth, and beauty.

You have to hand it to Jeremy Leven: As writer-director of the cult-smash favorite Don Juan Demarco, Leven created a beautiful film that manages to be as whimsical as it is poetic. The romantic-film genre has often been plagued with a number of disappointments, especially in regards to the so-called sub-genre known as the "romantic-comedy".  Don Juan Demarco is perhaps one of the best examples of a film that manages to fit nicely within that genre while managing to also avoid the looming pitfalls that are typically associated: such as, you know, being so unfunny that you start to wonder why said film was ever really conceived of as a comedy, especially with no visible chemistry between the two leads. Something remotely comparable to that, I'd say. 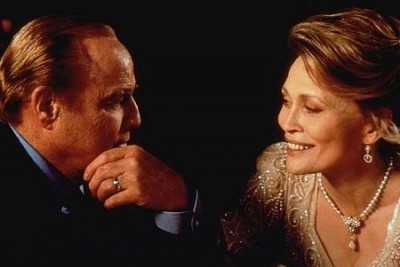 Of course, romantic-comedies can be amongst the best films ever made. It is a genre that has in so many ways received a bad-wrap mainly because of the oversaturation of the market with the "weekly-date-movies" that don't have as high of an agenda. Sometimes studios and filmmakers just want your ten bucks on a Friday-night outing with that new someone-special. Other times, you've actually been granted a magical access to some of the most beloved romantic films ever. Period. It's a matter of priority with the behind-the-scenes folks. Luckily, Don Juan Demarco winds up being on the good-list with care, compassion, and enthusiastic spirit bolstering what already contained fantabulous performances, excellence direction, and unlikely scope. It's an entertaining and grand time at the romantically-cinematic parade. Ahem: I'll have tickets for two, please!

Genuine romance is something that so often leads to comedic elements in cinema, anyway.  Isn't it so much better when you find a beautifully-spirited film with a side-helping of whimsy than to experience a typical and mundane by-the-numbers film attempting to be successful crossing off the set number of expectations on one of those hopefully imaginary  "Hollywood-approved "or "stamped and ready" lists? Come on, you know it is. Of course it is. Who would want schmaltz when you can have romance so precious that it tugs at heart-strings without any artificiality?*

Take a strong premise; mix it with an effective blend of an entirely genuine romantic mood and strong emotions, enjoyable costumes, stellar performances, a creative script, and great behind-the-scenes elements (directing, cinematography, music -- plus much more) and see what that concoction leads to - pure cinematic delight.

Few films want to even attempt to be as charming as Don Juan Demarco.  You want to feel the love?  Experience filmmaking from the heart?  Here you go. Accept no substitution (unless the substitute happens to be Benny & Joon - personally, I'd consider them a great double feature). Even with an eighteen year gap between the original 1994 theatrical release and the recently available Blu-ray presentation, Don Juan Demarco still manages to deliver on every level. 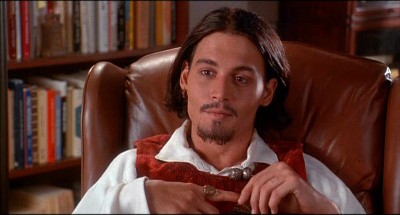 Don Juan Demarco is presented on Blu-ray by New Line Cinema in 1080p High Definition. The 1.85:1 framed transfer preserves the original theatrical aspect ratio. Considering when Don Juan Demarco was made in the mid-90s, this presentation is surprisingly strong for a catalog transfer. Film grain remains intact and colors are appropriately saturated. The cinematography from Ralf Bode is simple but highly effective and it looks even better than ever with this High Definition treatment. Fans should be pleased.

The audio-quality is also quite strong. While it won't be a showstopper, it sounds marvelous for something produced in the 90's. The DTS-HD Master Audio presentation brings clarity, crisp, and satisfying aural sound qualities to the table and overall experience. The film is presented: English (DTS-HD-MA), and Spanish (Dolby Digital).

Bryan Adams - Have You Ever Really Loved a Woman (Music Video) 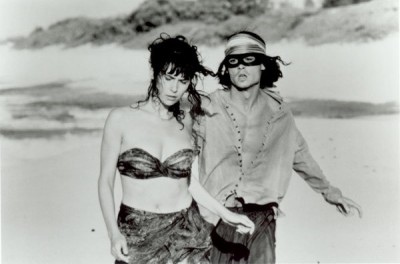 The Ugly Truth is that you might want to set The Wedding Date after watching this film Made of Honor. It's no Fool's Gold, but it is instead a real treasure. It won't help you to learn How to Lose a Guy in Ten Days, but as Rumor Has It, Don Juan Demarco might actually prevent a Failure to Launch. Good Luck, Chuck!

In other words, I loved it.