Littlerock is the story of Rintaro (Rintaro Sawamoto) and Atsuko (Atsuko Okatsuka), siblings from Japan, on their way to San Francisco. Shit happens and they are detoured into one of California's more sleepy towns. The town is Littlerock, which is in the Antelope Valley next to Lancaster. Essentially, they're way off course.

Rintaro and Atsuko have time to kill and join up with some of the local young people to party it up. They spend their time drinking, smoking, and whatnot. Atsuko spends her time turning down the various advances from all the guys in the town. Even language barriers transcend turning down creepers.

Rintaro and Atsuko befriend Cory (or the other way around)(Cory Zacharia), who is one of the local kids that lives in Littlerock. Cory has problems of his own like avoiding certain drug dealing parties that he owes money to. The funny part is that after "you better pay me or else" lines, the same group of people end up hanging out at the same party spots. They do draw a pretty thin line of mixing business and pleasure. Rintaro and Atusko are oblivious to Cory's problems and tag along with him as he introduces them all over town.

Cory is a peculiar guy in that he's extremely needy and whiny, but delivers his lines in an almost improvisational matter. He reminds me of Michael Cera down to the pitch of his voice. It's pretty creepy.

Littlerock has been compared to Lost In Translation, and I can almost see that, but I've never actually seen Lost In Translation, so that's about as far as I can go with that assumption. I do get the hints of commonalities in that both films have that whole "fish out water" set of rules. Rintaro and Atsuko are a fairly attractive pair and here they are totally derailed on their trip up to San Francisco in what looks to be the middle of nowhere where the only thing people do for fun is drink, smoke, drugs, have sex, and ride bikes to pass the time.

One can sense the impending danger, but can't do anything about it. We are flies on the wall and have to sit there and watch Rintaro and Atsuko find their way out of these situations. Littlerock is a pretty cool film that works out really well in the grand scheme of things. It's a low budget indie film at its core, in addition to having a pretty good story to tell. All of the actors seem like naturals, considering that most have never acted before.

If you're on the fence, give it a rental, but if you've got your finger on the trigger, then go ahead and skin that smoke wagon. The Blu-ray is the way to go. 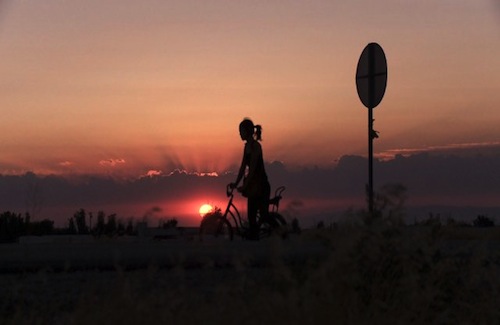 Littlerock is presented in 1080p, 1.85:1 widescreen. The print, unlike the sound, fares much better (we'll get to the sound below). Littlerock is a dusty little town and the transfer captures all the details beautifully. Flesh tones look natural, with no signs of DNR. Kino is known for their ant-DNR stance, and I applaud them for sticking to their guns and not slathering their movies with the stuff. Contrast levels are just right, as are color levels. It may be a dusty little town, but some of the kids featured have bold color palettes with regards to their choice of wardrobe, make-up, and transportation. The high definition picture handles it all with ease. 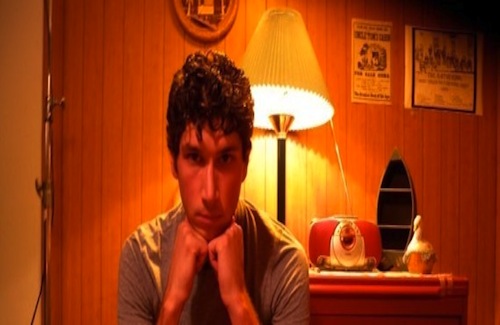 Littlerock is presented in LPCM 2.0. It's an okay soundtrack, but nothing mind-blowing. The feature is low budget, so I doubt that even if the studio chipped in for a lossless mix it sound any better. Littlerock is more of a conversational piece of a film. Dialogue is clear for the most part, I detected a bit of muffled dialogue hear and there, but it was probably due to budget constraints, or lack of more decent sound equipment on the set. It's a straight 2.0 stereo track, but does what it needs to do. 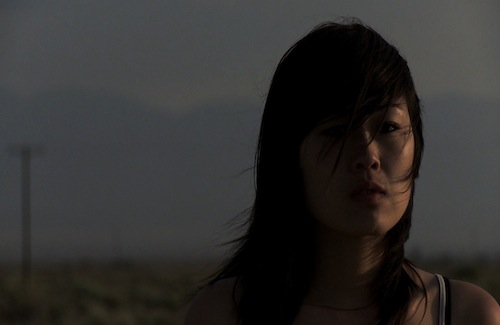 Extras: A bit surprising, this Kino release has a few worthy supplements unlike the usual Kino counterparts that don't have anything. There's a very cool and informative audio commentary with director Mike Ott and the primary actors Cory Zacharia and Atsuko Okatsuka. They speak candidly about their experiences on the set, etc. The special features are rounded out with some deleted scenes, a trailer, picture gallery, screen tests, and a cool festival promo where the actors stay in character, especially Atsuko. 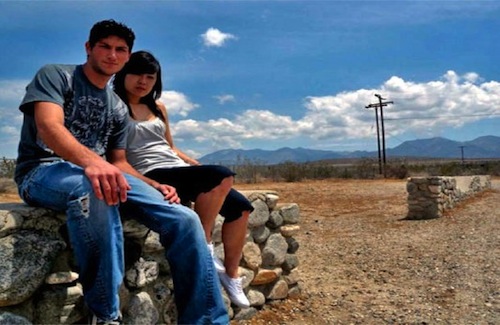 Littlerock is an introspective little film that kept me entertained throughout, but made me worry for Atsuko in certain spots. Here's an attractive Japanese gal who doesn't speak a lick of English out and about in big bad America, where it's extremely easy to be taken advantage of. Will she come out unscathed or be swallowed up? The pace of the film may turn some off, but it wasn't a deal breaker for me. I'll be curious to see what Mike Ott comes up with next, maybe a Littlerock sequel? I kid. No, really...