Secret World of Arrietty, The 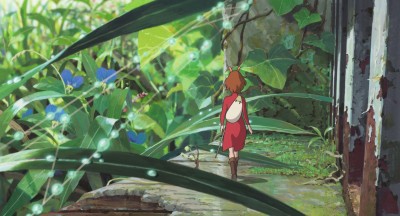 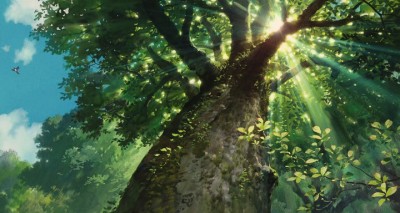 The Secret World of Arrietty is an adaptation (well, at least sort of) which was inspired by Mary Norton's The Borrowers.  You know the book. That one you were required to read in school. It's the story about pint-sized (or are they smaller?) people who live out incredibly normal lifestyles underneath normal-sized human homes. These people borrow sugar and other goods from humans who wouldn't even notice the items went missing anyway. They aren't thieves, goodness no, but tiny folk who recognize that most humans will never miss one piece of sugar when we have hundreds of them. It's logical and never harmful or with malice. It's just borrowing.

The Secret World of Arrietty focuses on the girl named Arrietty, who is fourteen years old and who lives with her parents. She is just beginning to learn the borrowing trade. Then something happens that she doesn't quite expect: a human being sees her. It's the boy, equally young, who just moved into the house. He seems to be rather solemn towards things, but he is kind to Arrietty. The borrower family must decide now whether or not moving from the home in the best thing in cards for them and to try and avoid being noticed by any of the other humans in the household.

Arrietty continues to become friends with the human boy named Shawn. An unlikely but assured friendship grows between them.  The rest of the story unfolds at a slow but nice pace without ever feeling overburdened by plot. It reaches an emotional core that is the essence of the story towards the end. I wouldn't want to describe these moments as the surprise would then be ruined. Just see the film and experience its many small wonders.

Enter Studio Ghibli. The same studio that brought audiences the incredible artistic work by master filmmakers Hayao Miyazaki and Isao Takahata. You probably are most familiar with Miyazaki. He's that guy that made Spirited Away, Princess Mononoke, My Neighbor Totoro, Ponyo, and Kiki's Delivery Service.  Pardon my choice of words... I know some might wince when I say "He's that guy", but seriously, he is that guy. He's a lone person who somehow manages to have enough creative energy in him to write and direct one masterpiece, then another one, without fail. I know filmmaking is a collaborative process and that he doesn't do it all by himself, but still... he is the master of Japanese Animation. No one is better at making anime films than "that guy". Miyazaki understands his craft like no one else does. We'd have a ton of carbon copy Miyazaki films if that wasn't the case. 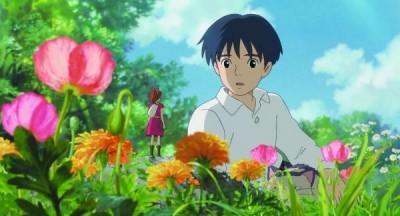 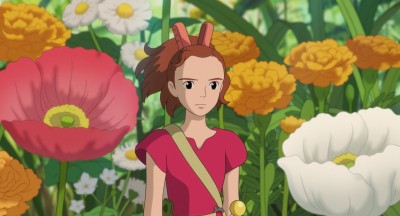 Because this is a Studio Ghibli production there are undoubtedly a few set expectations by longtime fans. These expectations are not without reason. Fear not, the animation remains as breathtaking as always! The lushness of the trees or the blades of grass are felt with the animation. The design of the house is complex and captivating. There is never a moment where something magical isn't happening on screen. This may be one of the best reasons anyone ever experiences a Studio Ghibli production. The artwork simply draws viewers in and makes us believe in the possibilities of cinema to represent art of the highest order again.

The Secret World of Arrietty is a hybrid production. I say this with no reservations about it being anything else. It is Miyazaki's attempt at pulling in new talent to see how things are handled without him being in full creative control. He co-scripted the film and wrote it with Keiko Niwa. Niwa co-wrote Tales from Earthsea with Goro Miyazaki (Hayao Miyazaki's son) and co-scripted From up On Poppy Hill (another upcoming Ghibli production) with the help of Hayao Miyazaki. This is Miyazaki testing a new and promising writer for the studio. The film is directed by Hiromasa Yonebayashi (himself a first time filmmaker), and handpicked by Miyazaki. This is a test of having a new Director working within the studio. Then there's even the music. There isn't a Joe Hisaishi score. The music for The Secret World of Arrietty is composed by Cécile Corbel.

Hiromasa Yonebayashi has crafted an impeccable debut. It's one of the finest directorial debuts that I have ever seen. Maybe not as good as Miyazaki's, but he did set that bar extremely high, wouldn't you agree? The fact that The Secret World of Arrietty is such wonderful filmmaking is a testament to the hard work of all the new talents involved in making the project become a cinematic reality. It is also a testament to the legacy the master Hayao Miyazaki has built.

This is a long-winded way of saying that The Secret World of Arrietty will likely feel familiar in style but also like a new experiment on the road to many more Studio Ghibli productions of stories told by different writers, directors, and featuring different composers. It's a film that clearly has Miyazaki's stamp all over it but it isn't a singular work when compared to what he wrote and directed (with Joe Hisaishi's scores always adding another stroke of genius).

We might as well enjoy Studio Ghibli films while we still have them and go and support these efforts by seeing them theatrically. The Secret World of Arrietty is receiving the largest push that any Ghibli film has received. Don't let it become a box-office flop or disappointment. Please (pretty please) with a cherry on top? Or was that too much...

Films like The Secret World of Arrietty represent the main reason we go to the movies in the first place: to experience magic. There is nothing more special in the world of cinema than that exhilirating feeling. 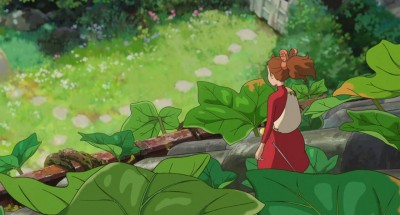 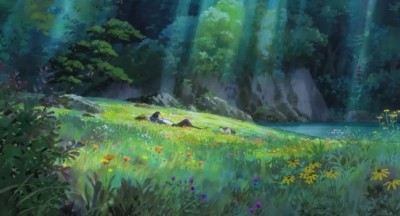