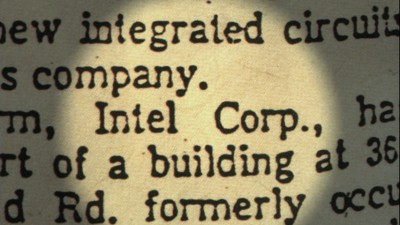 Dan Geller and Dayna Goldfine's documentary Something Ventured, which focuses its attention on the inner workings of venture-capitalist investing and upstart-startup entrepreneurship, is a cipher-like piece of work that, offering much information but little perspective, depends very much on context for its meaning and worth. And that context, at this point, is extremely ambivalent: On the one hand, we live in a time where widespread economic uncertainty and failure might conceivably put a damper on some people's approving, eager curiosity about or enthusiasm for the big roulette table of startups, investments, and public offerings that are the film's more or less exclusive focus. On the other, the mythology of the self-made, creative billionaire -- as demonstrated by the public mourning in the wake of the venerated Steve Jobs's recent departure (Jobs playing a prominent part in some of the film's most interesting stories) -- is still going strong against all odds. Something Ventured thus occupies a precarious position, teetering between fascination on one side and irrelevance (or worse) in the other. 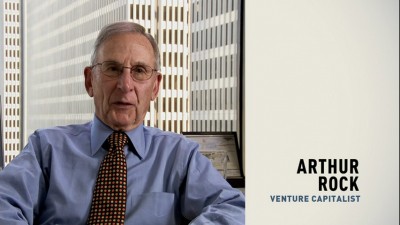 The film is strong in both its research and its organization of its material, which consists mostly of surprisingly candid interviews with those who needed lots of money to fund their brainchild inventions -- including Atari founder Nolan Bushnell, Intel founder Gordon Moore, and Cisco Systems co-founder Sandy Lerner, among many others -- and those renegade investment bankers and financial experts who found their way to providing them with the lifeblood cash flow they sought: Sequoia Capital's Dan Valentine; suave investment firm founder Tom Perkins; and the man who claims to have invented the term "venture capital," Arthur Rock, whose pioneering aid in the late '60s to a group of rebel engineers who split off from a solid but constricting firm to form Intel is the film's starting point -- the first big story of capital and creativity forming a union so successful it made everyone involved richer than they'd ever dreamed of. Geller and Goldfine (who previously gave us Ballets Russes) have dug deep into print and video archives to expand on the anecdotes and explanations of their interviewees as they tell of their (mis)adventures, and the film offers a real understanding of the process by which someone with a product idea or innovation gets invested in and then tried (and, often, fails) to make that investment pay off. They even take us all the way back to modern venture capitalism's founding principles, formulated post-WWII at Harvard Business School by one of Tom Perkins's old professors, French expatriate economist Georges Doriot. 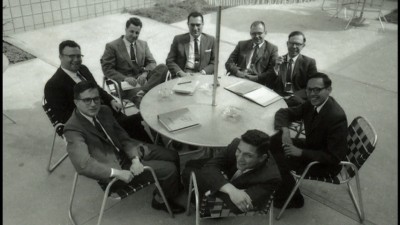 Unfortunately, Something Ventured's substantial informational value also comes with a heaping dose of wide-eyed, almost entirely uncritical awe in the face of the gambling process in which their subjects have so profitably participated. Failure, conflict, and ruthlessness are a huge, endemic part of what all of the interviewed venture capitalists do -- a fact they all verbally acknowledge, but one that's given only fleeting coverage by the starstruck filmmakers. Tellingly, the entrepreneurs they've chosen to participate (who, to their credit and the filmmaker's, are not monolithic but form a diversity of personality types, from Dan Valentine's arrogant, crusty, anti-union boss-man to Tom Perkins's cosmopolitan-cool bourgeois bohemian) are those who have lived to tell after surviving the brutal game of profit-turning; their stories are hardly without their dramatic, cliffhanging ups and downs and reversals of fortune, but it's all been worth it...for these particular players. Everyone pays lip service to the comparative rarity of that kind of success, and to the much more common loss and failure that plague capital-flush ventures, but none of those failures are allowed to speak; this history is being written exclusively by the winners (even Sandy Lerner, formerly of Cisco Systems and one of the few participants who really seems not to have done it just for the money, never has to work another day in her life), and their warnings are as obligatory and ineffectual as those tiny words of caution on a pack of satisfying, addictive smokes. 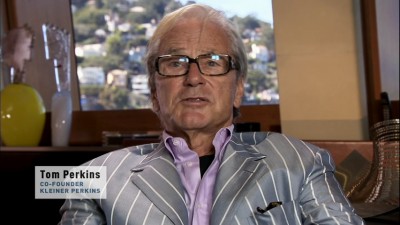 Geller and Goldfine's style of dynamic, contrapuntal editing (in which the frame slides from one interviewee to another to effectively give the cross-pollinating impression of debate, comparison, and contrast between them and their stories) combined with its explanatory narration and background/illustrative documentation is pulled off with skill and some panache, but the result is like a Behind the Music with entrepreneurs and investors instead of rock stars, and that is a very dubious approach, all things considered. Contrast Something Ventured's story of Genentech, a venture capital-financed bio-research startup that undeniably changed and saved many lives, but while reaping huge profits through the notoriously shady, greedy pharmaceutical industry, with the story, as presented by Michael Moore in Capitalism: A Love Story, of Jonas Salk, who refused profit (and even much publicity) for his life-saving, world-changing polio vaccine; then ask yourself who seems smartly, pragmatically opportunistic, and who seems like a hero worthy of valorization. There is no doubt that the story Something Ventured has to tell is dramatic and even sometimes compelling, with all its strivings, conflicts, and hopes and dreams in constant jeopardy. But whether its subjects are venerable or heroes who deserve our adulation and celebration is a wide-open question, and in blithely presupposing a positive answer to that question, the film feels hasty, narrow, and incomplete at best. 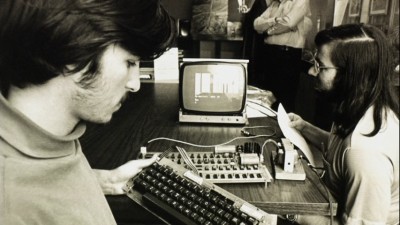 
Mostly filmed on high-def digital video (save for the archival footage) and presented anamorphically at the aspect ratio of 1.78:1, the film looks perfect here. There is no flicker, edge enhancement, or aliasing in sight, and though the film is lit and shot in a subdued way, everything looks vivid and crisp, all colors and darks solid, all skin tones natural.


This is not a film with a huge sound burden to fit into the confines of a home system of any kind, but it does have nice, clear, well-done sound, which comes through sparkling clear on the disc's Dolby Digital 2.0 stereo soundtrack.


--Five deleted scenes (17 min.), including one devoted even further to Steve Jobs (specifically to his mid-eighties nadir, when he was ejected from Apple), one on the burst of the dot-com bubble, and -- one that could have enriched the film significantly -- a bit where our venture capitalists speak forthrightly on the value of failure.

--An insert/guide to the film that offers a handy-dandy way to keep track of who's who among its entrepreneurs and venture capitalists.


Rent It. Sometimes all the juiciness in the world can leave you unsatisfied, and Something Ventured is a case in point. It's not that its parade of entrepreneurs and the money wizards who financed them to success are without their charms (or at least kooky fascination) and their dramatic, involving stories to relate, but anyone who's paying attention knows that everything they have to talk about happened and continues to happen within a closed circuit of money, access, and specialized knowledge that's not only much more fragile than their uniquely profitable experiences might lead us to believe, but also inseparable from a bigger system of finance and economics which is currently the subject of much doubt relating to its ethicality and its actual value to anyone beyond a tiny group of people and their interests. The film is entertaining and enlightening enough, but watching it is like having the inner workings of a certain powerful, unfamiliar machine explained to you in well-articulated and graspable terms while leaving not only unresolved but virtually unraised the very real, pressing, much bigger questions the machine's very existence raises -- the ones about whether its properties and uses are more innately beneficial or inevitably and irredeemably destructive.