"Suckers they be saying they can take out Adam Horovitz!" Yes, and with that seminal quote from the classic song Shake Your Rump from the now classic album Paul's Boutique (Beastie Boys) is Adam Horovitz' (King Adrock) debut alongside Donald Sutherland in Hugh Hudson's Lost Angels, a film that was released 1989 and earning just over a million dollars at the box office.

Tim "Chino" Doolan (Horovitz) comes from an upper class middle family of the broken home variety. After getting himself into lots of trouble his mother and stepfather trick him into a private psychiatric hospital in the San Fernando Valley where he is to be reintegrated back into society. Needless to say Tim doth protests and hijinx ensue, because Tim is deep in the streets. He belongs to a local street gang of preppy boys who have an ongoing rivalry with the local Latino gang.

To make matters worst he gets involved with Cheryl, a local "rich girl" who is just as screwed up as he is, if not more, and things really heat up. Assigned to the case of the rebellious teenager is Dr. Charles Loftis (Donald Sutherland) who wants to rehabilitate young Tim. It won't be easy, because Tim has a problem with authority. Loftis can handle it though, because he's dealt with worst kids than Tim.

Lost Angels is a hefty film due to its two-hour running time. There's lots of ground to cover and is generally consistent throughout. We get a glimpse of Tim's jaded upper middle upbringing with his not always, but just minimally, concerned mother and stepfather. We get to see what Tim does for fun outside of the hospital and that's kick it with his crew and causing trouble. His real dad hates him for choosing to live with his mother, so there's bitterness there, and there's Cheryl behaving like a loop.

Tim is supposed to play a teenager, but in 1989 Horovitz was already in his early 20's, so it was a bit of a stretch to play a teenager. I guess the baby face conceals that, but he does an okay job, this being his big screen debut and all. Donald Sutherland is more than capable as the Dr. with skeletons of his own to deal with. Some of the supporting characters involved are also pretty hilarious and can stand on their own. David Herman (Office Space), John C. McGinley (Wall Street), Max Perlich (My Name Is Earl) are featured throughout the film. Even Pauley Shore (Encino Man) makes an appearance as Kid #3.

You do see and hear about first time actors and how horrible they usually are. I don't think Horovitz was horrible by any means, but he's not going for an Oscar or anything. I did think that he would be relegated to just rolling his eyes and all, because that's all he does early on at his disapproval of everything. I'll cut him some slack for that, because I forget that it's a young man playing a freakin' teenager. The performance of the status quo parents were spot on, but I could have done without the whole half-brother-in-a-gang angle, because it came off as silly. Tim has a half brother that's even worse than he is. Also, this being the San Fernando Valley (West of Los Angeles), there would not be any white-preppy gangs who would infringe on a Latino-Pachuco gang's turf. It has that throwback to the 50's gangs and all, where everyone carries a switchblade, but this was L.A. back in the 80's. It didn't work, in my opinion. Everyone would have been packing some serious heat.

Lost Angels serves as an exercise in independent filmmaking and should be taken as that. It's a cult film, but it has now been released on DVD or this case a DVD-R for you to experience yourself. It's totally watchable and worth a rental, but keep in mind that it's one of these "made on demand" films. Without further a due... 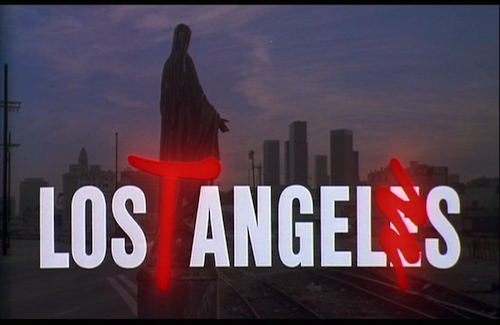 Lost Angels is presented in 16x9 anamorphic widescreen at 1.85:1. Hey, at least we get something. As it states on the packaging itself, Lost Angels is basically a DVD-R, so it's a bit obvious that no care or preparation was taken to mint a nice transfer. This being a production of the 1989 variety, grain is abundant, but so are the bits of dirt, debris, an occasional scratch or two and whatnot. Contrast is somewhat boosted, but that's probably due to the excessively bright daylight shots that were used. Black levels crush, edge enhancement runs wild, and so does the aliasing. Color levels are okay, but watch out for those reds - they band. 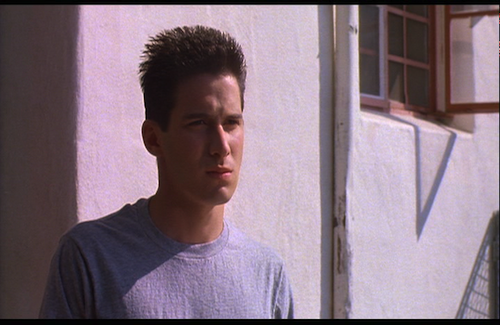 Lost Angels is presented in Dolby Digital 2.0 @192kbps. For a 20+-year-old film I'd say it sounds really good. The soundtrack borders on great, but transitions into cheesiness (there's even a cool Soundgarden track featured). The stereo track handles the tunes nicely, and dialogue is okay. There's not a lot of depth to the sound mix, but that's the limitation of the DVD-R and not the source material. 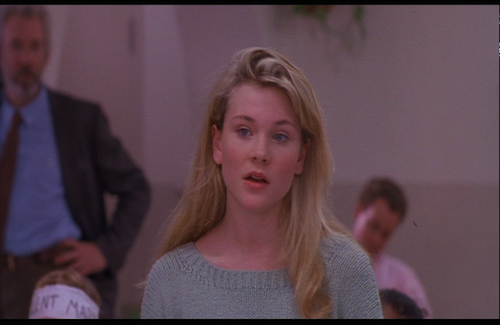 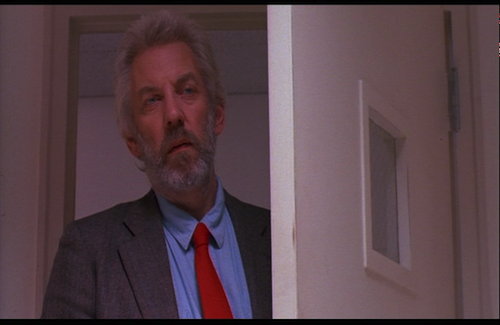 What else can you really say about a film that really wasn't all that great when first released, but found a cult following due to Adam's fame as a musician? I do think that it beats sitting in some vault; it's just a shame that more care wasn't put into the transfer. I am not a fan of these "made on demand" titles. I do hope that the one or two studios currently doing this stop the practice of selling DVD-R's and just release decent versions of films instead of silly "burned" media. It comes off as very "bootleg-ish." Assuming you can find Lost Angels in the rental market somewhere it deserves a rental if just to satisfy your curiosity on whether a Beastie Boy can pull of the acting gig or not, because the 80's would end the following year. Ha.