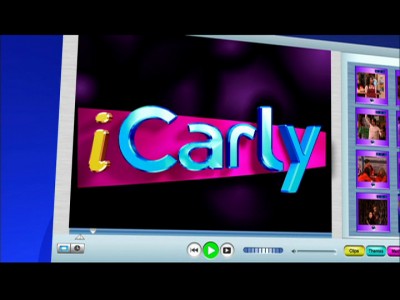 
The Story So Far...
iCarly follows the comedic adventures of Carly (Miranda Cosgrove) and Sam (Jennette McCurdy), best friends and co-hosts of a popular web series, shot with the help of their tech-savvy pal Freddie (Nathan Kress.) Living without parents and watched over by her flighty artist brother/legal guardian Spencer (Jerry Trainor), Carly is always getting roped into new situations, either through her own actions or those of her friends. The show has aired on Nickelodeon for several seasons, while there have been several iCarly DVD releases to date, and DVDTalk has several reviews.

The Show
The announcement has been made that iCarly is filming its last season, with the final episode set to air in November 2012, which makes this set the second to last DVD release for the series. Shorter than the previous quite-short season, it certainly has the feel of a show that is winding down its time, as the show's titular teen is much less a focus this time around, getting a grand total of one episode in the spotlight, while one episode puts her in a B plot, and another sends her away for nearly the entire episode. For some shows, an increased emphasis on the ensemble helps enhance the show, but here, it feels more like an attempt to find something new to do with these characters, and the show's declining ratings point to an audience that's not buying it.

Following on the "shocking" finale of the previous season, where Sam kisses Freddie, the early going in this season is dominated by the "Seddie" storyline (which is the core of the first four episodes (or nearly half the season.)) (It's worth noting that the episodes in this set are presented in production order, which messes with the story, as the first episode on the set has the duo dating, while the second has Sam dealing with her feelings for Freddie, while they aren't a couple.) Considering how awful Sam was to Freddie for 80-something episodes, it's really weird to see them together, and it does disturb the show's dynamic, turning Carly into a third wheel. The storyline expands to include the increasingly self-assured and creepy Gibby (Noah Munck), who sees his chance to form a relationship with Carly, and Freddie's mom, who doesn't know what's going on and doesn't like Sam. 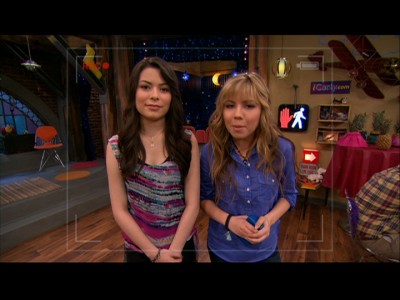 This focus on all things not Carly continues throughout the season, with increased airtime for the smoothie-shop manager T-bo, who moves into Freddie's apartment, and two episodes that sit Carly on the sidelines. For Sam's birthday, the gang gets her a tour of the Canadian production plant for her favorite snack cake, a version that's banned in America, and everyone but Carly goes with here, as the star of the show gets stuck in the bathtub, with her toe in the faucet. Meanwhile, in the oddly-named iBalls, Carly's sent away to care for her grandfather, leaving her web show in the hands of Sam and Freddie, who's been struggling with the public's perception of his role on the series. Looking at the 11 episodes, Carly is maybe the star of four episodes overall, and history has shown that the show is at it's strongest when Cosgrove is front and center with her quirky charm.

There are a few memorable episodes this time around, thanks to a special guest star, a return from the past, and a questionable carryover from the world of Victorious. An episode about the gang setting up a long-distance birthday party for Sam and Spencer's perpetually-travelling father opens up the opportunity for a visit from First Lady Michelle Obama, whose daughters are a fan of the series. Her youthful, go-for-it appearance on the show serves to remind viewers that she's probably the coolest First Lady in the country's history, but also shows just how dowdy other First Ladies have been, especially when contrasted with the last memorable First Lady sitcom appearance, when Nancy Reagan met Arnold Drummond on Diff'rent Strokes. Man, it's been a while. (Joining Mrs. Obama is SNL-star-in-waiting Taran Killam, in an odd straight-man role as a Secret Service agent.)

One of the odder and more enjoyable past episodes of iCarly was "iPsycho," where the group meets Nora Dershlit, a crazed superfan who locks them in a basement prison so she'll always have them. Well, in the two-part "iiStill Psycho," Nora's up for parole, and Carly's a big softie, so she suggests Nora's released, which, predictably, is a bad idea. Another trip to Nora's basement leads to more criminal imprisonment, and some disturbing performances, which is a bit in contrast to the show's usual tone, but somehow the madness works, and, for the first time in the show's history, Freddie's mom is an entertaining character.

On the downside, someone thought it was a good idea to bring over the blooper episode concept used on Victorious, where the British "actor" who plays the puppet Rex on that series hosts an interview show, and shows the actors' bloopers. It was awkward on that series and it's awkward here, as he's abusive to the actors, with the exception of his favorite, Gibby, and the episode spends more time on the bit than the extertaining screw-ups. Going back to the well did nothing to improve the idea. 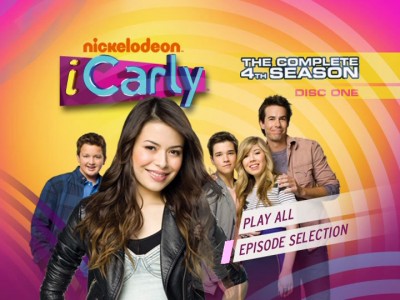 The DVDs
In a clear single-width keepcase, this two-disc set offers up the 11 episodes that made up the show's fifth production (two of which make up a two-part special.) The discs have static, full-frame menus, with options to play all the episodes, select shows and check out the extras (on the second disc.) There are no audio options and no subtitles, though closed captioning is included.

The Quality
To my continued disappointment, the episodes are presented in letterboxed widescreen. But at least the presentation is consistent, as the transfers look quite nice, without an issues with compression artifacts. Colors are bright and cheery, without going too far, while black levels are solid and the level of fine detail is decent for DVD. You've got one last chance Paramount. Let's see season five in anamorphic widescreen.

The audio is delivered via Dolby Digital 2.0 tracks that are crisp and clean, with standard balanced sound, as you'd expect from a basic cable series. It's nothing to test your sound system, but there's nothing negative of note either.

The Extras
If the show felt like it was somewhat going through the paces this season, the extras didn't even make that much of an effort, with zero iCarly extras included. Instead, you get five episodes of Nickelodeon's recent series debut, How to Rock. It tells the story of Kacey Simon (Cymphonique Miller), the most popular girl in school, who, when she has to get glasses and braces, gets kicked out of the popular clique, and ends up in a band with four less-popular kids, but finds they are better friends. These seemingly random episodes from the show's on-going first season didn't impress much, focusing on school popularity and music, though the male leads are amusing to watch, embracing a goofy tone. 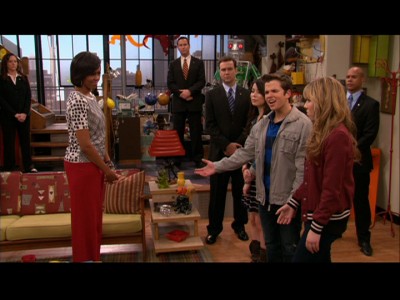 The Bottom Line
The end is nigh for iCarly, and while it may go out on a high note in the end, this season was not the best of the bunch, with too much "Seddie" and not enough Carly. At least the DVD look and sound solid (though again, they are not anamorphic widescreen), because you're not getting any bonus Carly (though How to Rock fans might be happy.) Some of these episodes seem to rarely air on Nickelodeon though, so fans might find it worth it to pick this set up for their collections.