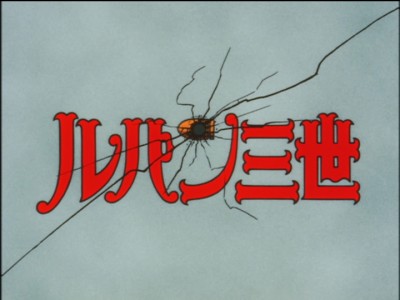 Based upon the original comics by Monkey Punch, Lupin the Third: The Complete First TV Series aired for two seasons and had episodes in the run that were crafted by famed directors Hayao Miyazaki and Isao Takahata, both of whom would later form Studio Ghibli. The show followed the famous thief named Lupin the 3rd on his various escapades.

Lupin the 3rd is one of Japan's most iconic anime characters and a fan favorite for decades. Lupin has stayed around long enough to see several generations of followers. The beginning years were quite a bit different then the following (or more recent) incarnations of the character in animated form. Things blossomed in the beginning in surprising ways.

First of all, Lupin the 3rd began as a series after a successful pilot was given the go-ahead by the production company TMS Entertainment. The early pilot and the first few episodes to follow it were different from the early Lupin incarnation now made famous by the creative team behind many of the early episodes. The proposed version of Lupin seemed to be mean-spirited and he lacked the charisma that made him such a lovable character. Lupin is supposed to be goofy, a huge hearted kid of a man, and a constant adventurer who places the lives of others above his own. That is the Lupin that Miyazaki and Takahata cherished and the Lupin that became the iconic character that is still considered vital and relevant today.

Luckily, this proposed idea of Lupin in anime form was short lived. The early episodes are less adventurous and comedic but Lupin never actually made it to an obnoxious stage in the earliest of episodes. In fact, even the earliest episodes still have the occasional good moment. Yet it is upon the spirited arrival of Miyazaki and Takahata as the creative backbone of this early series that it takes flight as an amazing anime experience and as a precursor to the incredible work still to come from these artists. 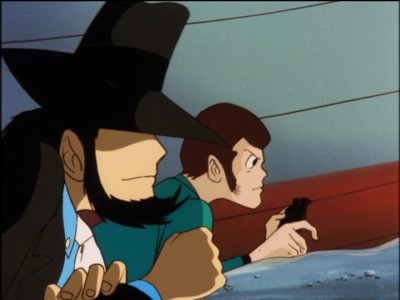 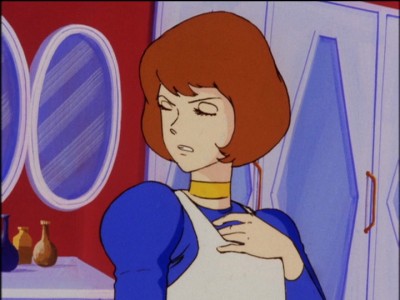 Lupin never seemed to be into stealing for the money and was more of an adventurer who liked to put himself up to various complicated missions. Joining Lupin was his kind-of girlfriend of similar fame, Fujiko (who almost always liked to double-cross Lupin and try to steal all the money). Lupin's partner was the quietly intense Jigen. Sometimes he was the one who had enough brains to help Lupin complete his missions; other times he was the one with a good ability to just get things done. Goemon occasionally joined Lupin's team as one of the great living swordsmen. Lastly, Inspector Zenigata was the determined police inspector who tries constantly to get Lupin but almost always comes up short. The funniest thing about Lupin is perhaps how he and Inspector Zenigata are basically fond admirers of each other. Lupin and Zenigata are almost like friends even without them ever willingly saying as much.

The basic plot is that Lupin attempts to steal something or save someone (while being confused for attempting to steal something) while being chased by Inspector Zenigata. Lupin enlists the dedicated help of Jigen, the occasional help of Goemon, and the possible-help or double-cross Fujiko has planned. The bad guy's usually fail in the end and Lupin helps consistently to save everyone, whether that is himself and his comrades or some helpless people in bad situations.

Miyazaki would later expand his Lupin experience with his debut feature film. A film entitled The Castle of Cagliostro, it was the second film released within the expansive Lupin canon. Miyazaki's follow-up to these early episodes was a stepping stone of all that he had learned while working on the series and it was a sign of things to come for the great writer/director.

Lupin the Third: The First TV Series is basically divided into three core parts. The earliest episodes of Lupin the Third were directed by Masaaki Osumi and while there is some good entertainment that occurs during a few of these episodes it can tend to be a bit more sporadic and it is all over the map with varying degrees of quality. This portion is for the eight episodes introducing the show. The second section consists of episodes where Osumi continued to work on the show but with the added addition of Miyazaki and Takahata. It surprisingly seems that these episodes tend to be uneven too (even with episodes that supposedly had more involvement from Miyazaki and Takahata). Lastly, the final third of adventuring with Lupin the 3rd is entirely the work of Miyazaki and Takahata. These are absolutely stellar episodes and they are undeniably close in spirit to The Castle of Cagliostro: these particular episodes contain great comedy, character moments, and thrilling adventures.

This collection will make a solid addition to any Studio Ghibli collection. With the involvement of Miyazaki and Takahata, watching these episodes is a lot like experiencing early work in preparation for their later masterpieces. The Lupin character (and supporting characters) definitely happens to be great fun too. Anyone who enjoyed The Castle of Cagliostro is absolutely going to enjoy watching any and all episodes directed by the Ghibli geniuses. 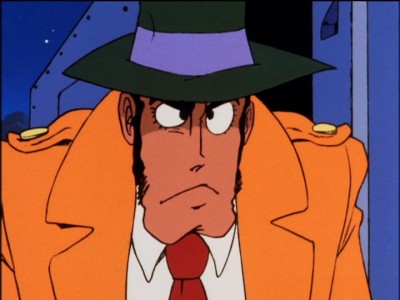 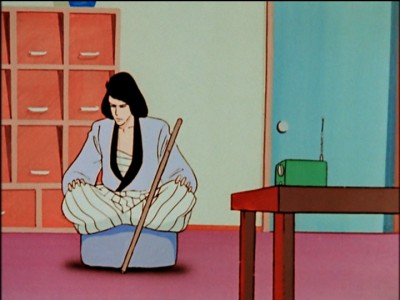 The 1.33:1 full frame presentation properly preserves the original broadcast aspect ratio and longtime fans of Lupin and newcomers alike will find plenty to appreciate about these DVD transfers. The bitrates are uniformly high and the image is mostly clean and free from print damage or deficiencies. The image does have some slight grain but this just helps to retain important detail. It's a pleasant presentation on the video front.

Here is where things become a bit trickier to consider. The audio is inconsistently handled. The 5.1 surround sound presentation is better than I expected from this series. It certainly exceeded my expectations for a remixed version based around a 2.0 presentation. The sound effects and scope of sounds is more convincing this way. However, the 2.0 audio is the way to watch the show with the original mix and the bitrates are lower. I also noticed a slight audio delay on a couple of episodes on the last disc. This seemed to be a minor time delay with the 2.0 audio. Viewers without a keen eye and ear won't notice but those of you who are especially picky might find it a minor annoyance if you lack the surround sound option as an experience. I certainly think the results are mildly disappointing. Dialogue is clear and easy to follow.

The series is presented in Japanese with English subtitles. No English dub option has been produced. 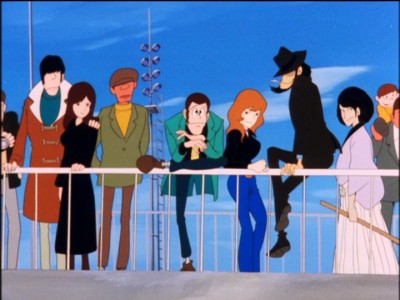 The supplemental section shines magnificently. You can tell straight away that a lot of hard work went into this aspect of the release. I was impressed. The best thing about the release is the notes. These contain detailed information about who worked on each episode (from scripts, direction, storyboards, etc.) and facts or interpretations specific to different episodes. It made the overall experience much more enjoyable. These notes add a huge value to the set that is appreciated. Essays and notes are by Reed Nelson (Lupinthe3rd.com) and additional essays are by Daniel Thomas MacInnes (The Ghibli Blog). Select episodes also contain audio commentaries with background information and history related to the show.

Lastly, the original two pilots are included. I didn't care much for either of them but I was absolutely appreciative to see them as supplements. It gives a better idea of how the show ultimately began and gives a clearer picture of how things developed over time too.

I can't imagine Lupin fans being disappointed by these extras. I expected this release to have little in the way of supplements, and I was more than pleasantly surprised with the wealth of information and by the clearly noteworthy efforts from those involved. 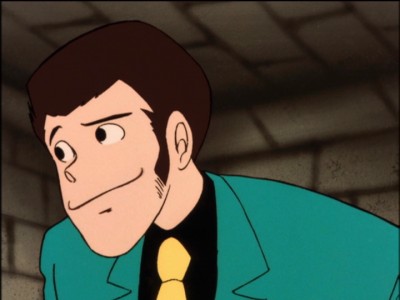 Lupin is one of the greatest anime characters of all time. The early episodes directed by Hayao Miyazaki and Isao Takahata are fantastic to behold. If you consider yourself an anime fan this special DVD collection of the first two seasons (the original Lupin episodes) is a must watch. Fans of The Castle of Cagliostro will love this collection. Consider it a worthwhile purchase.