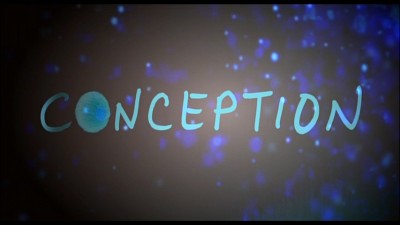 
The Movie
I was going to lead off this review by feigning confusing Conception with the Christopher Nolan mind-bender Inception, but once I started writing it, and tried to come up with something to compare to the spinning totem, it felt like a long way to go for too little pay-off. However, I would love to see a Funny or Die trailer for Christopher Nolan's Conception.

Conception from Josh Stolberg (writer of Good Luck Chuck and Piranha) is not mind-bending in any way, instead showing how nine couples deal with sex and its effects, namely the whole baby-making thing. The film threads their stories together through editing and split-screens, as they fight and love and so forth, but thankfully Stolberg (mostly) resists the temptation to tie them all together Magnolia-style. It's just a series of stories about a similar topic told by the same storyteller. Unfortunately, thanks to the title of the film, the focus of each story is telegraphed well in advance, so you're waiting for events to play out, which is basically entirely through conversation. Again, unlike Inception this is no action film. 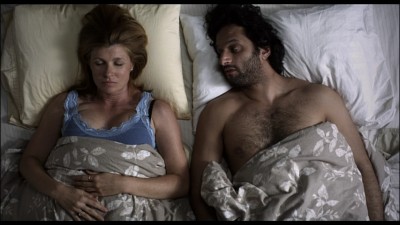 Though everyone gets a similar amount of screentime, the key couple is Gloria (Connie Britton) and Brian (Jason Mantzoukas) a husband and wife having trouble conceiving. Their slice of life, involving Brian's difficulty with injecting his wife's fertility treatments and the unloving nature of sex purely for procreation, is very funny, thanks in large part to Mantzoukas, who is utterly unable to not be hilarious. His reactions to his wife's efforts to encourage conception are very true and hysterical, but he could probably just stand around in his black bikini briefs and still get laughs (and he kind of does at times.)

The other couples the movie looks in on include a couple who have lost interest in sex, a divorcee and her younger lover making a sex tape, a pair of lesbians looking to artificially conceive, a couple with a newborn, a blind date, a pair on the verge of a nasty break-up and a couple of teens. In all of these cases, with the exception of the sapphic duo and a coupling built almost entirely on enthusiastic sweat-inducing sex (the only one with nudity involved), the intercourse and the moments leading up to it are awkward and uncomfortable, and quite realistic, even if there is more talking than you might usually find in such situations.

Though it's a low-budget indie flick, this movie has a big-time cast, featuring Julie Bowen and Sarah Hyland of Modern Family, Louie alum Pamela Adlon and '80s veteran Jonathan Silverman, along with familiar faces like David Arquette, the awesomely-named Moon Bloodgood and all-grown-up Leah Pipes. No one's performance is out of place here, with Silverman and voice-over actor Alan Tudyk fitting the feel of the film best, while the stories tended to blend together well, though the blind date was a bit too goofy to fit in with the rest. On a side note, though you get hints of naughtiness from her character Claire on Modern Family, seeing Bowen as a sexed-up hussy here is eye-opening.

Stolberg manages an impressive feat by bringing together these tales in a way that keeps you engaged even when you haven't seen the characters in a while, due to the sheer size of the cast of characters. That all they are doing is talking, aside from a few moments of physical comedy, makes the act all the more impressive. Sure, having a talented cast helps, but it's Stolberg who was able to make the characters work and the stories flow. 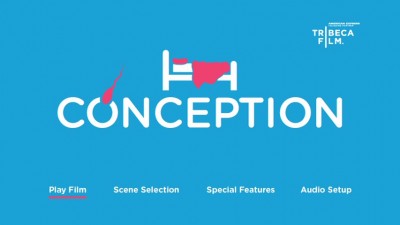 The DVD
This one-disc release arrives in a standard keepcase in a slipcover that repeats the cover art. The disc has a static anamorphic widescreen main menu, with options to play the film, select scenes, check out the special features and adjust the audio. Audio options include English Dolby Digital 5.1 and 2.0 tracks, and while there are no subtitles, closed captioning is included.

The Quality
Taking place largely at night (a.k.a. sexy time), the movie is quite dark, but not oppressively so, and the transfer captures it well with solid black levels, and color that's appropriate for the image. It's not the sharpest image ever on DVD, but there's a good amount of fine detail, and no noticeable concerns about digital artifacts or dirt or damage.

The Dolby Digital 5.1 track does its job, keeping the dialogue crisp and easy to understand, while the omnipresent score maintains separation, with some enhancement in the surrounds. It's not an aurally challenging film, so the mix isn't dynamic nor bombastic, but it works for this movie.

One weird note: it seems like the first scene was almost an afterthought, as the sound and video are nothing like the rest of the movie, sounding shallow and low, and very dark. At first it seemed like it was going to be a dismal experience, but things improved right after.

The Extras
A 2:40 interview with Stolberg and producer Leila Charles Leigh kicks things off, as they talk about making the film, but it feels more promotional than informative.There's better content to be found in the nearly 38 minutes of deleted scenes, which cover pretty much all of the movie, revealing more detail about the characters. Nothing here could have been vital to the film, and it was wisely cut to keep the film at a manageable length, but it does round things out if you like the characters.

The other extra is an almost 25-minute long reel of outtakes from the movie. This isn't a gag reel like many outtakes extras, but rather shows you a bit of an inside look at the process of making a movie. You get to see a fire break out on the set, see helicopters interfere with sound and various other foul-ups, along with some of the usual goofiness you get from outtakes. 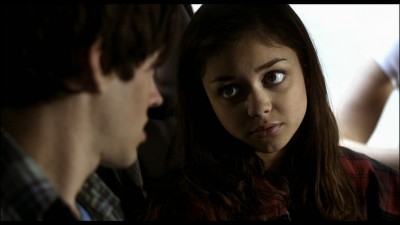 The Bottom Line
Conception is a solid little blended anthology about sex and its outcomes, powered mainly by the performances of Mantzoukas and Britton, though there are a few amusing bits from the other stories. Considering the film's task of pulling together nine disparate tales, it does a nice job of it, and it resists, for the most part, the need to make the stories intersect. The disc looks and sounds like the high-end low-budget flick it is, and there's a surprisingly large amount of bonus footage to check out. Fans of character studies should definitely give it a look, and if you enjoy Mantzoukas, it's a must see.